We make a drink at work called “The MD.” It’s high in vitamin C and contains spirulina to help boost the immune system. Of course, one of the most frequently asked questions I get is, “What is Spirulina?” Usually, I give a vague answer. It is a blue-green algae that is chock full of vitamins and nutrients. Aside from that, I really don’t know where to start. It is like trying to explain why spinach is good for you; sure it is high in iron, but there are many other reasons to eat it. (Spirulina is actually more nutritious than Spinach anyway.) So much it would be pretty silly to just belt out all of its vitamins.  So I’ve decided to break it all down here. 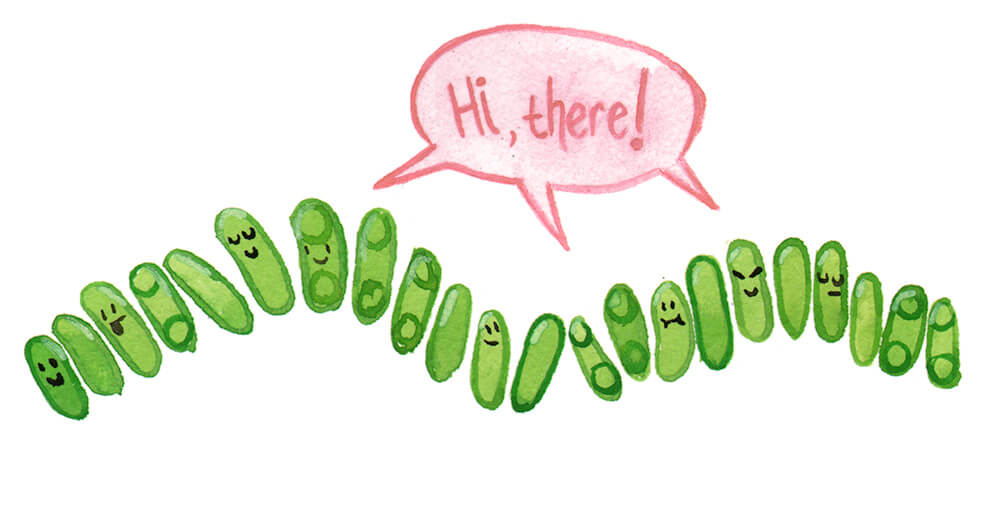 Hi, there! We are spirulina!

What the heck is Spirulina

Spirulina is a “sea vegetable,” a popular term to make algae and seaweed seem less “freaky.” Spirulina comes from the Arthrospira genus, one of the earliest living organisms to grow on earth. Although there are many different species, the ones cultivated for food are Arthrospira platensis and Arthrospira maxima. It was previously thought that Spirulina was part of the Spirulina genus, due to the similarity of the shape. Dispite the change of genus, the name sticks when it comes to its common name. The name Spirulina derives from the spiral shape of the organism when viewed under a microscope. Spirulina’s native romping grounds are Africa, Asia, Central and South America.

Spirulina’s taste can be difficult for people to articulate. Some people love the strong taste, me being one of them. And some people find it overwhelming. It can be pretty hard to eat more than one teaspoon to a tablespoon in one sitting. But keep in mind, one brand of spirulina tastes different from another. Think of it like any form of produce, it will taste different depending on the conditions it needs to grow in.

Spirulina was popular amongst the Aztecs. Some scientists speculate that the Aztecs used spirulina as their main source of protein. The earliest documentation of this comes from Cortés’ soldiers, who describe the Aztecs eating a green cake cultivated from floating algae from the pond. But there is no record of it being a natural food source after the 16th century.

In Africa, near Lake Chad, spirulina is harvested in a similar manner. It is cultivated in the sounding small lakes and ponds of Lake Chad. There, spirulina is dried into small cakes which is used in broths for meals.

Today, spirulina flourishes on the health food market. NASA has even considered using it for their space program, but has trouble finding practical uses as an ingredient in foods. Lets face it, smoothies and powders don’t do well in zero gravity.

Vitamin breakdown: Spirulina contains thiamine, riboflavin, folic acid, vitamin A, vitamin C, vitamin E, iron,  zinc, beta-carotene, and chlorophyll. There are many other vitamins present, albeit in much smaller quantities. Its an all natural, powerhouse supplement thats great for immunity and detoxifying the body.

Some studies have found that spirulina can reduce allergy symptoms. When patients consume two grams of spirulina a day over the course of six months, their nasal discharge will decrease dramatically. That means you would only need to consume 1 teaspoon a day to reap the benefits!

On the flip side, after working at a restaurant and interacting with many people, I found that quite a few people are actually allergic to spirulina. The numbers are fairly low, but I recommend to sample it in a drink or to bum some from a friend before purchasing an entire bottle. You can also try its cousin, chlorella, which is another blue-green algae that can be used as a supplement.

Just like all of our food, if it isn’t cooked, grown, or raised correctly, spirulina can be harmful to us. The bigger problem is that spirulina, by US standards, is considered a supplement not food. This means there is little regulation of its production. So, occasionally, batches of spirulina may have other competing harmful blue-green algae growing in it. The harmful algae produce microcystins which can cause an upset stomach and even liver cancer.

Spirulina is kind of treated as a add-on to recipes. Most online recipes seem to incorporate just a little toss of spirulina, not really utilizing its flavor. It is a tricky food since it tends to make everything bright green. The fastest and perhaps easiest way to get it in your system is to mix a teaspoon with a cup of almond milk or orange juice. 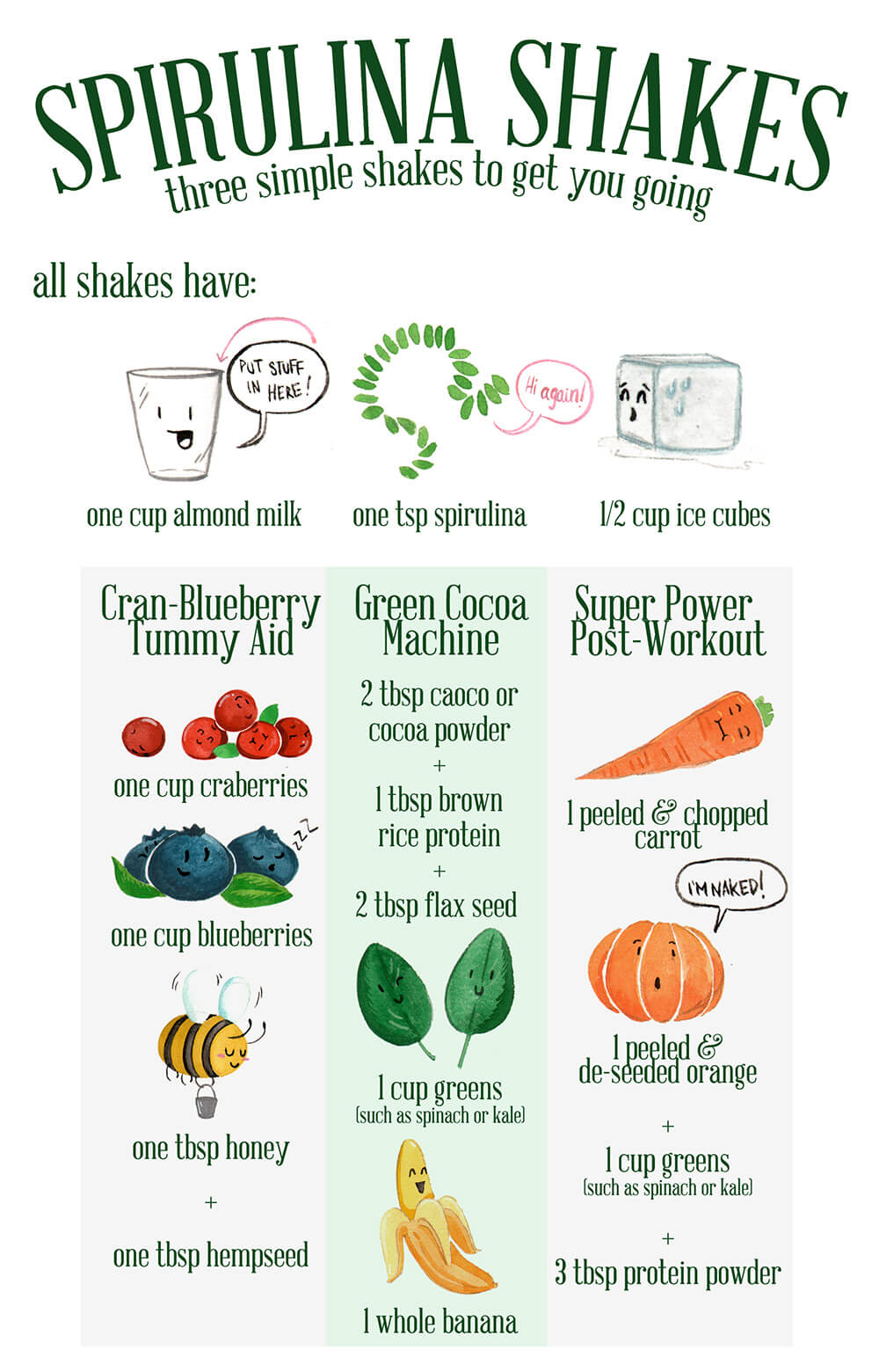