Tuesday has been busy. Monday was a DISASTER of a day. No nap, Wolfie tried pooping on the floor (yes, you read that right), lots of screaming, and crying, yuck. But he fell asleep and slept through the whole night! I first in a long time. Then we had fun at a friend’s birthday party. We quickly made some cupcakes in the morning, but it ended up being unnecessary as they reserved a Mr. Softee truck, and got a Bomb Pop, which was MASSIVE! And he even managed to eat pretty much the whole thing (ignoring the amount the melted and dripped down his hands) But what did we eat from our CSA? 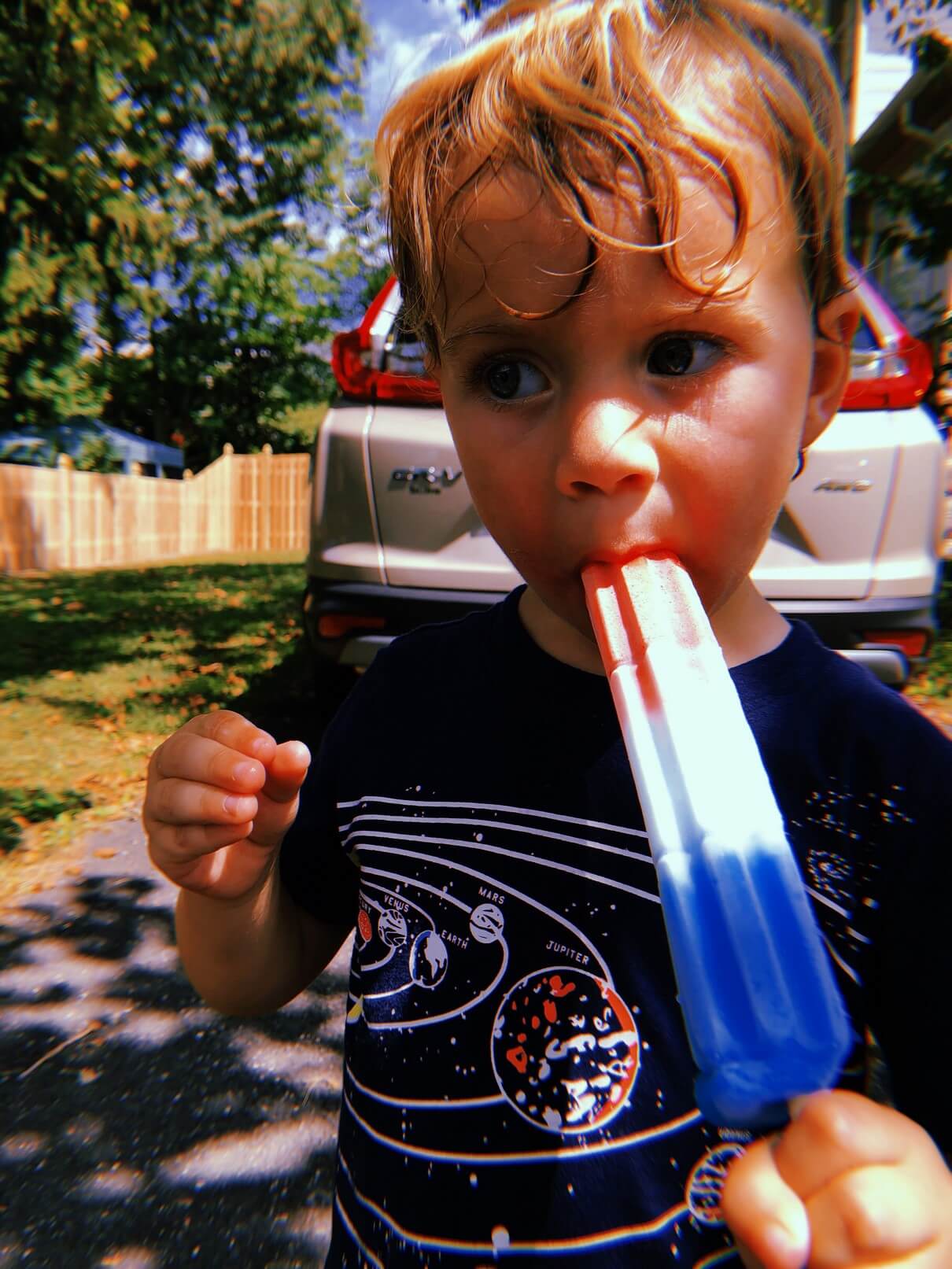 Well, what isn’t pictured is the stuff I ate during the day. I had a peach smoothie that morning. Although peaches weren’t included in my weekly tally, I did end up picking 9 pounds of peaches at an orchard near our CSA. Two of those pounds were made into a sorbet, and we have been mostly just snacking on them. But some did freeze up in the fridge, so we used them up in smoothies, which is a great way to use up veggies and fruit when they accidentally freeze. I also had leftover stir-fry and snacked on cherry tomatoes.

For dinner we made some dal from a kids book named Bilal loves Dal. It is a pretty simple slow cooker recipes, simple enough they have a recipe for kids to make. It didn’t use many veggies, other than some sautéed tomato and onion. Wolfie did help dump all the ingredients in the slow cooker so he was pretty excited to taste it. I served it next to a green bean dish from Vegan Richa. The green beans were fairly quick to make, and it was really tasty. I just had some brown rice cook up in the rice cooker and served some of the leftover tomatillo and chickpea curry.

Today wasn’t nearly as crazy as previous days, but Wolfie didn’t nap which really eats away at my ability to cook food AND blog. So hopefully this post goes up. The day was mainly snacking on some of the cherry tomatoes, ground cherries, and peaches. I didn’t really get to eat a proper lunch, and just wolfed down a bagel with hummus, using no produce. Dinner was a Vegan Richa recipe for a chickpea and eggplant dish. It was pretty eggplant heavy since one eggplant was more than what the recipe called for. But I served it with leftover curries and brown rice, in a sort of self serve sort of dinner. 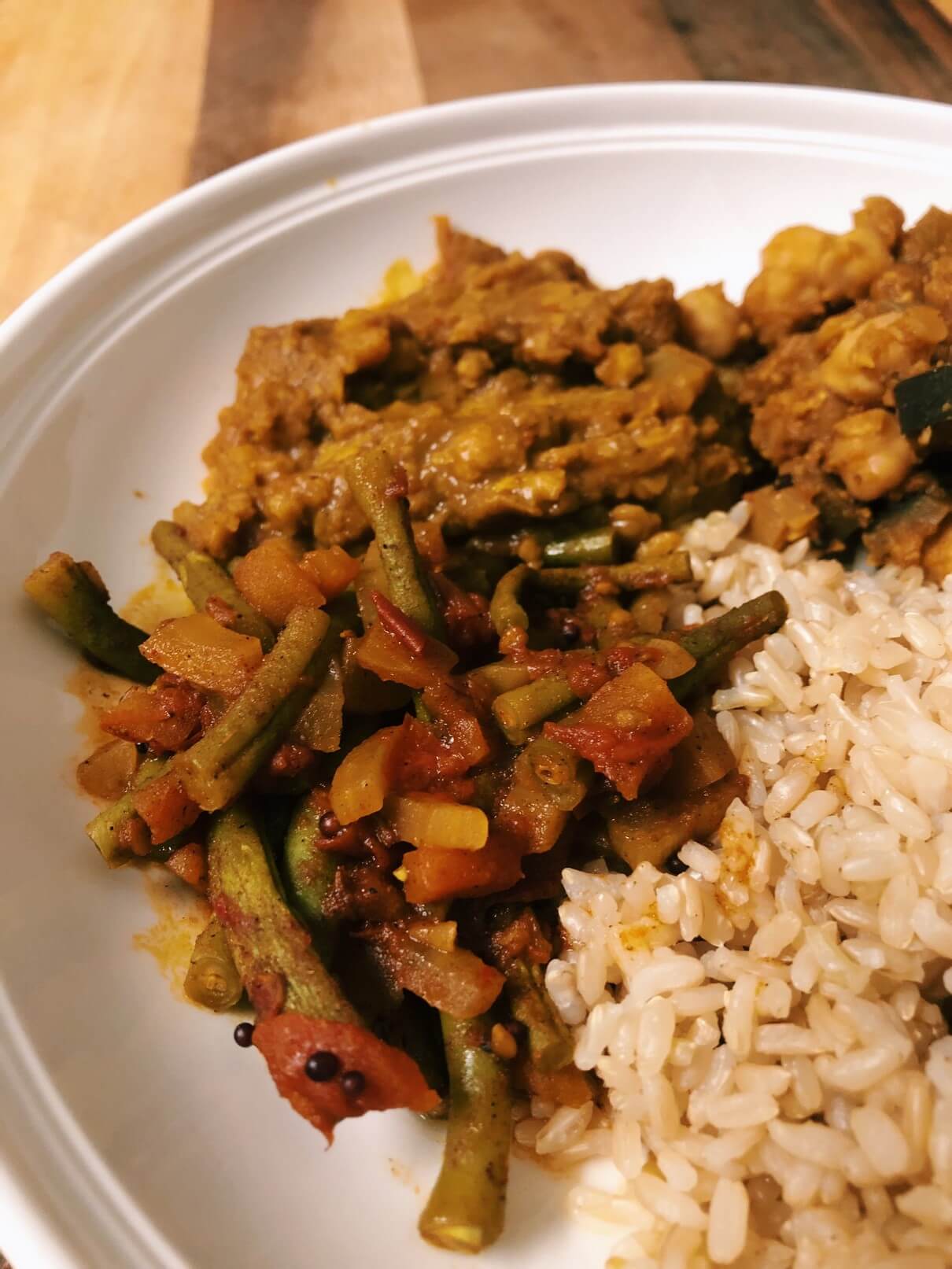