Day 249: My husband really loves eating cookies for lunch, so Vegan Cookies Invade Your Cookie Jar get used often. The most popular recipe are the banana everything cookies since they are really quick and easy to modify. 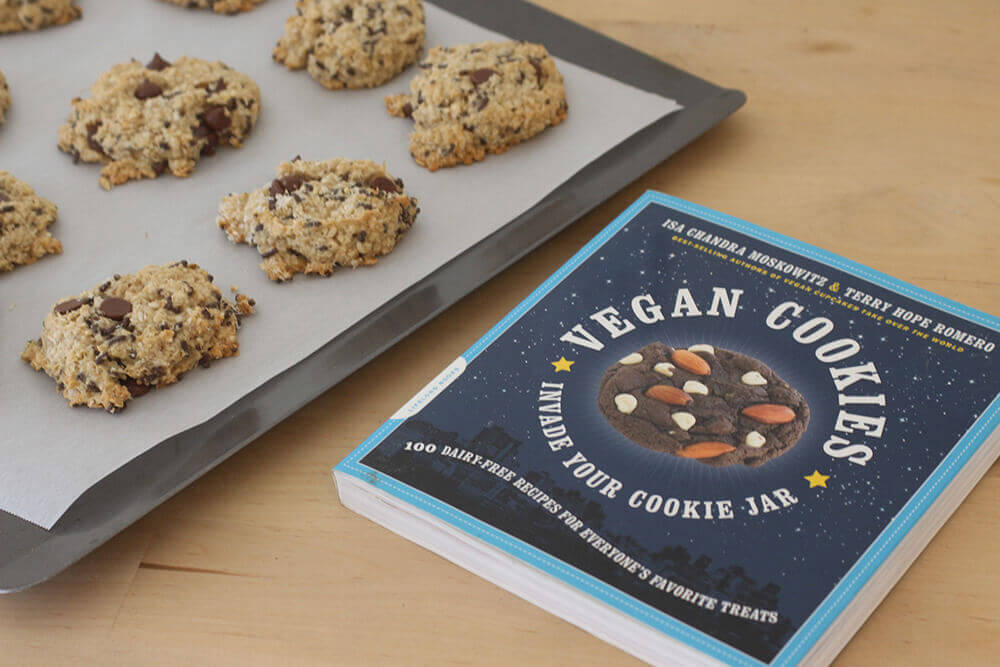 Day 250: I really love But I Could Never Go Vegan, as I mentioned on my book review on the blog. I think it is my go to for omni gatherings. I made some potato, green beans, and caramelized shallots salad. It was a big hit, and my in-laws wanted to keep some for their lunches the next day. 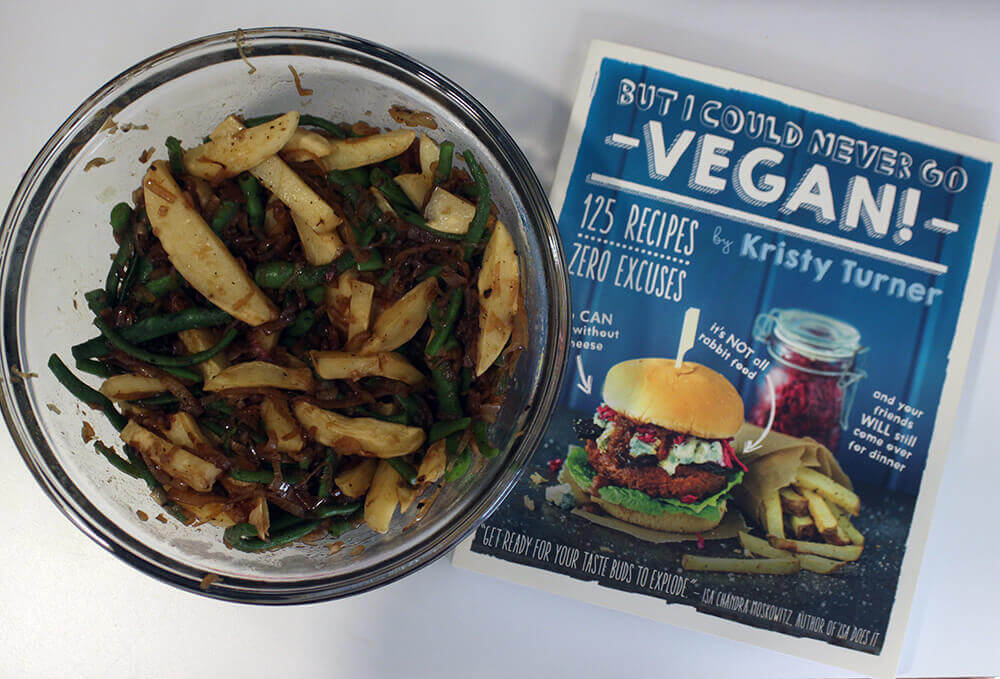 Day 251: I used Angela’s recipe for chia seed jam from her Oh She Glows cookbook. I subbed berries for some purple tomatillos, and I don’t think it works as well as berries. Oh well. Jon still liked his purple tomatillo and peanut butter sandwiches. I use her cookbook and website so often, and my husband whips it out when he makes his own smoothie. He really likes the gym rat smoothie! I mentioned in a book review that I loved the book, and I even bought it for my in-laws for Christmas! Day 252: This isn’t a vegan cookbook, but a vegetarian one. My mother had this book for years and gave it to me when I said I was going full vegan again. The book is full of great ideas, and has some staples in our diet like a spinach and red lentil penne and beet and carrot soup. I like recommending Vegetarian Planet because it is written by a non-vegan/vegetarian, so I think she doesn’t try to mimic things as much as vegan cooks do. Day 253: I think Veganmonicon isn’t my favorite cookbook, but an embodiment for loving Isa Chandra Moskowitz and Terry Hope Romero‘s cookbooks. I love how they don’t fuss over calories, nutrition, whatever and focus on just making delicious foods. I first checked out Veganomicon from the libary, and made a few dishes, and knew I had to eventually buy they book for myself. The recipe that I made? The BBQ collard greens! I don’t like to wrap them in the greens, but instead serve them like sloppy joes. I had a can of chickpeas opened so I used chickpeas instead of black eyed peas, which wasn’t a great call. XD Day 254: This isn’t so much a favorite cookbook exactly, but I learned from my family that a great way to save recipes is to use a binder. It is great because if you have a recipe from a magazine, just rip it out, find something online, print it out! Much easier than rewriting everything on a recipe card. Plus the sleeves make an easy clean up. I recently shuffled the old recipes, and cleaned it out. It is also great because I check out cookbooks from the library and photo copy or handwrite my favorite recipes from them.