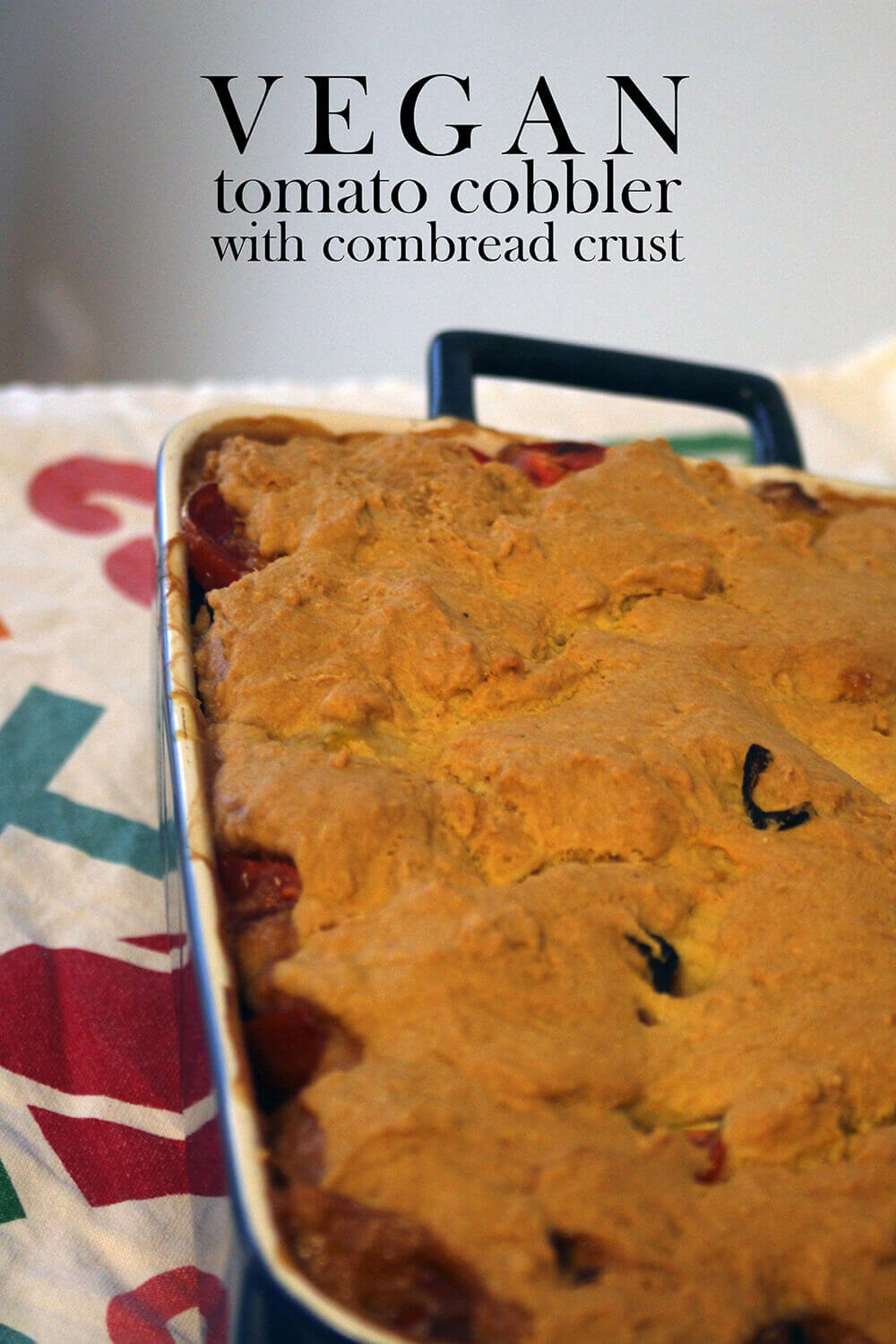 My mother recently had some hip surgery done, so I stopped by to visit her and brought some food so she wouldn’t have to be in the kitchen. She already prepped some meals, but it better to have too much food, than too little. I made her a fresh dish of Pad See Ew from Vegan Eats World. But I also gave her some leftover tomato cobbler that I made earlier that week. I figured it would be a good dish to have to switch things up a little in her diet. 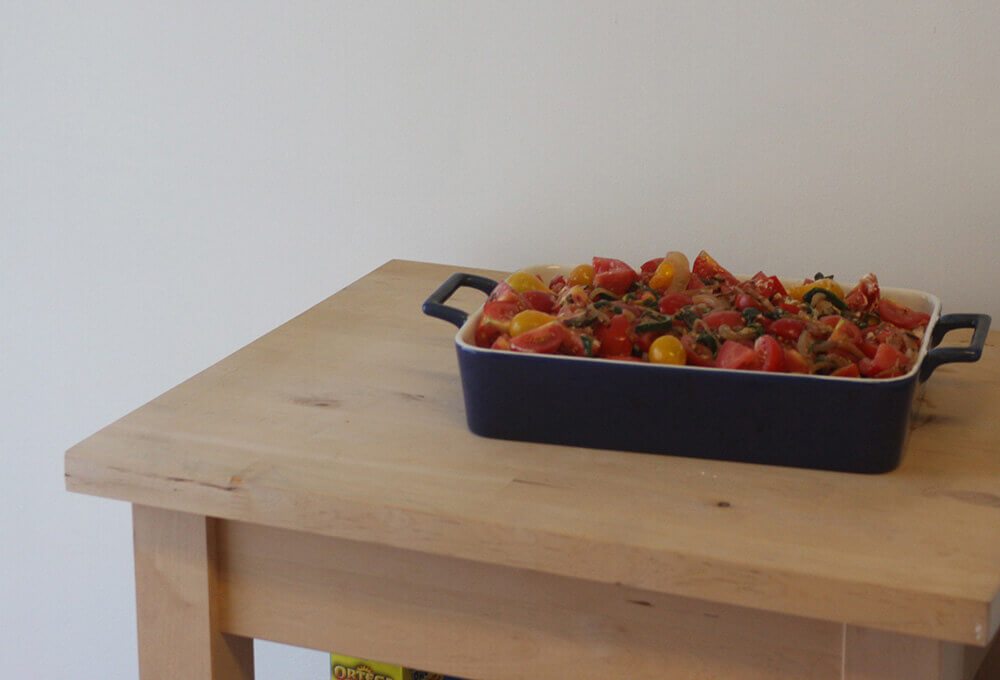 The name is a little deceiving. When I tell people about it, they get confused and think it will be sweet. It is probably more accurate to call it a tomato casserole, but there seem to be a lot of similar recipes that call this dish a cobbler. Oh so confusing! I am not sure what region this made in or the history, but it is pretty stinkin easy to make and it great when you have a cherry tomato plant that is making more than what you can eat on your salads. 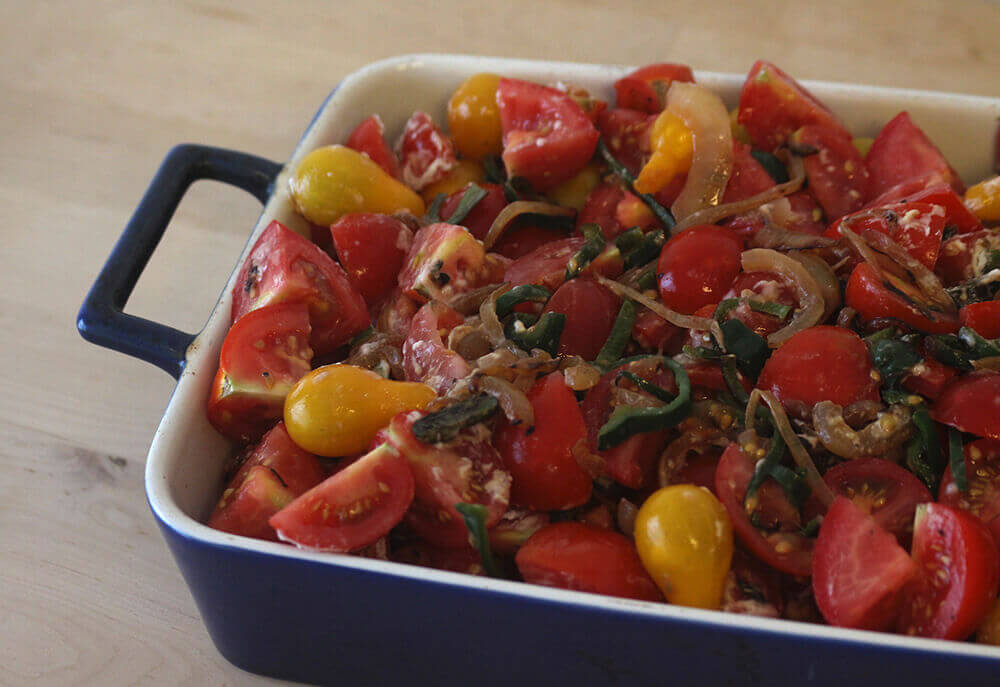 The beauty of this recipe is that you can just toss the tomatoes in a bowl and cover them in the flour. No chopping. I might of chopped some of the cherry tomatoes in this dish since they were huge at my CSA. I also included yellow pear tomatoes, which were very awesome. Mix and matching the small tomatoes make the dish really yummy. So use cherry, grape, sungolds, or whatever heirloom tomatoes. It will be worth it. 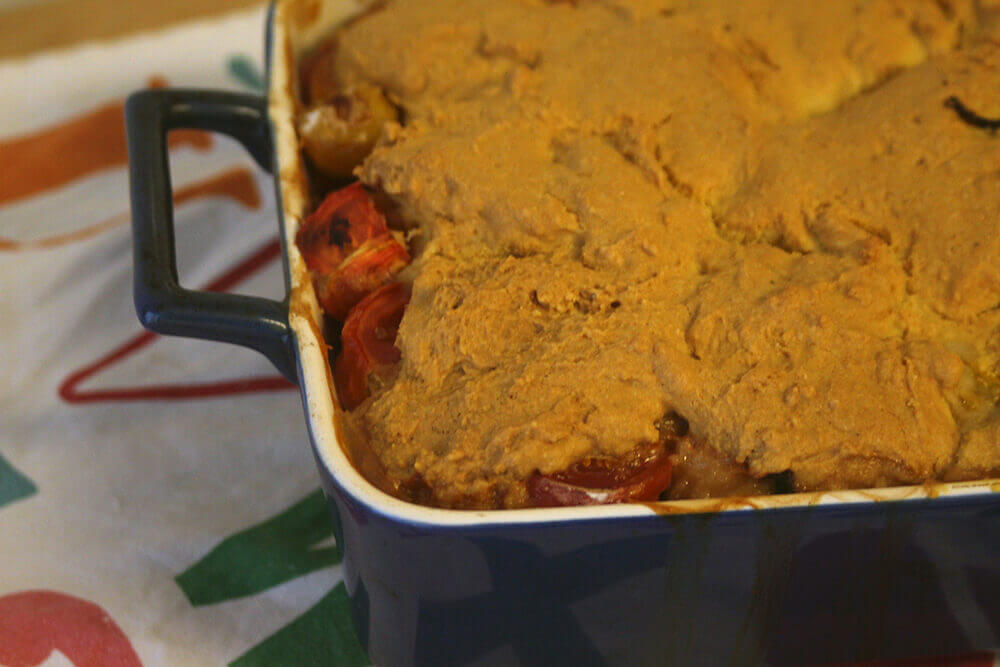 I originally based my recipe on a dish that had caramelized onions in the filling. But I figured I should step up on the flavor and included some poblano peppers. This really makes the dish, giving a little bit of a tex-mex flavor. Seed the peppers, but if you want some heat, try to leave in the white fleshy membranes that the seeds are attached to. And if you want to kick the dish up even more, feel free to pulse in some daiya cheese into the biscuits! 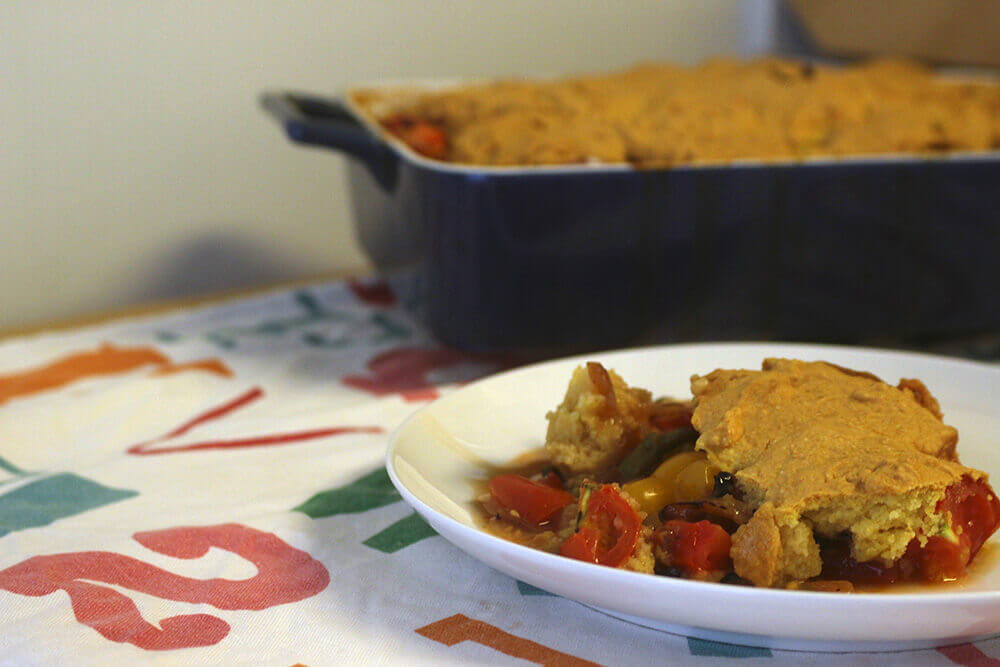 I will leave on this note- a few days after bringing my mother the dish she texted me saying she loved it…. but she put cheese on it. Hey, I get it, you eat cheese and that is your decision, but it is a little insulting to put cheese on the vegan dish I am trying to share with you. Seems a little crazy, but I am also sharing my points of view and ethics when I share my vegan dishes. So omni-eaters, if you are eating a vegan dish that was made for you, don’t add cheese to it, and if you do, lie and say didn’t. XD