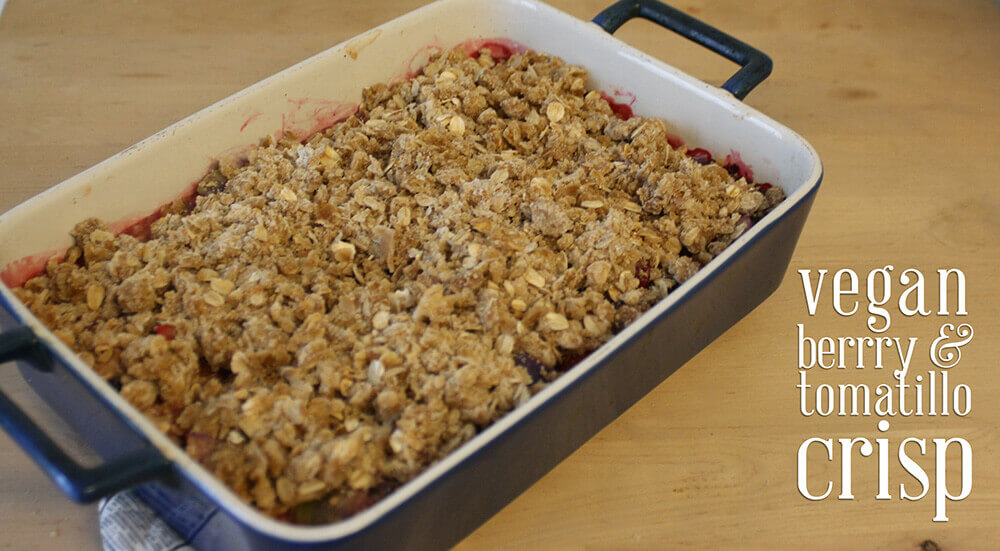 Anyone know where to get purple tomatillos? My CSA has them, and they are probably my favorite thing. But truthfully, outside of my CSA, I’ve never seen them for sale. I guess maybe at some diverse farmer markets? This recipe can be made with normal green tomatillos, but it won’t be as sweet, and a little more tart. You also won’t get such a lush purple color. But don’t worry, you can even see with my crisp that some mostly green tomatillos snuck in. 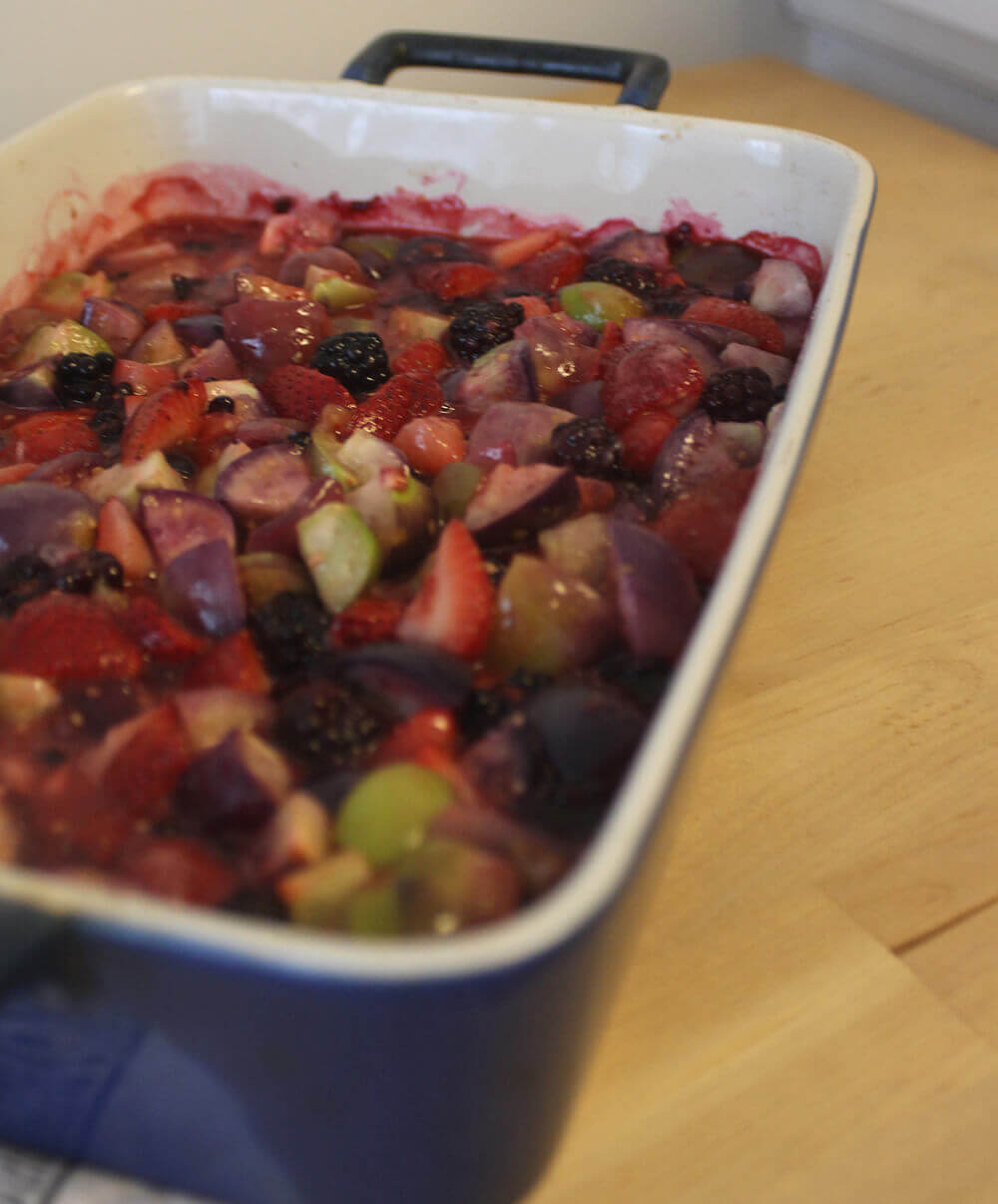 Is this really a weird flavor combination? I am not sure. I actually got the idea from my CSA, as they have a big book of recipes according to the vegetable at hand. It happened to be opened to tomatillos one day and I saw the suggestion- strawberry-tomatillo crisp. I thought adding other berries to the mix would be perfect! A quick google search shows a few other recipes for tomatillo crisp, but it really isn’t as common as strawberry rhubarb pie. 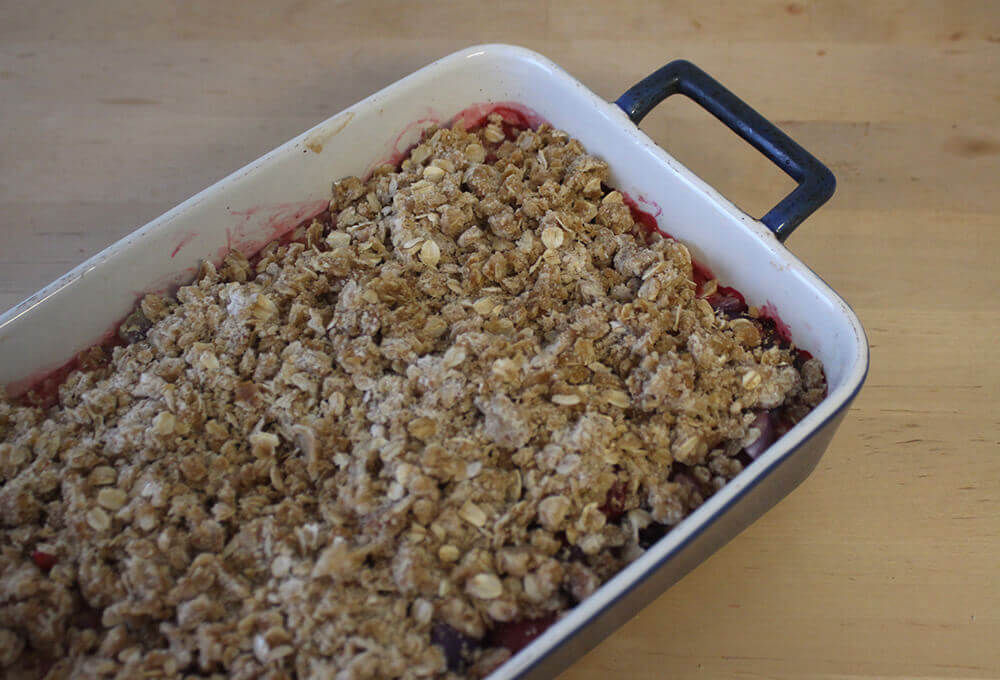 I think my husband was blown away by the flavor. The berries don’t over power the tomatillos but most people aren’t use to the flavor of cooked tomatillos. So the end result is something really unique. Guests will be scratching their heads about what flavor combination is going on. 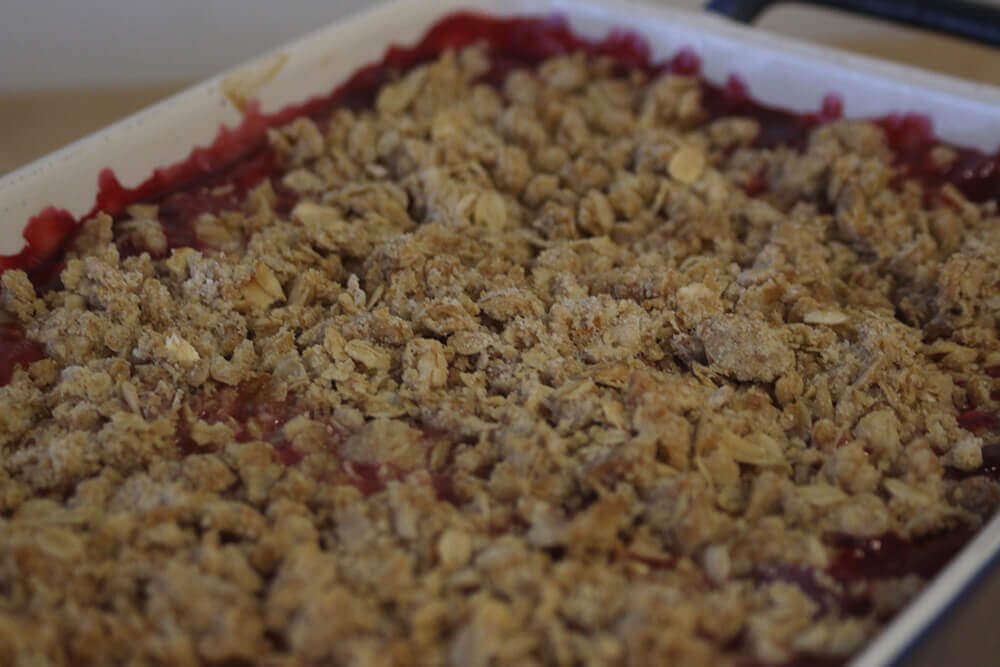 Sadly the purple tomatillos are reaching their end at my CSA so I won’t be making another batch of this. I can say that I will definitely be making this again next year!