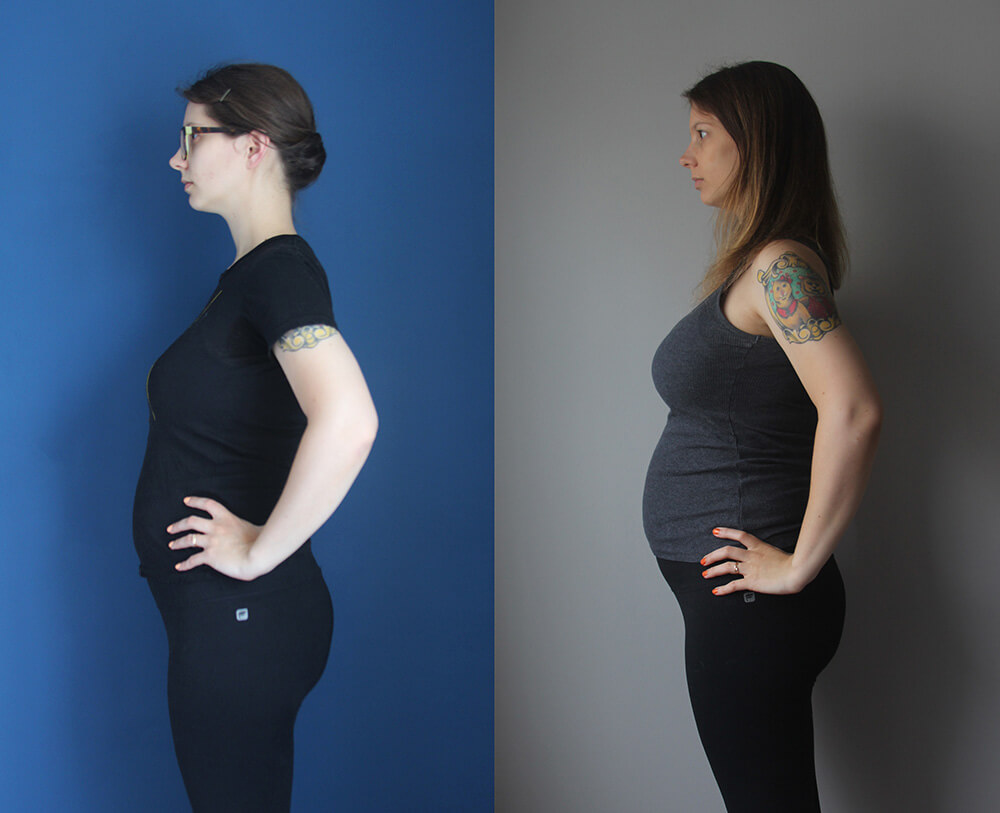 Fitness
I’ve been pretty proud of myself keeping up with working out. I have been working out 5 out of 7 days a week, and even thinking about upping my weights. And then I found out that Larisa Latynina competed in the olympics for gymnastics while pregnant. This chick won 4 gold medals while 4 months pregnant! Thanks lady for making me feel like a big bum.

I also need another sports bra which makes me want to cry. My super duper awesome Moving Comfort bra had the strap un-velcro during my run. If you are above a cup size C- I totally recommend investing in Moving Comfort. They are pricey ($50-75 retail) but I have never paid more than $30 for a bra. It all started when I bought one at a sidewalk sale for – wait for it – fifteen bucks. So now that I have to buy bigger sizes, shelling over $30 for an on sale bra is painful considering I paid $12 for my recent new bras (they were originally $40, I just rock at finding bras on sale.) So, point of this long winded section- I can only run once, wash my one sturdy enough bra, then run again. Luckily I can still use the cheapie bras for weight training.

Clothing
Okay everyone here must think I am obsessed with clothes! And maybe I am, but I don’t know how many articles of clothing I bought last year. Not many. So being FORCED to buy clothes has been kind-of fun and exciting. I’ve been mentally mapping out things I want to make. For example I am still going make a dress from this pattern (or you can see an actual dress sewn from the pattern) but will wait till the end of August when we have the third floor set up for easy sewing.

I’ve bought quite a few new things now that my bump is starting to get too big for some of clothes- even the elastic-y stretchy clothes. I think I can make my goal of making it through the summer without having to buy shorts. I guess it helps that I have been buying some maternity dresses, which I think are more versitile since you can slap on some tights and a cardigan and boom! Your ready for winter. But the fall maternity clothes are being released and it is getting more so excited about cooler weather. I think this the first year I’ve been so excited about seasonal clothing.

Okay, so some people have noted (and I have noted) sometimes I feel like my tummy hasn’t grown much when I take the photos. But it certainly has, I mean look at my post from weeks 18-19 or the announcement my tummy is smaller back then. But here is the thing, I think I keep forgetting that I am still planking, running, and standing all day, keeping my core pretty engaged. If I think hard to relax all my muscles, my tummy G-R-O-W-S. This kind-of freaks Jon out a little when I do it in front of him. So if you are wondering why these photos look my tummy shrunk from my Thred Up/Swap review, it is because I forcing my tummy out for those photos to fill up the clothes. 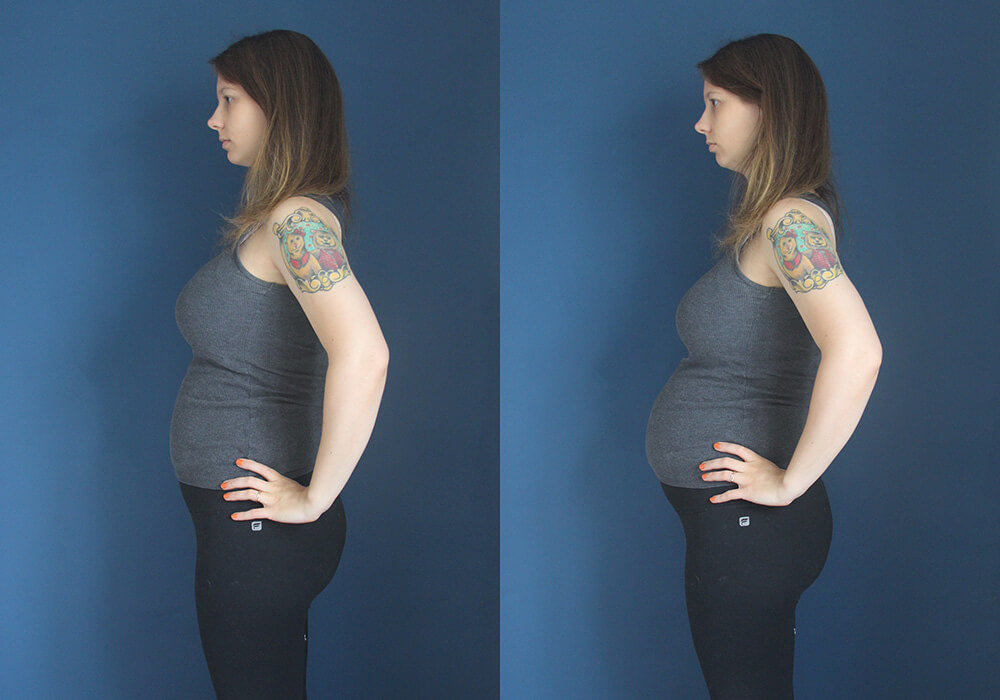 And if you want a side by side comparison- here you go! I actually have to think pretty hard about relaxing my stomach muscles while standing, so I look pretty frumpy in the second photo. It’s kind-of a fun parlor trick, and I would like to think it is sort of like a mini roller coaster ride for the baby.

Come here only for the cute animal comparisons? Well, here you go. For week 20 the baby was about the size of an axolotl. If you are wondering what the heck that is, it is a Mexican salamander that never matures to it’s adult phase, or rarely at least. So they stay underwater all of their lives. They are originally from Lake Xochimilco located in Mexico City, but are now possibly extinct in the wild since the lake is continually shrinking. The axolotl is a cute looking guy, in a kind-of ugly way. Most photos you see of axolotls are ones raised in captivity, mostly being pale white/pink.

At week 21 the baby is about the size of a lesser weasel, or least weasel, or Mustela nivalis, or you know, just plain weasel. Weird little fact- did you know according to mythology, a weasel is the only animal that can kill a basilisk? If that sounds familiar it is because it was the monster in Harry Potter Chamber of Secrets. J.K. Rowling made her basilisk a giant snake not a big chicken-dragon-snake hybrid, so that is probably why Harry beat the basilisk not a weasel (spoilers- sort of.) Need more cute stuff? Here are photos of a weasel riding a bird, and various photos of weasels yawning. 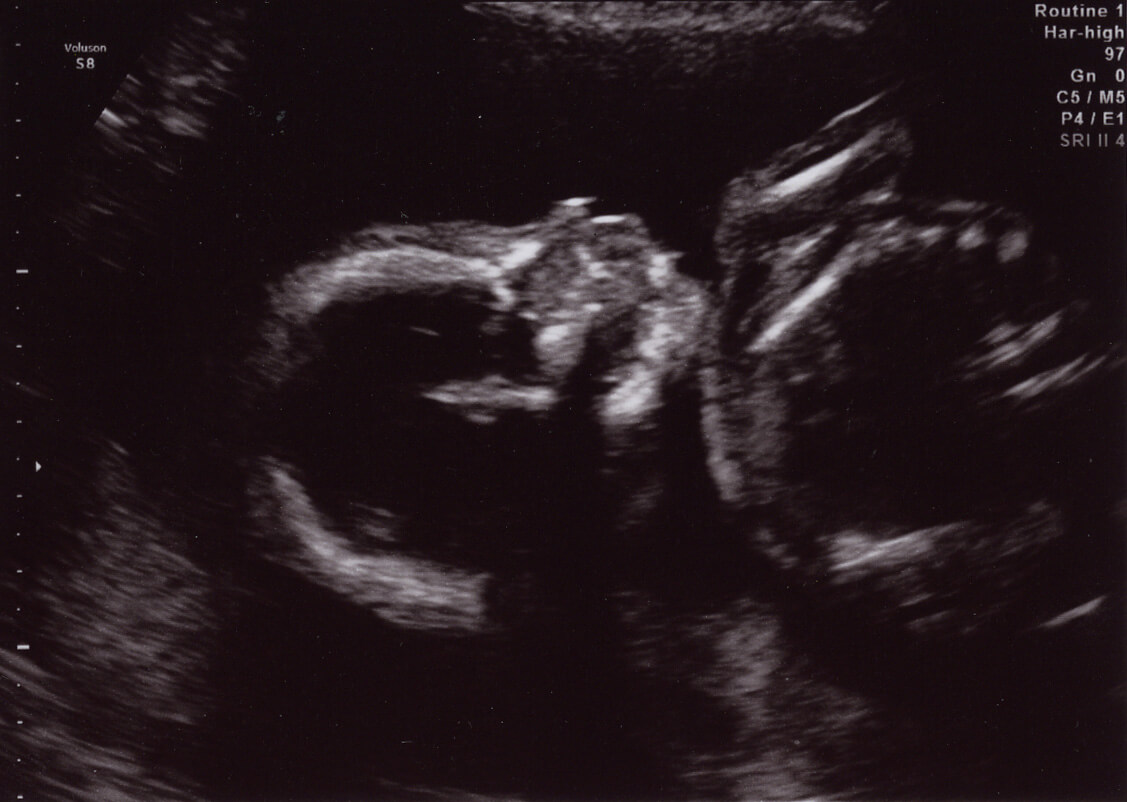 Finally went for my first ultrasound and it took forever. I spent about an hour flopping around to get the baby to move in the direction the technician needed. Is that normal to take so long? We are planning to be surprised so we got photos of the baby’s top half. Little tip for anyone going for an ultrasound- wear workout leggings that go below the belly and wear sweat wicking undies. I keep forgetting how low the baby actually is, and our technician got that ultrasound jelly all over the place. It felt so icky until the stuff dried out.

To make the whole trip a little annoying is that we went at 5. Get there at 5, you go right into your appointment, but since I had a consultation after the ultrasound I had to wait as everyone made appointments after work. The ultrasound also messed up the usual flow of the appointment, so I spent about 45 minutes holding a cup of pee instead of the usual quick hand off. By the time we got into the consultation I was hungry and was plotting out which place would be the faster to grab food at. Luckily everything is peachy keen with the baby, nothing is showing up as unusual, and the baby is a healthy size.

Since we were so hungry, we headed out to a Chipotle on the way home, and it started to pour once we were inside. At some point we had to decide to sit around and wait till it stopped raining, or just drive in a big storm. We drove home when the storm “settled down.” It was still okay, the guy working there probably put just as much guac in my burrito as rice. Guac makes every situation okay.

I haven’t really had much to complain about. The first trimester had been much more notable than the past two months. I was tired, I had muscle pains (probably because my abs weren’t use to budging), acid reflux, tender breasts, all that fun stuff. The second trimester has been mostly centered around my nose acting like it is middle of winter. But recently I started to get calf cramps in the middle of the night. At first I thought I just ran too intensely, but then they would cramp up on rest days. I am trying hard not stretch in the middle of the night since that seems to trigger the cramping. But hey, I guess I shouldn’t complain right?