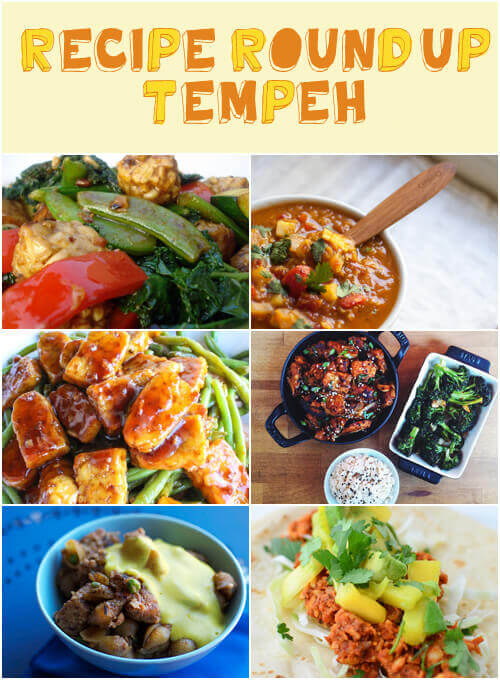 I have made my fair share of sweet potato chilis, and none have been too mind blowing. They have always been lacking and I had a mental list of things to change with this recipe. So I started this recipe with a grain of salt. I tried to follow the recipe to a T, and I was happily rewarded.

This dish in super delicious and incredibly low calorie, once you get down to it. The dish has little under 400 for a fourth of the whole pot, which I am fairly certain I had less to eat. It packs 23 grams of protein, and lots of other goodies, like 40% iron! The dinner was quick to put together, and my husband and I LOVED it. My husband commented that he wished that there were whole beans added to it, and I think I would add a little bit more heat to it. But the texture from the lentils and tempeh worked beautifully for the dish.

This is a pretty easy dish to make. If you plan it out properly you can have the green beans cook just in time to add to the tempeh, making the time go by faster. The thing that will take the longest to make is the rice, especially if you want to use brown rice. The problem can be solved if you have frozen rice to reheat.

The only problem that I really had with the recipe is that it was a little too sweet and salty for my preference. If I had to make this again, I probably would cut the soy sauce and sugar in half. I might even change the sugar to one part blackstrap molasses and one part brown sugar to add more nutrition.

But the cooking steps are perfect. The tempeh cooked up nicely, making nice firm nuggets. The green beans don’t cook too much, and get coat evenly with the sauce. This is a dish I might consider making again in the future or would recommend to many couples to make during a weeknight.

This dish gives instructions of how to make all sides of a dish at once. The timing worked out perfectly. I started a pot of brown rice, started the broccoli, and started the tempeh after flipping the broccoli. Everything was pretty much ready all at the same time for plating. It works out perfectly for two hungry adults, so you probably won’t have any leftovers. Although the dinner has a fairly large amount of calories (800 calories) you are getting a wide range of nutritents and 37 grams of protein!

So how did it taste? As a fan of Korean food, I have to say this is a nice way to work with their ingredients. Broccoli isn’t a traditional Korean vegetable but pairs nicely with the spicy gochujang. The rice cuts down in the heat, but it is still on the rather spicier side, depending on the gouchjang you bought. Although the dish was delicious, I don’t see myself making this again as I do like having leftovers. But if you are the opposite, I would totally recommend making this for a weeknight dinner.

When I decided to make Tempeh the next topic for the Blog Round-up the first thing I wanted to feature was the Tempeh Helper featured in Appetite for Reduction. I thought “That’s not really a blog” but low and behold, the recipe is featured on Isa’s blog. So I will review it.

I never had hamburger helper when I was little, so I was actually fairly clueless about making this recipe. I even asked my husband when I was done if I had to mix the cheese sauce with the pasta. He said he never had hamburger helper either when he was a kid. I had  a moment of “what the fudge did I just make?” It was worth it. I make it all the time and is a favorite of my husband.

The only things I consistently switch up is I use vegetable broth instead of water mixed with broth powder. I also like using a little butter and milk in the cheese powder make it more rich. And despite the fact this is a tempeh review, I sometimes use TVP in this recipe. I would LOVE to just use tempeh but let’s face it, it is a little pricey sometimes.

Bottom Line: Tasty, I would recommend if you are tempeh virgin.

I rarely make a taco recipe the way the author intends. And it mostly has to deal with what I have. If I don’t have cabbage, I’ll use lettuce. If mangos aren’t ripe, I’ll buy Trade Joe’s Mango Salsa. I don’t think this author really cares. Nor do other people really.

But the end result was really tasty and super filling. The tempeh really replicated that chunky bouncy feeling that you get from ground beef. But the flavor profile is completely different, which isn’t a bad thing. The only thing I point out is that this dish is pretty dang spicy. So if you are a super taster you may want to scale back on some of the heat.