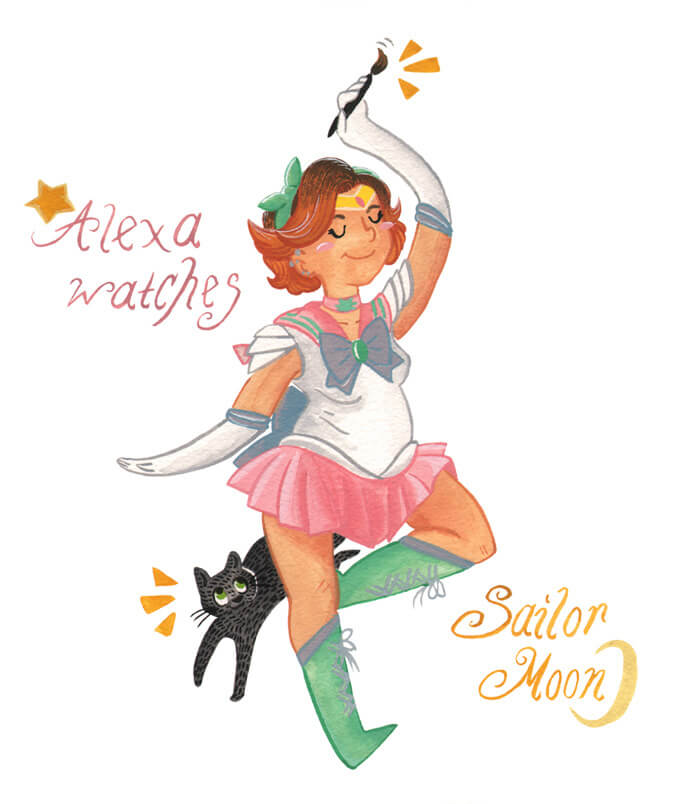 Jennifer Adds: What is up with Sailor Mercury’s transformation pose? It was pretty terrible in the original. Her knees buckled in and her hands wave goofily to the sides. The new pose though makes even less sense. Her back is hunched, is she suppose to have back issues from all that studying?

Alexa Responds: I am pretty sure the idea behind Ami’s pose is simply the fact that she has little to no self-confidence. She’s also the “cute and studious” one, and that whole ‘knees buckled, toes pointed in’ look has always been considered cute in Japan. I agree with this new pose though – it just looks like she’s hunched over!! I can say this though – if they are trying to keep with the character trait of shyness and awkwardness then this definitely makes sense. It’s almost like she’s trying to pose like a model but thinks its a little stupid at the same time. 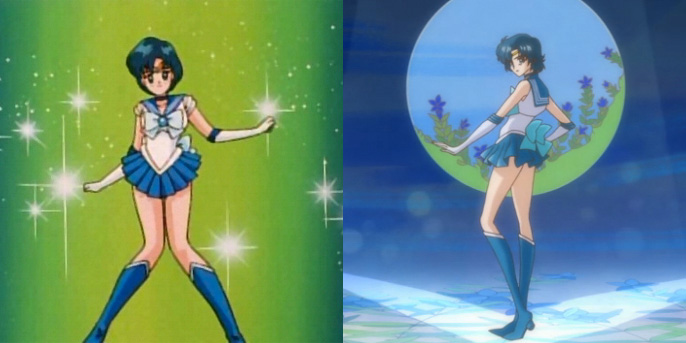 In this episode we are still learning about Usagi and how she is learning to be Sailor Moon. In the beginning scene we see a line of people (mostly women) down a street block waiting to see a fortune teller. It is made apparent that this is a growing fad and everyone wants in on it. Usagi stops to see him herself, and they get to talking about how he may soon be out of business due to the big chain Fortune Telling House across the street. Like I said above, it’s completely different and a bit slowed down compared to the newer series. We take more time as the viewer to get to know Usagi, Luna and the few supporting characters that we have so far.

It is made apparent pretty early on that the new fortune telling house is evil, not only because it is taking business away from the actual local fortune tellers (BOOO big corporations!), but because it is run by Jadeite and his lackeys to get energy for Queen Beryl. This episode is very “Monster of the Week” , but it is only episode two, and we are learning more about Usagi, Luna and the few supporting characters that we have so far. This gets to be annoying a little farther in this series when the arch is continuing at a steady pace and they decide to throw 3-5 random episodes in the middle. It slows everything down and spreads the story out for far too long. There is always a time and place for episodes like that, just not to that extent.

All in all I found both of these episodes to be enjoyable. There wasn’t anything particularly groundbreaking about them, but nothing that made me want to rage either. Obviously we are still in the beginning of both at this point so there is still a lot of ground to cover. I am looking forward to seeing what episode 3 has to offer from both series!