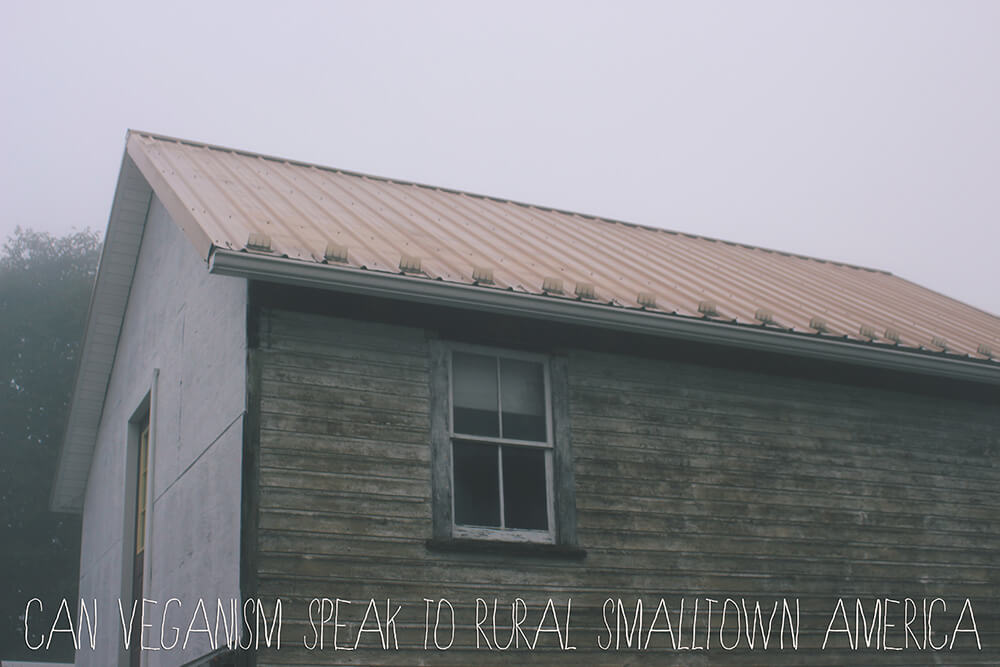 This weekend I went to visit my grandparents in rural Pennsylvania. They are located in Roaring Spring, PA. If it sounds familiar that might mean you bought a Roaring Spring Notebook. The town is less than a square mile, and most people living there work for the local paper mill, or the surrounding farms. The “biggest” town near it is Altoona, which is pretty much unknown to people outside Pennsylvania.

On Friday my husband and I drove 4 hours in the middle of Pennsylvania, driving through and up mountains. When we hit Roaring Spring, we passed by street signs pointing to the football field. We joked how it was like Friday Night Lights. Once we got to my Nanna and Pappy’s house, we found out that football is no joke in this town. There were signs everywhere for the big game. The field is near their house, so we watched lots of people park on the street and walk to the field. My Nanna even let a friend park on their lawn for a good parking spot.

Football and cheerleader wasn’t anything big at my school. To me it was an outdated stereotype in movies and shows, like the nerd with bottle-thick glasses and the pocket protector. This was the first sign that I have been living in an urban bubble. 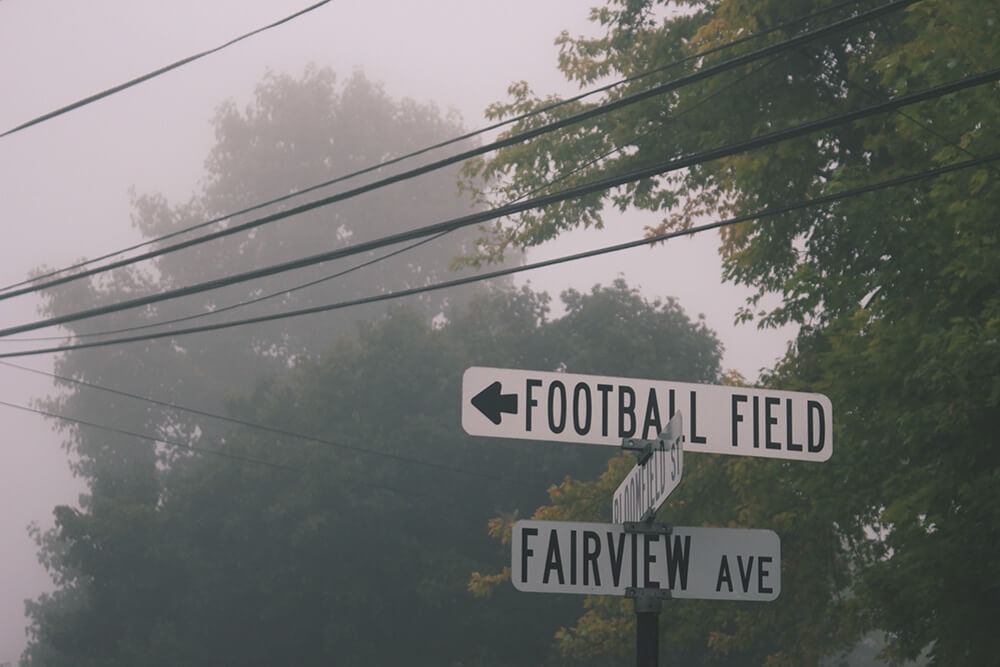 It made me wonder, can small towns go vegan? It seems obvious to say yes, an individual can order stranger items online, and the internet can help them learn different things. And that is great. Isn’t that what all vegan bloggers do? Try and connect to everyone?

But it became apparent there are lots of reasons why people in Roaring Spring, or any small rural town, wouldn’t go vegan. One being community. Right before leaving, my vegan friend who grew up in Altoona wished me luck. She knew how frustrating it is to try and get her family to make something vegan. Luckily, my mother always cooks when visiting my Nanna, as she likes to try our cooking. What my family cooks were far from normal for the area. Most foods are bland, and meat based.

I point this out since we made two chilis for one dinner. One was with ground pork, the other was based off of Oh She Glow’s My Favorite Vegan Chili. My grandparents both seemed perplexed by the idea of a vegetarian chili. My Pappy ate two bowlfuls, despite everyone thinking he wouldn’t touch it. I wouldn’t of thought this would be such a novel idea since chili competitions have a “vegetarian” category. 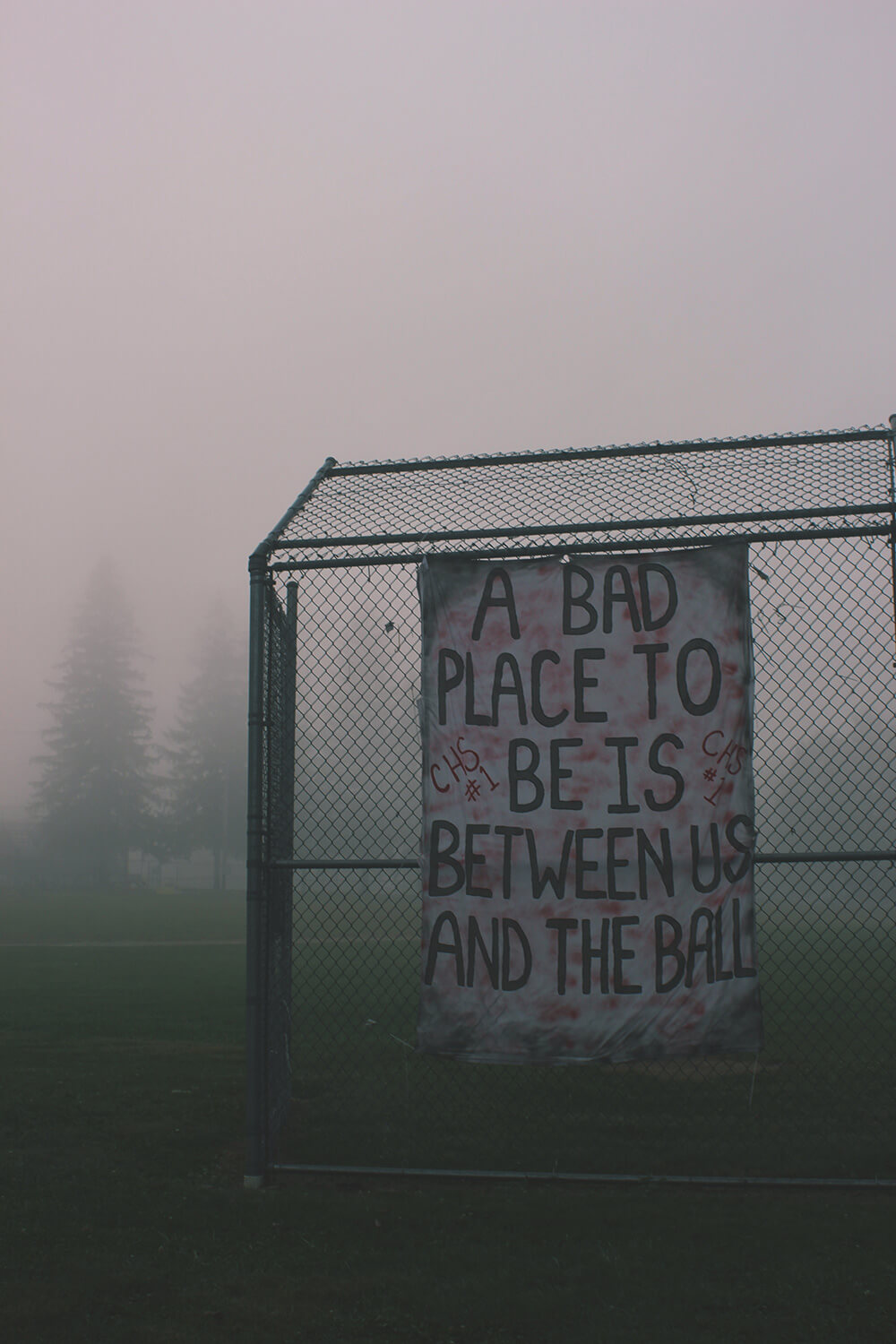 During our trip my Mother made a big stink to go visit a dairy farm. She wanted to show my nieces what a “real” farm looks like. It wasn’t great, but not as horrible as factory farms. The farm had up to 300 cows, and my Pappy asked if we wanted to see a bigger farm with 3,000 cows. Luckily, we went with my nieces, who were tired after only 300 cows, so we didn’t go. This was just one of many dairy farms in the area. Most people grow up with the separation of pet and livestock.

Being at the dairy farm, seeing a ‘good’ dairy farm, made my heartache. Their tails were still chopped off, the cows couldn’t move much, and many had feces on their sides. (for the record, they accidentally must of tried to lay down or slipped in the waste area, feces were not in the area where they laid down) It made me a little sad seeing the calves, since they were so sweet and soft to pet. One guy even tried to lick my shirt, and I could only think of how I could keep him in a backyard. 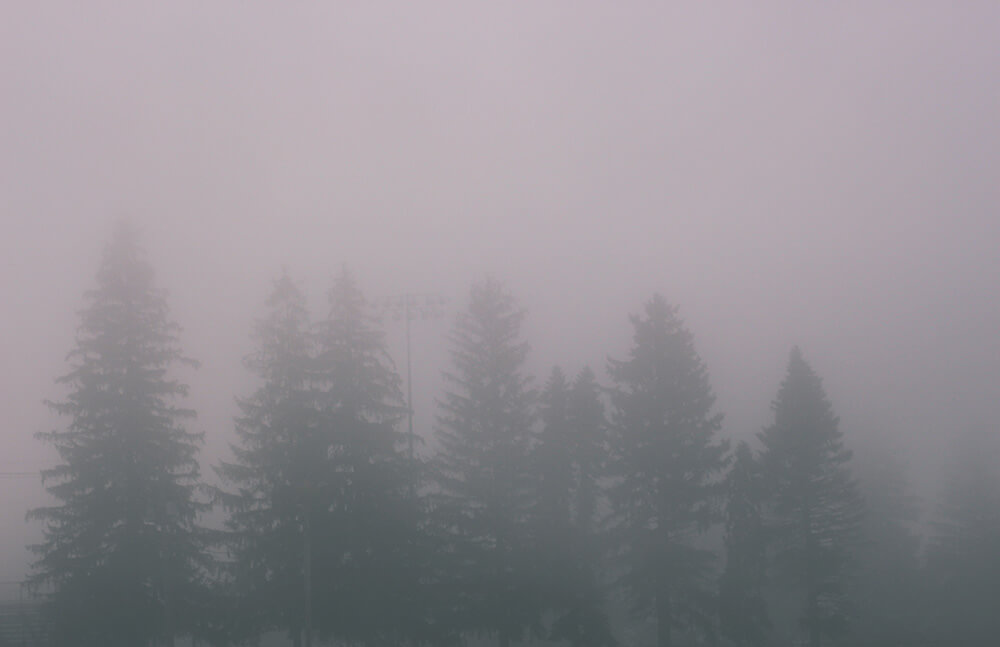 So the farm that left me sad and depressed was acceptable to bring my nieces to. Which just shows how normal and necessary it all is. And I don’t think the people who own the farm are terrible people who are incapable of compassion. This is a major source of income. A source of income that they grew up with.

The people in the town know this. People are happy to buy local and try their best. But let’s pretend veganism takes off, and half of Americans stopped drinking milk, what would it do to dairy farmers? Would they be able to cope and learn new types of farming? 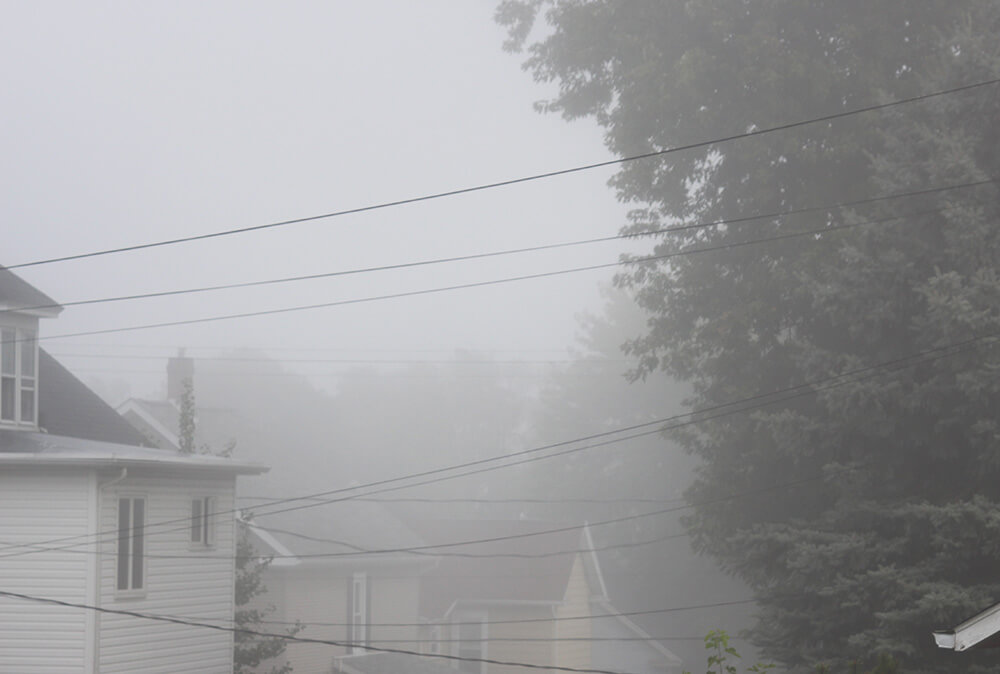 I’ve heard many stories of the decline in population in Roaring Spring. How the work is unsteady. How the town was once supported by the paper mill, but the amount of employees have decreased. And how parts of the area live in near poverty. I’ve heard stories about how people are living without stoves since the electricity in the house couldn’t support it. How being a manager at McDonalds is more secure of a job than having a job in construction. Where strikes can force families to relocate.

So for farms to adopt soy beans or kale as a new crop instead of raising cows is a huge risk. We might be thinking about how profitable it is grow kale since it is so popular. But think about various health foods from the 70s, 80s, 90s, and how they faded in and out. 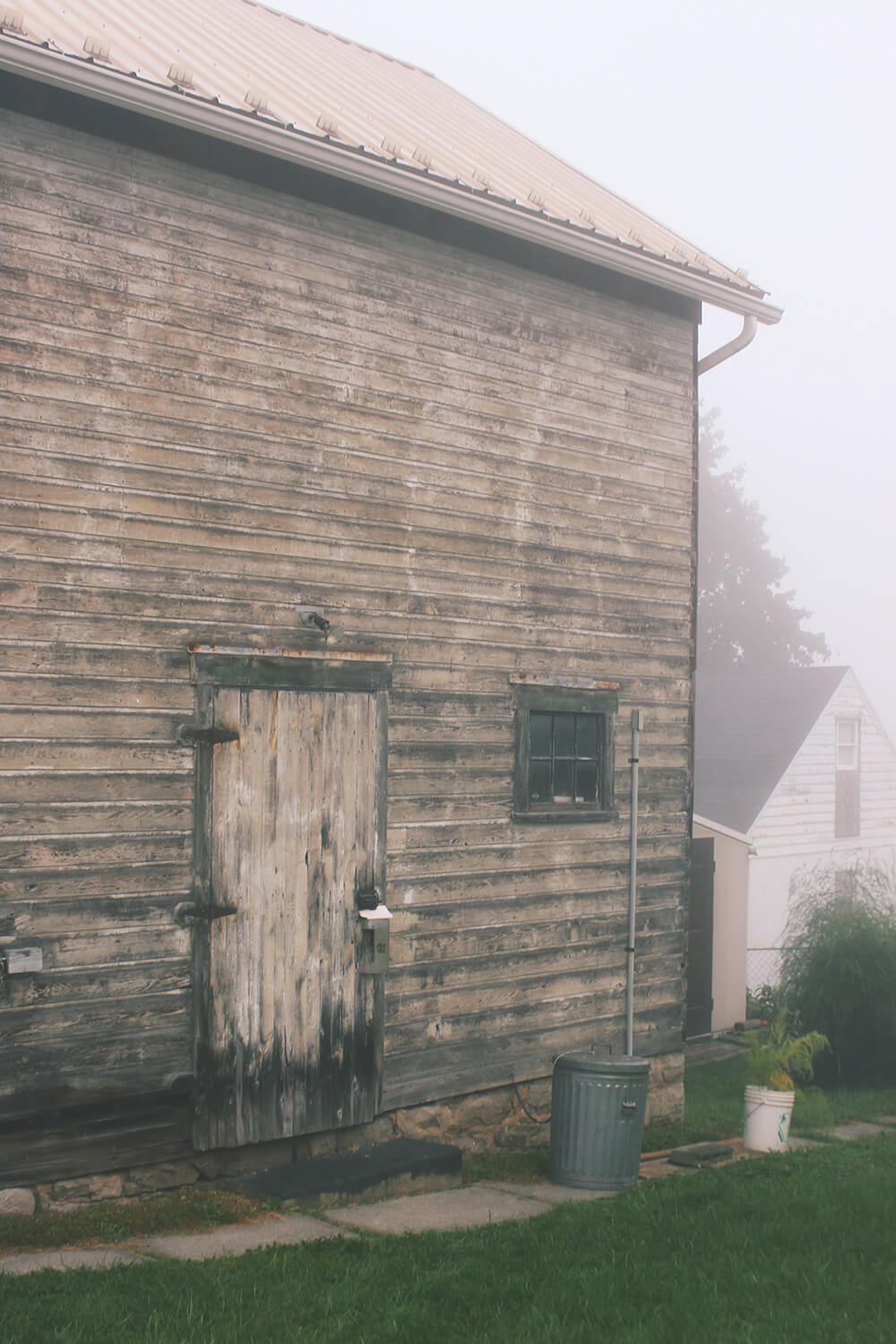 So on Sunday morning we woke up to air that smelled of farts (hey, that was paper mills smell like) and thick fog. I drove home thinking about Vegan Mofo, and how all month I’ve been thinking about vegan food and what it means to be a vegan. Can small farm towns get past traditions and go vegan? Can they change enough for a possible evolving economy?

So I end Vegan Mofo on a hopeful note. My Nanna talked about a local farm that grows kale. Her tone of voice noted that it was a risky for the farmer. I think the younger people in these small towns are willing to take a risk and produce crops that aren’t traditional. They willing to change with the times. And the fact that I have a friend from the same area that became vegan is saying something.

Is there any readers from small towns? How do you cope? Have you seen a change in attitude from locals/friend/family?