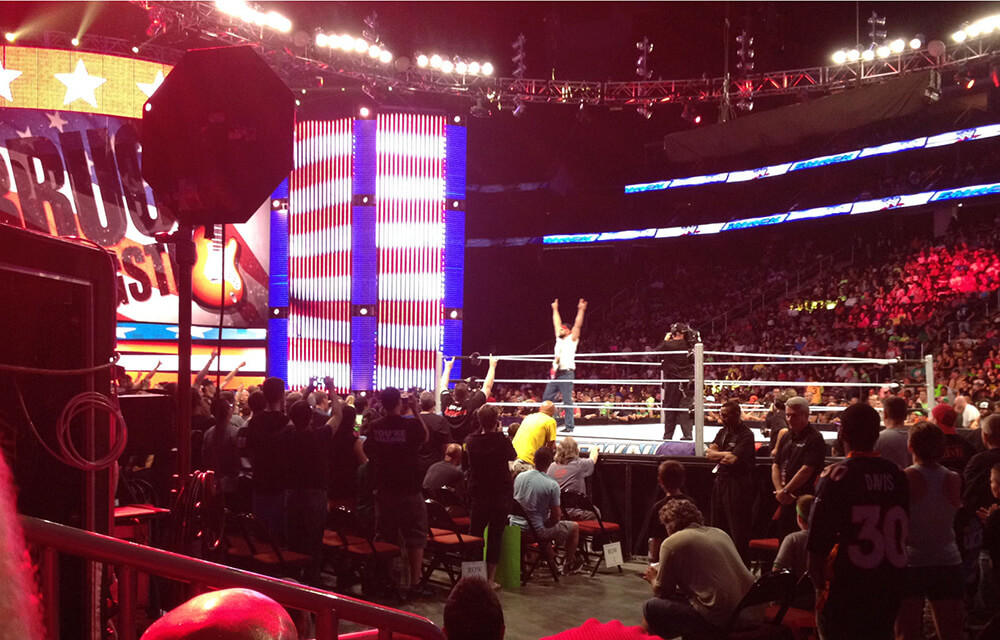 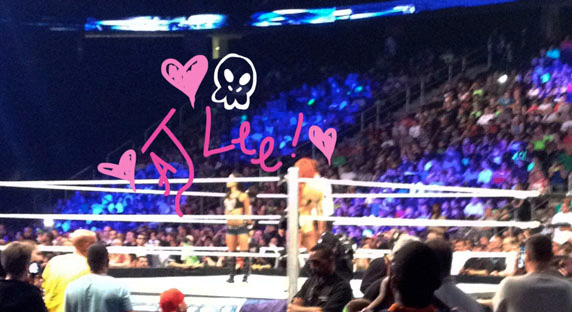 SHE WAS RIGHT THERE.

I PUT THAT IN ALL CAPS BECAUSE IT WAS REALLY EXCITING. AJ had been out for a few months because of an injury and also because she was busy getting married to CM Punk (they are the MOST ULTIMATE couple!! Their power is maximum.), and I ended up getting worried that she may never be coming back. Rumors were spreading like wildfire over the internet that she was pregnant, and I truly had no idea how servere her injury had actually been. The Monday before we went to the SmackDown she made her come back and I was crossing my fingers that I would see her! Guess what…I DID. YAY. She had a match against Eva Marie that night, which surprised me only because she is still quite “green”, or a newbie in other words. It wasn’t a bad match, but it wasn’t great. It didn’t matter because I GOT TO SEE AJ. 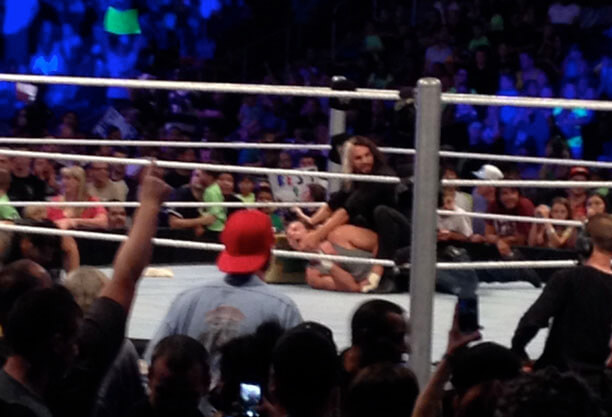 I put that in all caps and stretched it out because I AM STILL EXCITED. Seth was a member of “The Shield” , a 3-man-team, for over a year until recently. More importantly, he is one of my favorite wrestlers on the current roster. He is just so amazingly talented in the ring both physically and mentally. In the photo above he is fighting with Dean Ambrose, his used-to-be “Brother in Arms” from The Shield. Seth is currently the guy who hold the “Money in the Bank” case – which means that he gets to challenge the Champion for a match whenever he desires within the next year!

And speaking of The Shield… 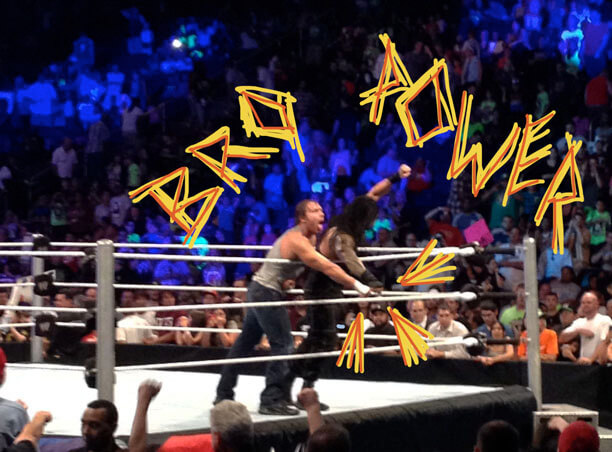 Both Roman and Dean were part of (what was) The Shield. I think they are both really talented as well, but they are going in different directions and story lines right now. Ambrose is feuding with Rollins for breaking up The Shield and betraying him and Reigns, while Roman is trying to make his way to the top and win the Championship Title. They came out after Dean had his match with Randy Orton and saved the day, like bros do. 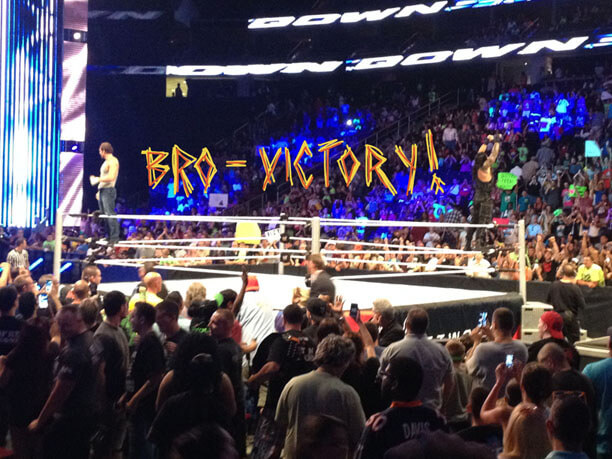 All in all – this was an awesome and really fun experience. It’s my third wrestling event that I’ve been to and I really have no idea when or why I would ever stop going. Maybe when I am too old to leave my chair. Since I have gotten into wrestling I have started to understand what it feels like to be part of that “Special Club” like the rest of the sporting world. This is a bit different, but it’s always fun to find someone who’s interested in the same weird half theater show/half sport. 10 out of 10 will attend again.