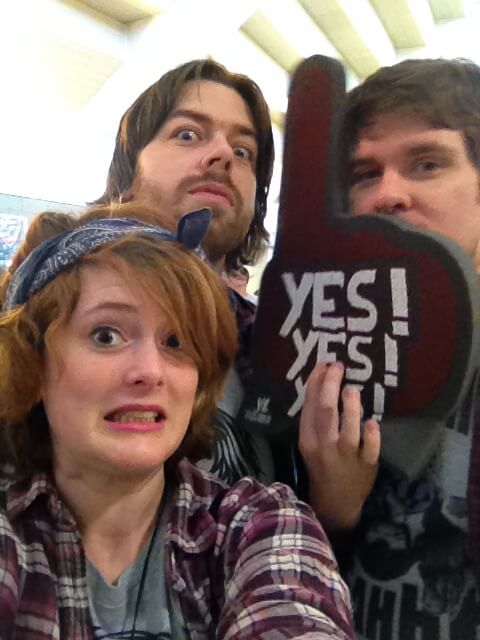 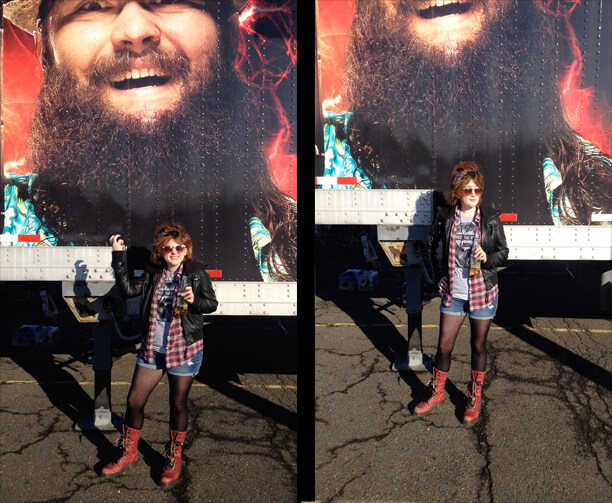 Things got a lil’ crazy in front of the Bray Wyatt trailer. 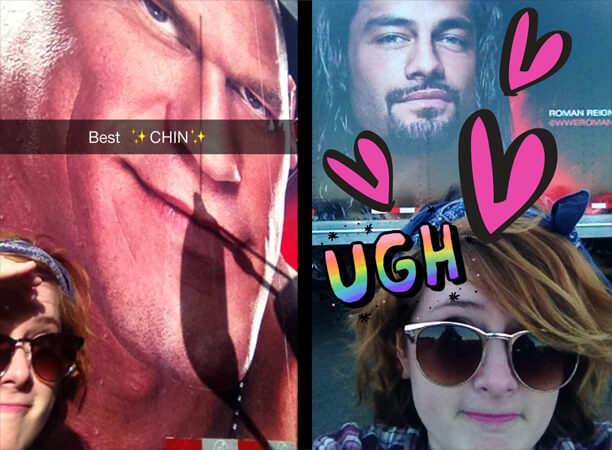 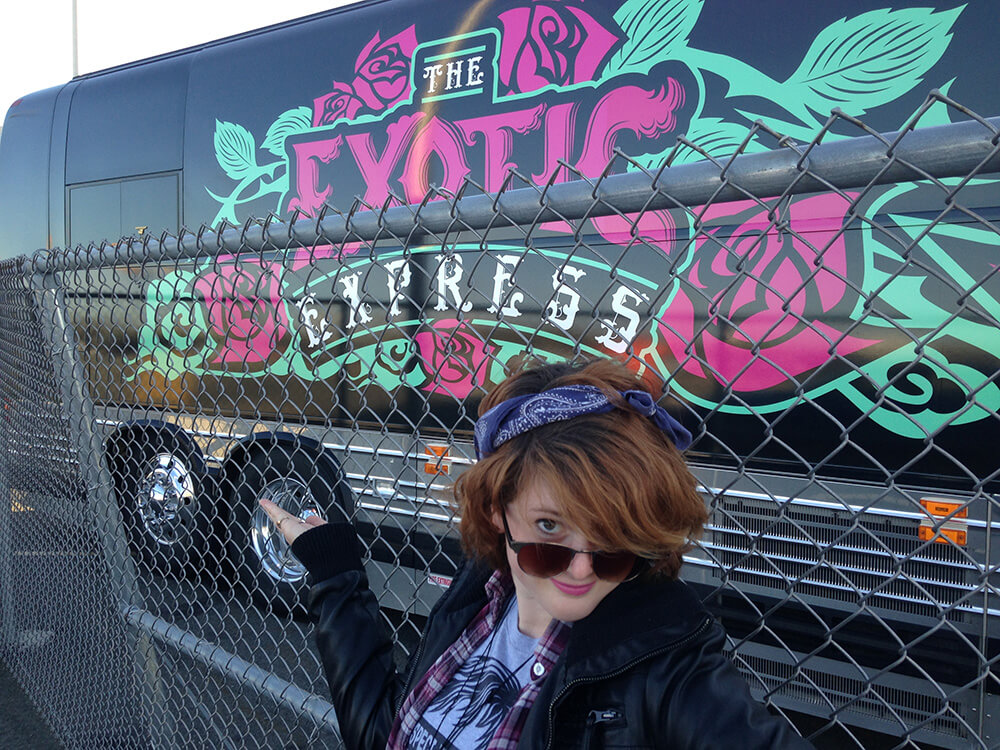 Trying to get in on the Party Action with Adam Rose.

Once we got inside the building we were told that our seats … didn’t exist. This was terrifying to the three of us because we had great seats. Not front row, but not all the way in the back. We would have been able to see everything perfectly! Luckily we were allowed to watch the pre-show match from the stairs as they found seats for us, and they were EVEN BETTER. I usually have some trouble at live events of any sort, mostly because I am so tiny and can never see over anyone’s head in front of me. Our seats were really, especially great though, because I could see everything crystal clear! The Pay-Per-View itself couldn’t have been better (in my opinion). All of the guys we wanted to see where there, and for the most part they all won! I also think we weren’t analyzing the actual flow of everything as much as we would from our couches at home, but even after re-watching it again on the Network, we still thought it was rad.  The matches I had been most excited to see where the Intercontinental Title match between Big E and Bad News Barrett, the Divas Title match between Paige and Tamina Snuka, and The Shield vs Evolution (BOO TRIPLE H). Daniel Bryan was set to fight “The Demon” Kane, but I knew he was going to win that one! How could he not?! That didn’t make that match any less fun though.

Highlight #1 of the night was getting to see Paul Heyman come out and be a jerk/introduce Antonio Cesaro. 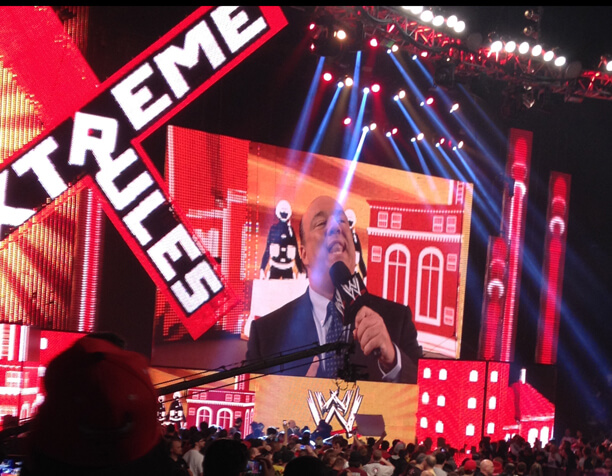 Then came the Intercontinental Title match… 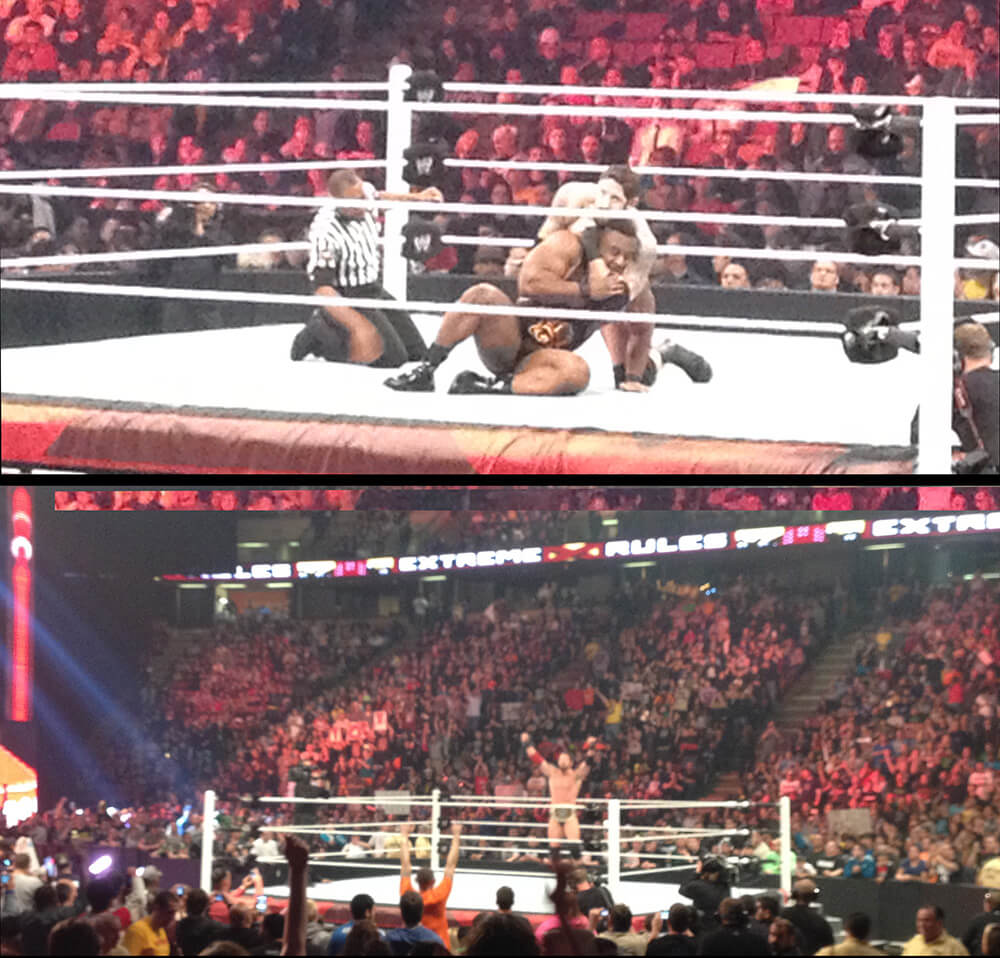 The Shield vs Evolution was awesome. Just plain awesome. They went into the crowd and jumped off of pretty much everything. I was so excited the entire time that I was actually REALLY tired once the match was over…I thought I might fall asleep after all the energy I had used to cheer on my team! …Didn’t get any pictures though, I was just too distracted by all of the awesome!

Let’s be real though…I was just SO happy to be able to see a live match between two of my favorite Divas!! 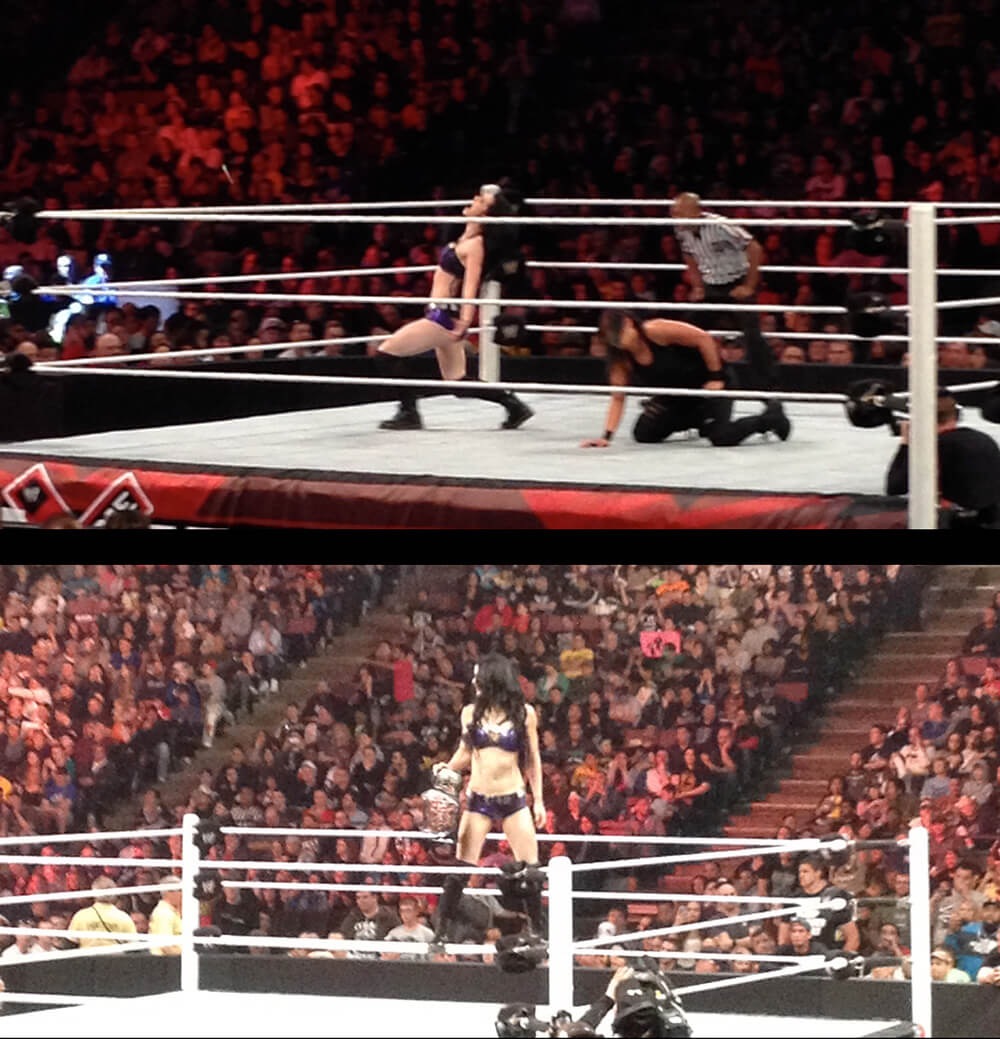 Paige is amazing. She is the youngest Divas Champ in the history of the company and has been involved with wrestling since she was really young. She has so much talent and has really strong matches against the other women in the WWE. And Tamina is just as passionate and talented, I am glad she has been getting a push recently.

And of course…Daniel Bryan was as super as ever! 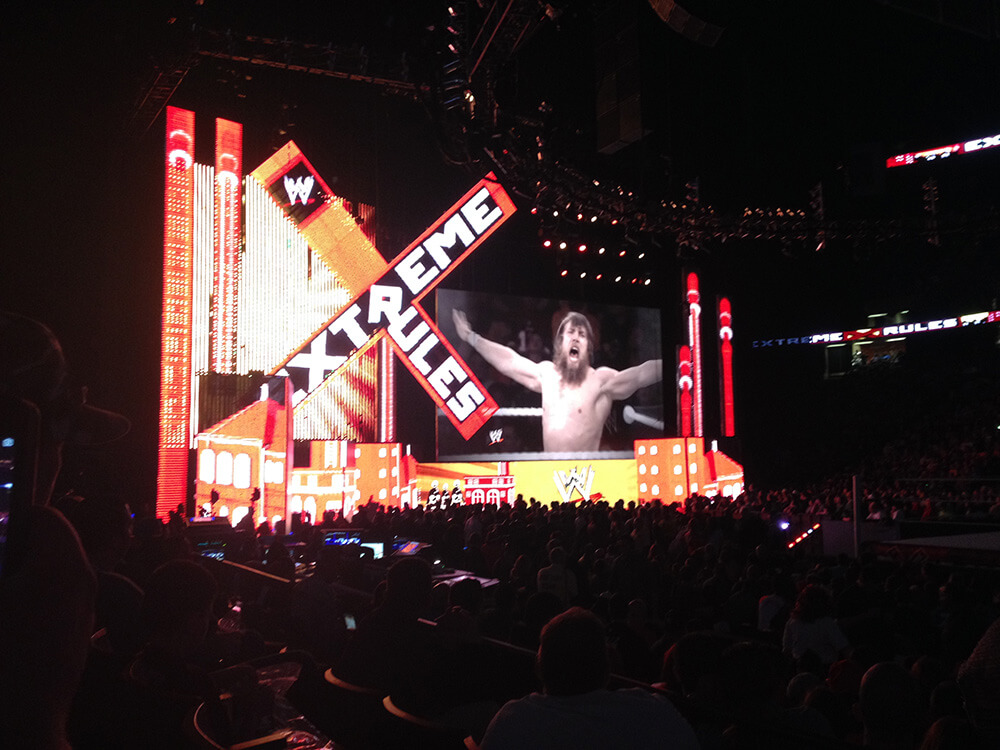 We even got to see the car that he and Kane smashed during their fight…it was conveniently parked next to our car in the parking lot after the show!!

Our friend Ryan joined in on the fun – and Mr. Ian got a choke slam into it?!

Overall this was definitely an EXTREME experience. I consider myself lucky to have friends who are into this and can introduce me into such a fun little universe. I hope to be able to go to some more live events the next time they come around!

I would also like to point out that this was supposed to be written and posted only a few days after the actual event… and I am terribly sorry that it did not! I have been getting some freelance work and haven’t had as much time to write. I hope you all can forgive me!!