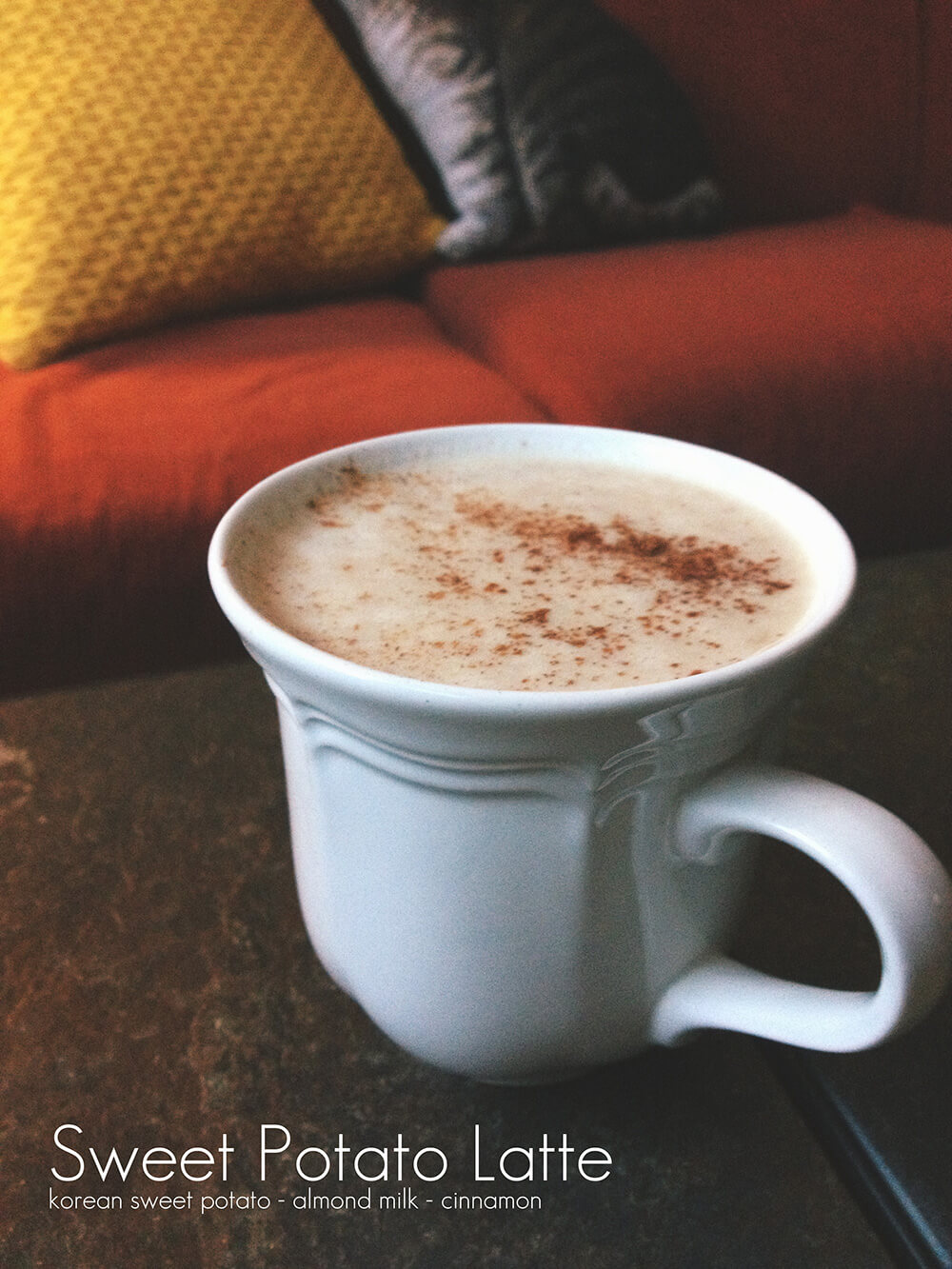 I love creamy hot drinks. Hot Chocolate? Chai? Lattes? Yes to all please. But sadly the less I try to consume dairy, the harder it is to find new drinks. Sure, most coffee shops carry soy milk, and occasionally almond milk, but if you aren’t getting a standard latte, dairy sneaks in easily. Most sweet drinks use powder mixes that not only contain whey, but also a big list of mystery ingredients. So I decided to make a collection of vegan sweet drinks to experiment with. Not only is it cheaper to make these drinks at home, you also have total control of what goes into them.

We start this series with a Korean Sweet Potato Latte. It technically isn’t a latte since it contains no espresso, but that doesn’t stop people from calling a green tea latte a green tea latte (so why stop there?). In fact, there are many Asian flavored lattes that usually contain no espresso. In Korea this drink can be found all over, but it reaching international drinkers via Holly’s Coffee.

The scary thing about most of these Asian lattes are the calories. The sweet potato latte is a whopping 445 calories at Holly’s Coffee. *shutters* That is more calories than what eat before a run! My version has about 100 calories, or less. I would love to try the original since I want to see how this drink can get to that many calories?! Maybe it’s made with whole milk? Lots of sugar? Maybe its the amount for a large? 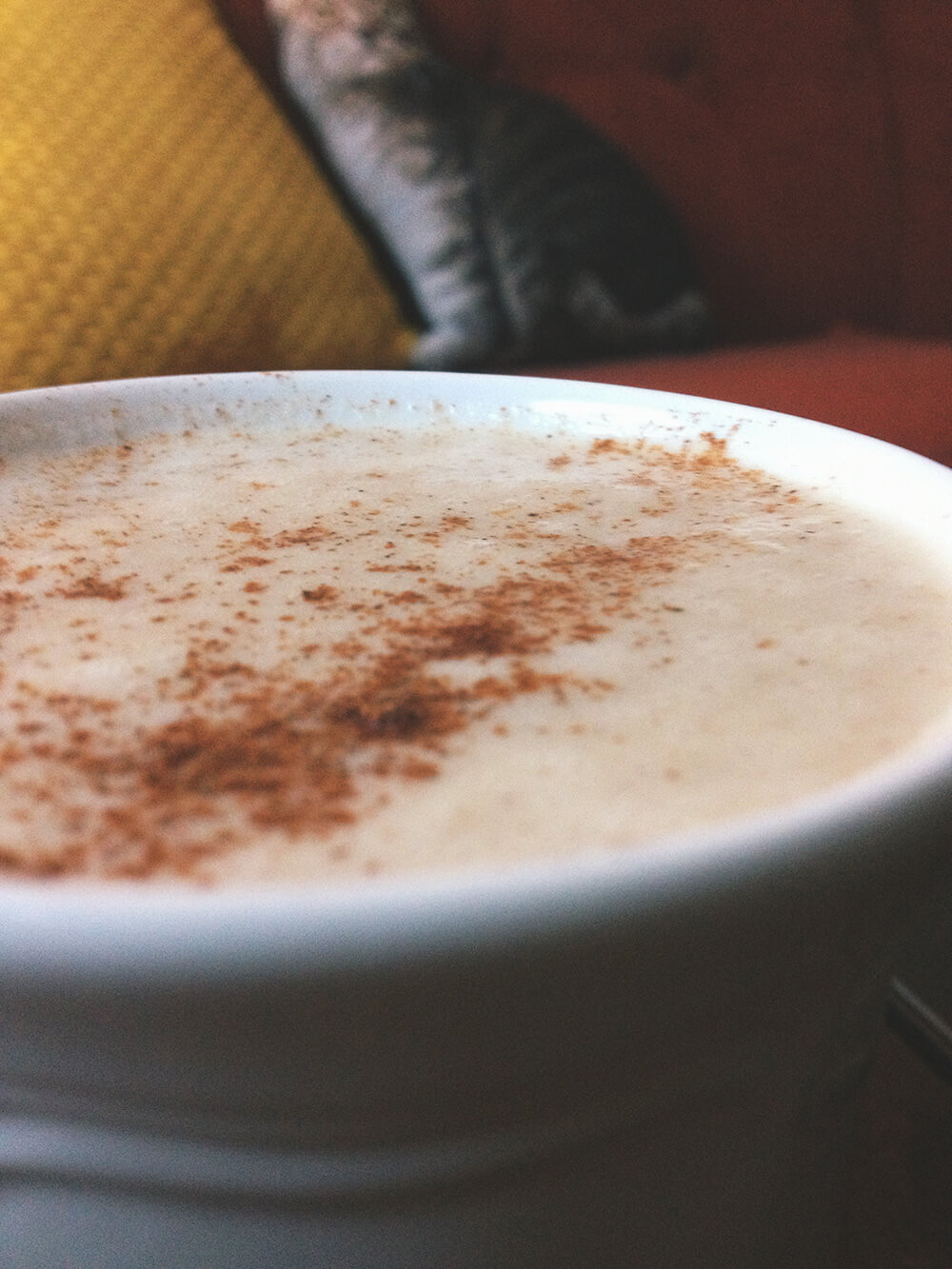 The trick is getting a korean sweet potato. No, I’m serious! I had been experimenting this drink for months with some okay results. The problem was that I was using the standard orange American sweet potato. Asian or Korean sweet potatoes have a chestnut sort of flavor, which is very different from the orange ones we eat. The flesh is white and more of the consistency of a “white sweet potato.” I should try this recipe out on those, since they are more readily available.