This Month In Jen: October 17 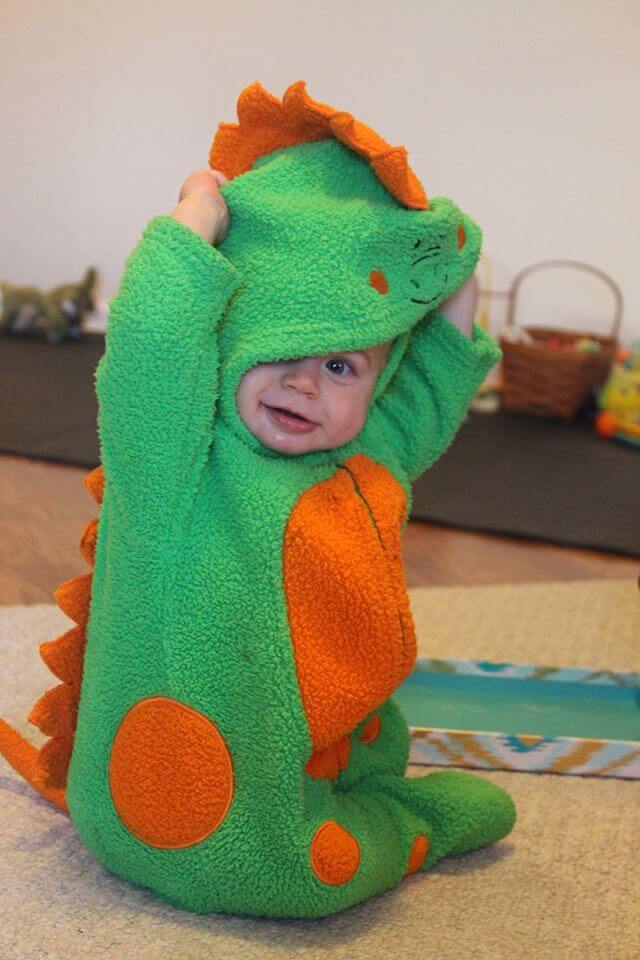 It is definetly getting colder out. We survived Halloween, and we are already trying to transition Wolfie for daylight savings time. Or rather the end of it. I never understood the point of it. We also now need to start thinking about Thanksgiving, and I am now knee deep in looking at winter gear. Figuring out mittens and rainboots… and I guess snowboots? Ugh, and an umbrella! I’ve got two raincoats though! You really take for granted all the things you need for different weather patterns until you need to periodically buy them every year or so. XD

Reading I randomly picked up The Book of Other People from the library because of.. well… the cover. It was in he non-fiction section… which I dunno… seems to be the wrong place. It is a collection of short stories by various artists with the common thread of featuring a fictional character. The book was edited by Zadie Smith, and I am pretty sure the proceeds went to a charity, though I can’t remember it right now. It is funny reading reviews for this book because it gets a consistent review of about 3 stars, but everyone’s favorite stories are all over the place! I guess the best way of putting it is the no matter what type of author/story you like, you will probably like at least half of the stories.

Watching As always Jon and I tried to watch as many spooky things for Halloween- sadly horror films were a bad genre for when you are trying to be quiet. Why? The dynamic range in the soundtrack. You have to jack up the volume to hear the characters talk, and then all the sudden there would be a loud thud to creep out the audience. Since I didn’t get to do my normal reviews I’ll try and do the same in a very quick form.

Year: 1985
Directed by: Tom Holland
Rank: 6/10
Spooky Type: Vampire
Watch: Amazon + Netflix
Does anyone remember my review of An American Werewolf in London? Well, this has the same issues. A total sausage fest. There are only two female characters- the mom and a girlfriend who is still a virgin. Something I don’t really understand why it has to even be part of the plot. Just like An American Werewolf, Fright Night mostly focuses on humor, which I liked. The overall story is that a boy finds out that his new next door neighbor is a vampire. He tries to fight him, and even tries to get an old actor who plays a vampire hunter on TV to help him. 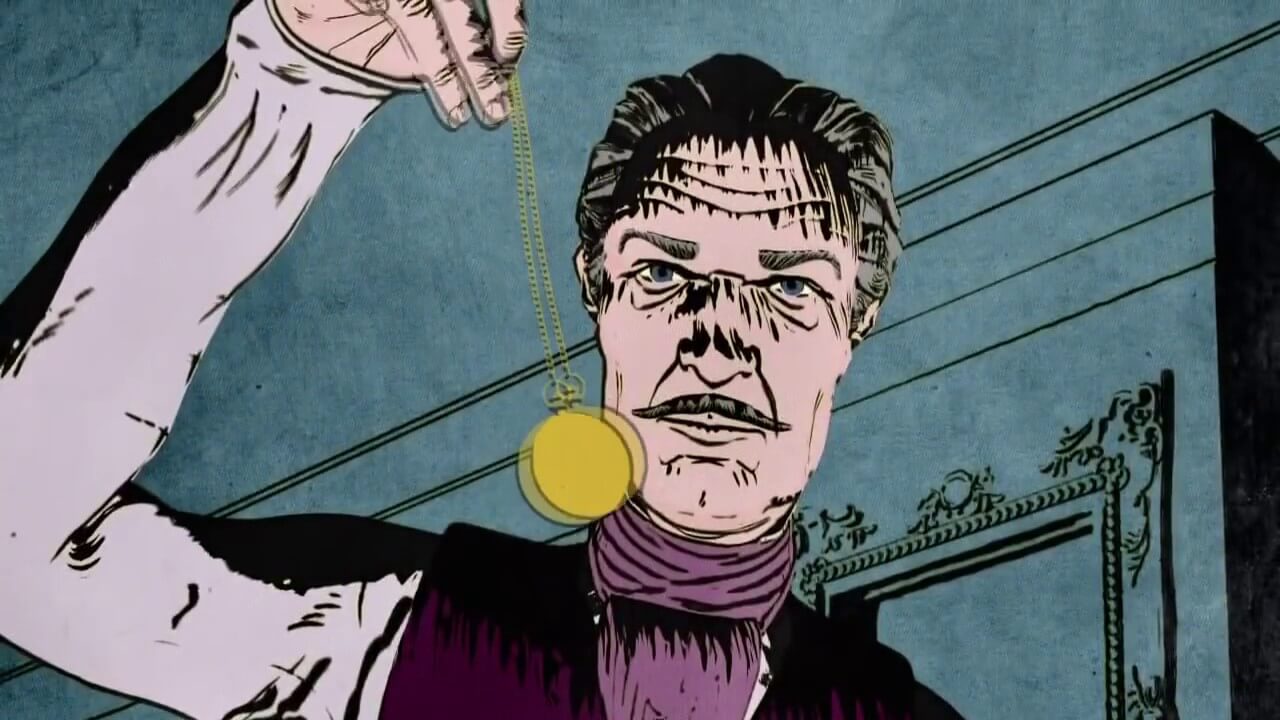 Year: 2013
Directed by: Raul Garcia
Rank: 8/10
Spooky Type: Edgar Allen Poe
Watch: Netflix + Amazon
This is a collection of Edgar Allen Poe stories accompanied by CGI animations. Each story has it’s own style, so it isn’t a polished collection. You might like one short, but not the other. I have fairly “meh” feelings about most since they are usually just straight readings of the text with animations to go with it, one using an old recording of Bela Lugosi. But I think my favorite was the short for The Facts in the Case of M. Valdemar. The animation reminded me of a comic book (still featured above). This story was also done without an overall narration like the others. It is worth checking out, and many people say it is a great way to introduce Poe to kids, but the last story The Masque of the Red Death has some nudity and sexual content. So keep that in mind.

Year: 2011
Directed by: Craig Gillespie
Rank: 6/10
Spooky Type: Vampire
Watch: Amazon
Why can’t they get this right?! I think this time around the story has a much better flow. The transition into the neighbor being exposed as a vampire seems better, and they don’t open with the main character whining about not having sex with his girlfriend. The story takes place near Las Vegas, so it makes sense why a vampire would move there. Being up all night won’t be so weird, people move in and out all the time, etc, etc. The old hack vampire killing actor is replaced with David Tennant who is like a Criss Angel type of performer. Turns out he is a major expert of vampires, and unlike the old version, actually believes in it. The downfall of the newer version is that everything is amped up to WAY OVER THE TOP! Car crashes, burning houses, just really ridiculous stuff. I mean David Tennant was pretty awesome!

Year: 1986
Directed by: Robert Young
Rank: 10/10
Spooky Type: Kids Witches
Watch: Amazon
Before Harry Potter there was The Worst Witch. The story follows Mildred Hubble, who is the biggest fuck up in her class. She can’t get her cat to fly, she messes up her potions, and her cat isn’t even black! This made for TV movie has a star studded cast of Tim Curry (The Rocky Horror Picture Show, Clue), Fairuza Balk (The Craft), Charlotte Rae (The Facts of Life), and Diana Rigg (On Her Majesties Secret Service, The Great Muppet Caper). You would think it would be top quality right? WRONG! I mean the special effects were probably pretty good for a made for TV movie at the time, but goodness it is CAMPY. It has the best sequence with Tim Curry, which is probably why the film is a cult classic today.

Year: 1985
Directed by: Walter Murch
Rank: 9/10
Spooky Type: Kids Fantasy
Watch: Amazon
If you are going to watch a “horror” film with a kid, this is a great place to start. I wouldn’t call it a horror exactly, but it does fit in with Halloween’s spooky environment. This movie takes from two different Wizard of Oz stories and mashes them together. It puts Dorothy in a weird spot, trying to stay true to the books but assumes that the viewer has watched the classic 1939 version. Dorothy has ruby slippers (she has silver in the book), but the Emerald City isn’t really all green (in the book the Wizard had citizens and visitors wear green tinted glasses.) The movie was a box office fail since the series is pretty dark. But it is worth watching. Fairuza Balk plays a great Dorothy, and there are some great stop motion animation.

Year: 2017
Directed by: Jordan Peele
Rank: 10/10
Spooky Type: Suspense
Watch: Amazon
Look at me- being on trend! Yes, I watched Get Out in a timely fashion and it was awesome. I could talk about it, but I don’t think there is much to say. If you’ve never heard of the film, the storyline is that Chris is a black man dating Rose, a white girl. He is heading over to her parents for a weekend, meeting them for the first time. Naturally he is nervous meeting them, and seeing how they will react to their daughter’s new relationship. But things are really weird when he gets there, and everything escalades. I strongly recommend watching this film.

Year: 2016
Directed by: Mike Flanagan
Rank: 8/10
Spooky Type: Serial Killer
Watch: Netflix
I usually hate serial killer movies. I find them… boring? I feel like that is the wrong word. Pedestrian? That makes me sound pretentious. Unrelatable? Probably the best term. I wouldn’t say my husband loves them, but some of his favorite movies are 80s slasher films. This movie is more a survivalist thriller, with a twist. Maddie is a deaf writer who moves out into the woods as a way to get over her ex. A serial killer comes to her house, and she has to act quick to survive. This is an interesting movie, as the director and his wife (who plays Maddie) both wrote the film. Like in realist cinema, they acted out the scenario several times to make it as realistic as possible. As a result, my husband and I were constantly saying “why the heck doesn’t she do this?” or “shouldn’t she hide there?” but let’s be real, when your in a panic, you don’t think straight.

We also have been watching the halloween episodes of Bob’s Burger and the Simpsons. Plus watching some R.L.Stine’s Haunting Hour and the Netflix series The Worst Witch. It is funny watching The Worst Witch because at first my husband was pointed it out that it was a rip off of Harry Potter till I said the series was written in the 70s. I wonder how many other books use magical witch schools as a plot? 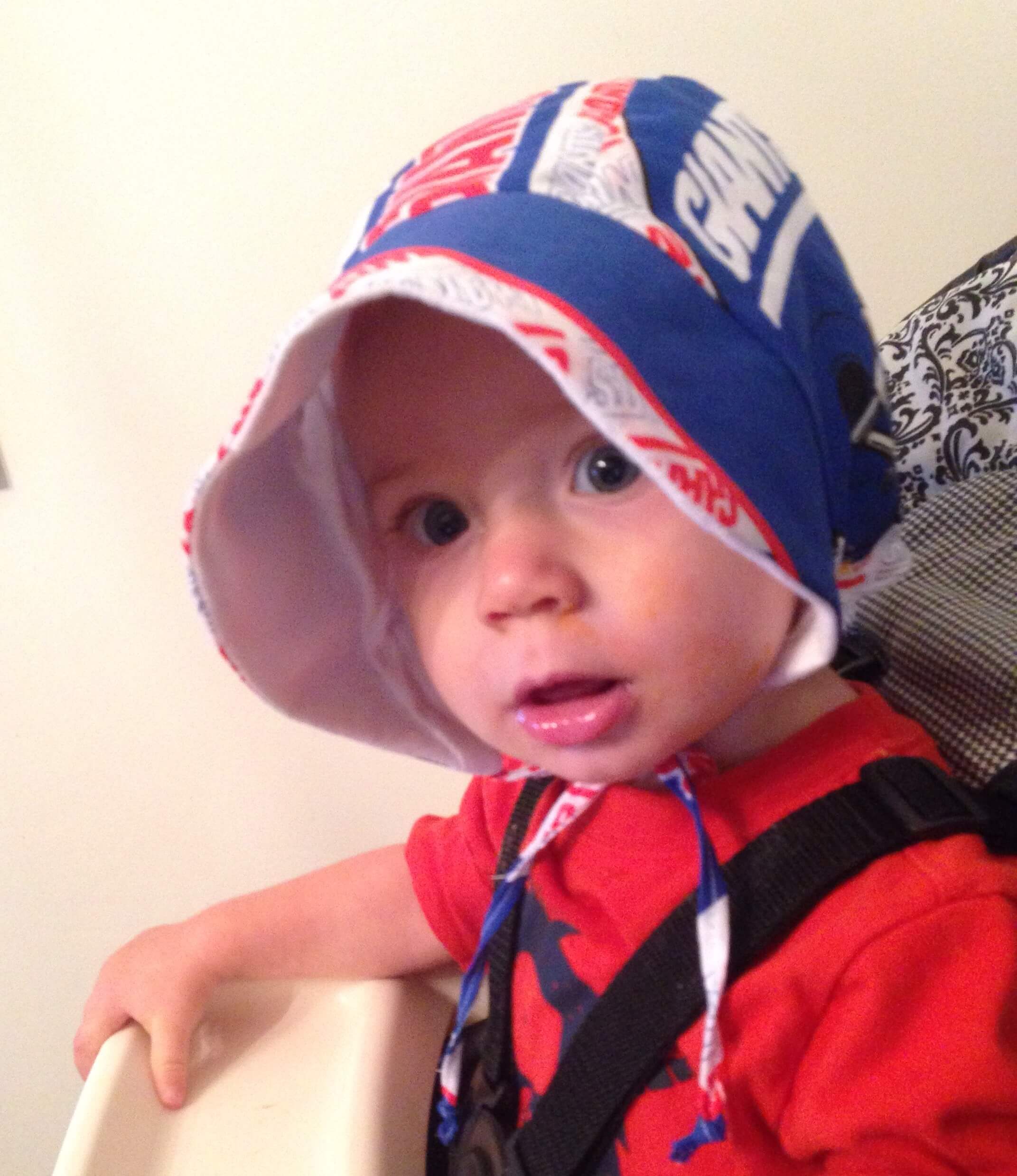 Crafting So I’ve been trying to work more on the shop, but not much to show for it. XD I’ve been playing around with a bonnet pattern, which I made a sample using a Giants handkerchief. It turned out cuter than what I expected! But I will have to make alterations to the pattern to make it look nicer. Pretty soon there will be some new items on the shop just in time for the holidays.. hopefully there will be bonnets as well!

Podcasts Trying to squeeze in as many spooky themed podcasts as possible. So I’ve been busy downloading spooky themed episodes from Stuff You Missed in History Class. I think the ones that sticks out are the recent ones about Edward Gorey and Carl Tanzler. I thought it was interesting to hear about Gorey’s later life, and his love of Buffy the Vampire Slayer. And I although I like the haunting episodes, Carl Tanzler was just a very different narrative. If you listen, trigger warning of stalker-obsessive behavior. 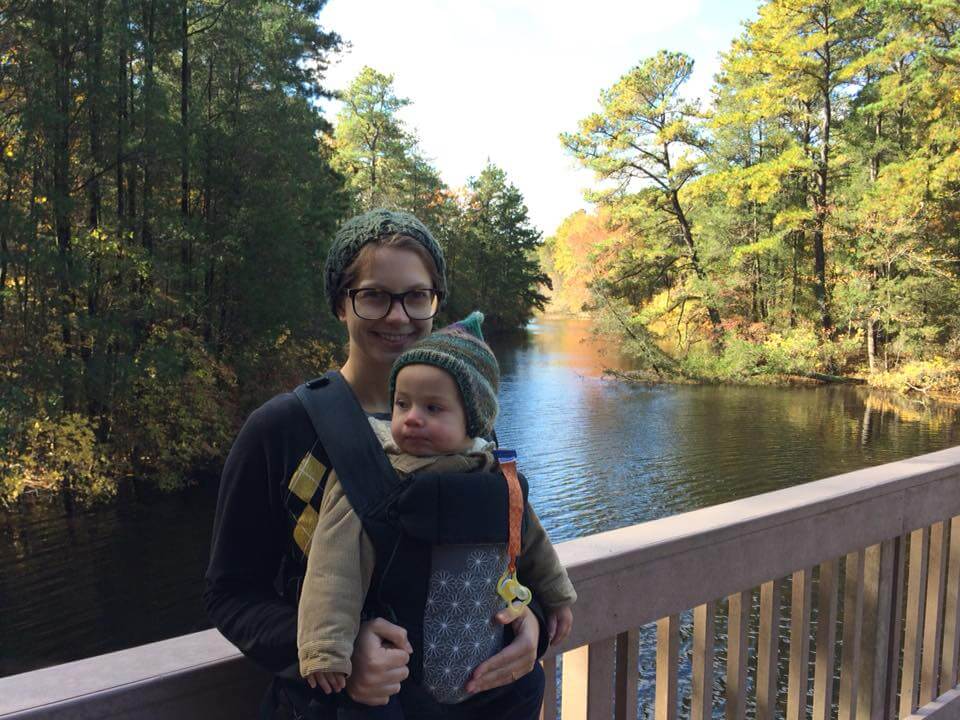 Traveling We were going to try and check out Jawn of the Dead– a vegan halloween festival but there was a big storm that day. It was in Philadelphia so that would of meant driving in, parking, and walking probably several blocks with Wolfie. We decided it wasn’t worth it, and hope that next year they have the same popup. Wolfie will be older and will enjoy it a little more. Because of that Jon was pretty mad since he took some days off. So we looked at our local library for museum passes and decided to check out Woodford Cedar Run Wildlife Refuge. I am going to write up a review of the place on the blog because it was really beautiful.

CSA We are getting the end of the share. Just three more weeks left, getting our last share in time for Thanksgiving. Luckily we are dwindling down to the veggies that last longer, the roots and gourds. We got some long pie squash, butternut squash, brussel sprouts, sweet potatoes, white potatoes, lots of leafy greens, carrots (orange yellow and purple), radishes, and turnips. Since the weather has been crazy, raspberries are JUST dying out, along with tomatoes, eggplant, and bell peppers.

Articles I thought I would share this article about how a bartender is making motherhood work. As someone who loves cocktails, I always wonder if it is something I could pursue as a career. I don’t think I EVER want to be a bartender, but it does make me wonder how people do it.