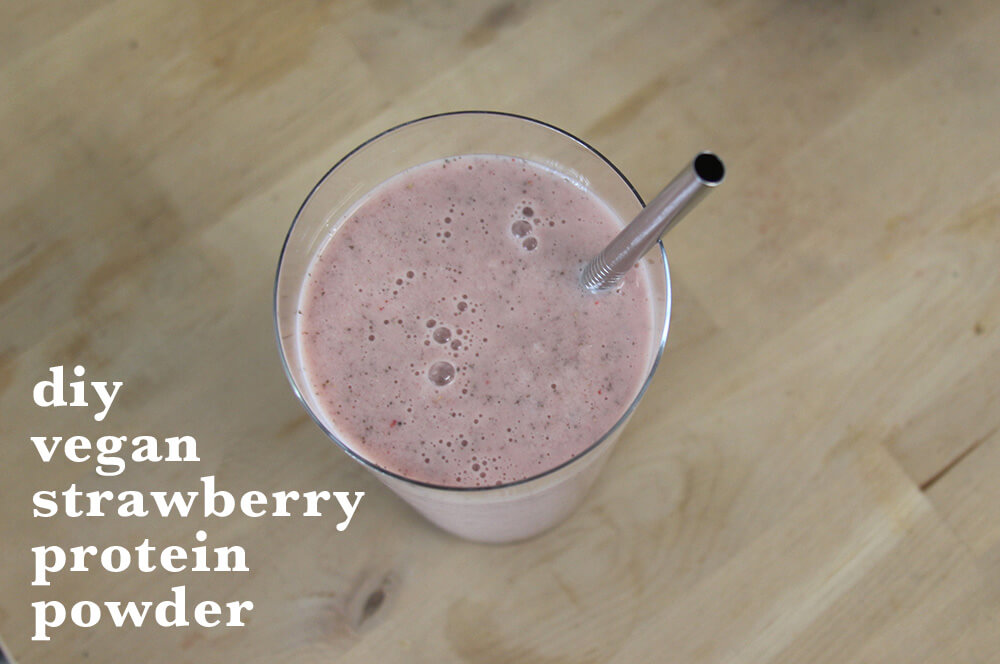 I had already posted a recipe for a pre-made smoothie mix, but I was thinking lately about how expensive protein powders are. I had some on mornings when my husband was able to make my shake before me. It was easy to take a nice mix like Vega and blend it up quickly, but the price tag was too much and I wanted to try to make a protein powder that could just be blended on it’s own without too many other ingredients.

I had a brilliant idea of using freeze dried fruit to add flavor to chalky protein powders and I have to say it works pretty well! I remember the days when you could only get the stuff like freeze dried iced cream from the Smithsonian Air and Space Museum, but now all sorts of freeze dried things are popular snacks. I got mine from Trader Joe’s for a pretty reasonable price and it is easy to just dump the bag in the food processor to make the mix.

Oh… but wait…. take out that silica gel packet first!

I didn’t and my god did I cry. Sure I am a little sleep deprived, but I was pretty pissed. I used two packages of freeze dried strawberries, two cups of protein powder, and made a smoothie. And it tasted awesome. So I started to pour the powder in a container and noticed a shredded up packet. I had to throw out my smoothie, and all the powder mix. AWFUL! 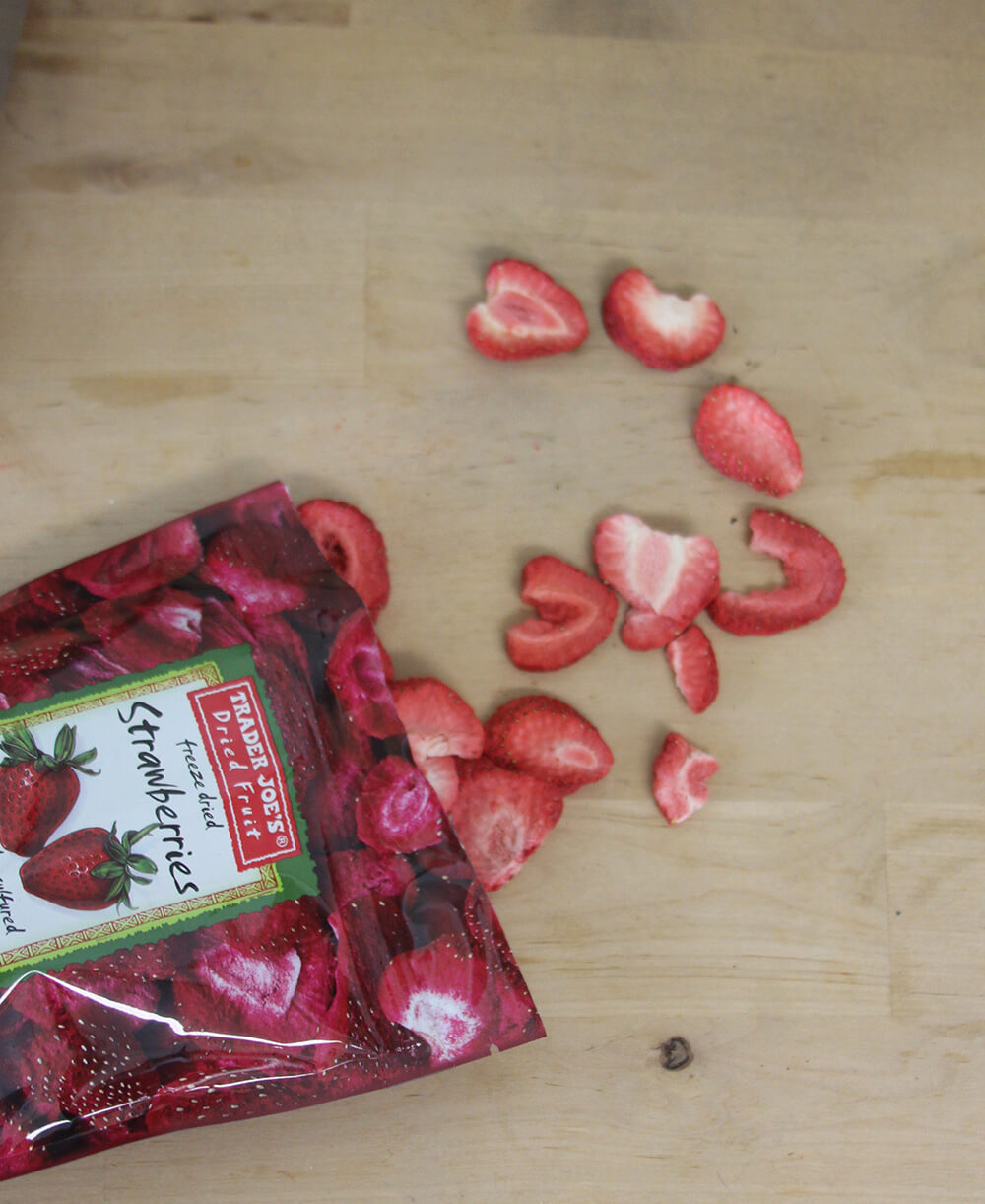 Well, it gave me motivation to test out a few things a little more. I tried the freeze dried blueberries, which were so-so. The freeze dried mangos were awesome! I tried mixing with just water, just plant milk,  or plant milk and ice. I have to say the homemade mix does pretty well with just milk, though I still suggest at least blending with a banana or avocado with ice to make it creamier.

One thing to keep in mind is that since I am not using flavoring agents like most smoothie mixes would use, you need more mix per smoothie. It might feel a little weird at first getting a measuring cup to make a smoothie, but it won’t taste too thick. 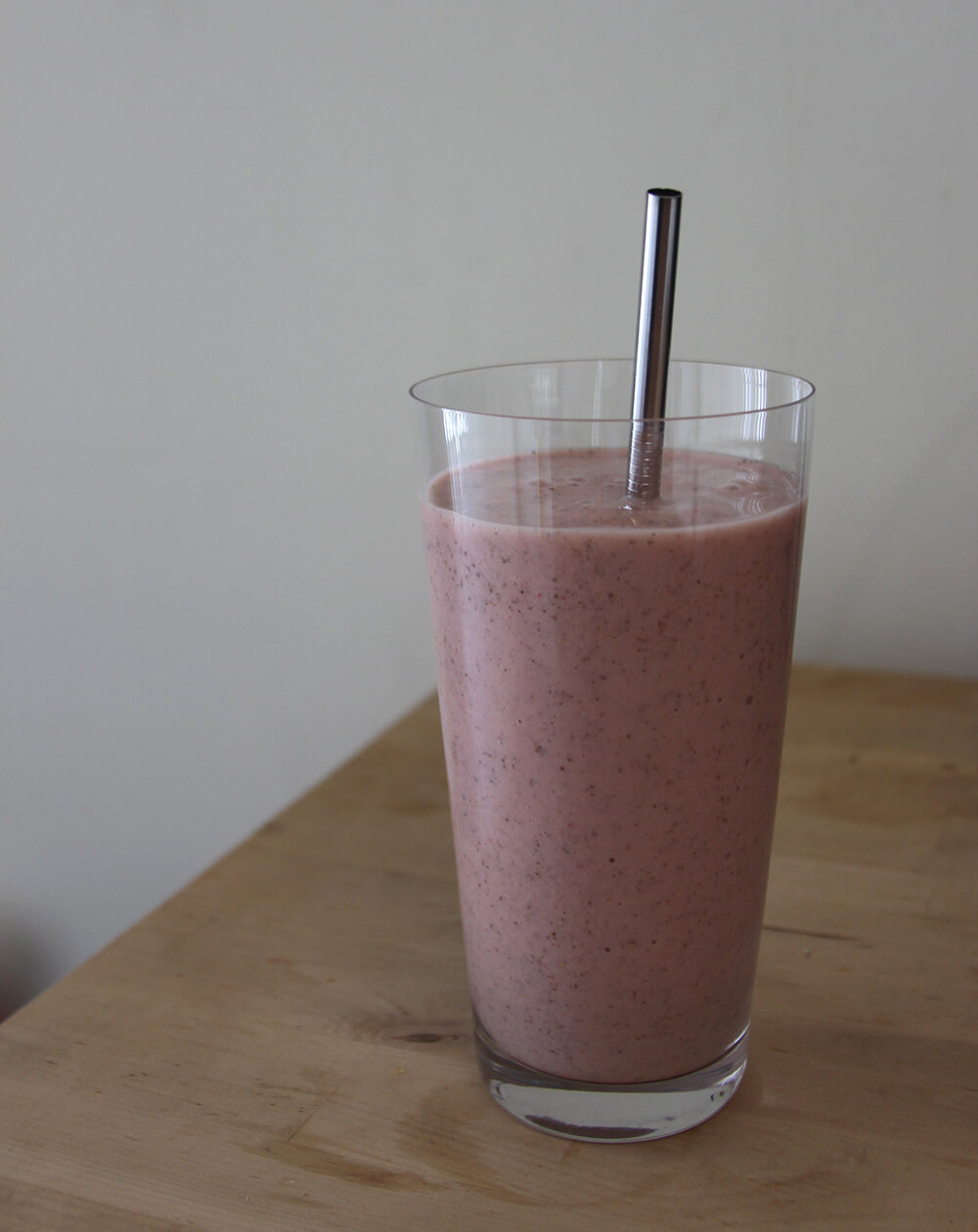