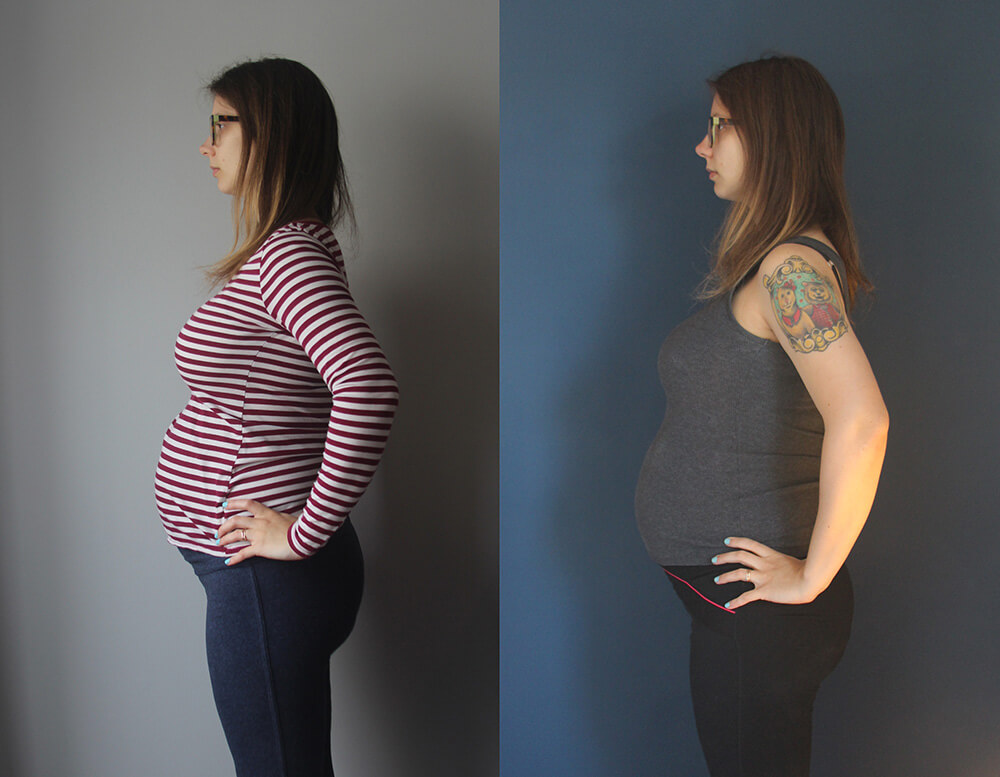 Went to the doctors for one of the long appointments. I had my prenatal diabetes test done (and I got the results which say “reference range: <135 (mg/dL) ” so I passed?) which wasn’t nearly as bad as what I was expecting. The way they scheduled appointment made it seem like I would be doing the glucose test- THEN see the doctor after waiting an hour. It more like seeing the doctor after drinking the sugar drink, then waiting the remaining time before getting my blood drawn again.

The funny thing is that I don’t THINK I am a picky person when it comes to doctors. But when I meet a doctor I don’t like, I do complain a lot. I think I tend to dislike doctors that treat me as fragile, or overly delicately. I guess I shouldn’t be complaining if these type of doctors are delivering my baby, I can safely say they wouldn’t so anything questionable to rush the delivery (which I spare the details of what I mean.)

But the doctor I got recently proceeded to ask which arm I wanted a shot in because it would make it weak. He even offered to have someone give the shot in my bottom if I was worried that the shot would make my arm TOO weak. I instantly was expecting a huge needle that was insanely thick and an intense burning from the injection. But I figured get it in my arm, it probably wouldn’t be a big deal. Seriously, barely felt it, didn’t even bleed. My boss and I have a theory that maybe he got his shingle shot recently, which can cause a small inflammation on the arm. He is older, and was going on about how his recent shot was awful.

Oh he also offered to put my purse down and pick it up, which is nice I guess. But if I can’t bend over easily then how can I get various things done throughout the day?! Give me cold jaded doctors any day please.

Well, I haven’t slept through an entire night in awhile. It hasn’t been too bad. I often wake up in the middle of the night and turn over, then fall back asleep. So nothing too awful. I am also starting to understand why people drop $50-100 on those pregnancy pillows. Earlier this week I had horrible hip pain at night. After a few google searches it turns out that in an over simplified explanation, my legs were kind-of being pulled out of my hips sockets. All I had to do is cram another pillow in between my ankles. It solved the problem. But now it is a real pain to climb into bed, putting one pillow at my feet- one between my knees, and wedge a stuffed animal under my tummy. Actually wedging the stuffed animal is kind-of cute. It is sort of like my stuffed polar bear is hugging my stomach.

Another weird thing I notice is that my legs are super tense at night. I think it has to do with leg cramps that most people get at night. It is just very odd, I wake up feeling like my legs are soar as if I did an intense workout the day before. But once I get moving, the feeling goes away.

As you can tell from the picture- I gotta stop wearing that tank top for those photo shoots. It is just stretched out too much. XD  I am actually finding that I should have enough clothes for the rest of pregnancy. Which is a little sad that I can stop shopping around. I have been looking around at nursing clothing. I plan on breast feeding, and I am starting to take note that some of my clothes aren’t the greatest for boob access. A quick look at my fashion posts quickly reveal that I like high necklines. Oops!

I’ve been pretty good. I am starting to get Braxton Hicks contractions, but I usually don’t even notice when they happen. Which leads me to wonder if I get symptoms that I just ignore. It is funny that farts are a symptom that seems to plague pregnant women. I think I have been farting less while pregnant- except when I do fart it is embarrassingly uncontrollable. And usually when I am doing something like bending over or while walking. Luckily these are rare and usually when I am alone, so only I can laugh at how absurd it is.

I was also pretty excited to read this article that suggests that Pregnancy Brain might not be real! I think it makes sense, there is a lot on a pregnant ladies mind. I have a huge to do list with getting my house ready for baby (because I won’t have time afterwards), getting a pediatrician, dealing with the health insurance company, figuring out delivery details, managing money, etc, etc. It is just stressful, so yeah, I might not be able to remember smaller details that I normally would have time to.

Can I say cookie butter and I are totally clicking right now? I’ve been having a late night snack of Wegman’s new bajillion grain bread (might not be the official name ^__~) with Trader Joe’s cookie & chocolate swirl butter on it. Even more amazing is when I take the raspberries from my CSA and put them on top. I’ve even put the cookie butter on some Asian Pear that is from a local orchard.

Otherwise the acid reflux has been killing my eating game. It is very annoying, sometimes making me wait longer to eat dinner than with my husband. I recently posted a What I Ate Wednesday if anyone wants to take a look.

It just occurred to me that our baby shower is in 2 weeks! I am pretty excited since that means delivery day getting closer. Maybe Jon and I will get the nursery painted before the shower and start getting a nursery put together. Baby isn’t due for awhile but I am always thinking best to be as prepared as possible. We already got a gift in the mail and we now have one of those cute baby boogie suction balls.

Last post I forgot to include cute animals! My goodness I feel so bad, it is probably the best part of the post. You learn about cool animals AND see something cute. So I included the animals that the baby was the size of from the previous two weeks as well.

Week 26: Slow Loris This small guy is a primate that hunts at night. He quietly sneaks up on his bug prey and quickly snatches them. I personally love these animals, but sadly they have a growing popularity on the internet because of some cute YouTube videos that people take of their pet Slow Loris. The pet trade is something I don’t want to promote, so finding cute photos of the Slow Loris is wild is pretty hard. But I did find some cute photos, and a fun SciShow video.

Week 27: Fennec Fox Another animal that is often found in the “exotic pet trade.” Again don’t get one, but luckily a quick google search has tons of cute photos of this animal in the wild. These cute guys live in Africa and have those big ears to help keep them cool in hot weather. They are so small apparently their main predator is an eagle owl.

Week 28: Echidna I have a soft spot for the echidna. This mammal lives in Australia and is one of the few mammals that lay eggs. Yup, that’s right eggs. The spines are for protection, and they will burrow under some leaves and dirt so all you can see of them are just the spines. The echidna eats in a similar way as anteaters, with a long sticky tongue, which is why they have so a long nose. I hope I’m not the only one who finds them cute.

Week 29: New England Cottontail Yeah I am not sure why my app decided to get real specific. I mean slow loris and echnida aren’t any specific species, but New England Cottontail? That’s a specific species of rabbit that lives in a very small amount of space. Most people see Eastern Cottontails, and I see them all the time. Since the species is so specific I don’t have any photos to share, although I did take a few snaps of an Eastern Cottontail last year.