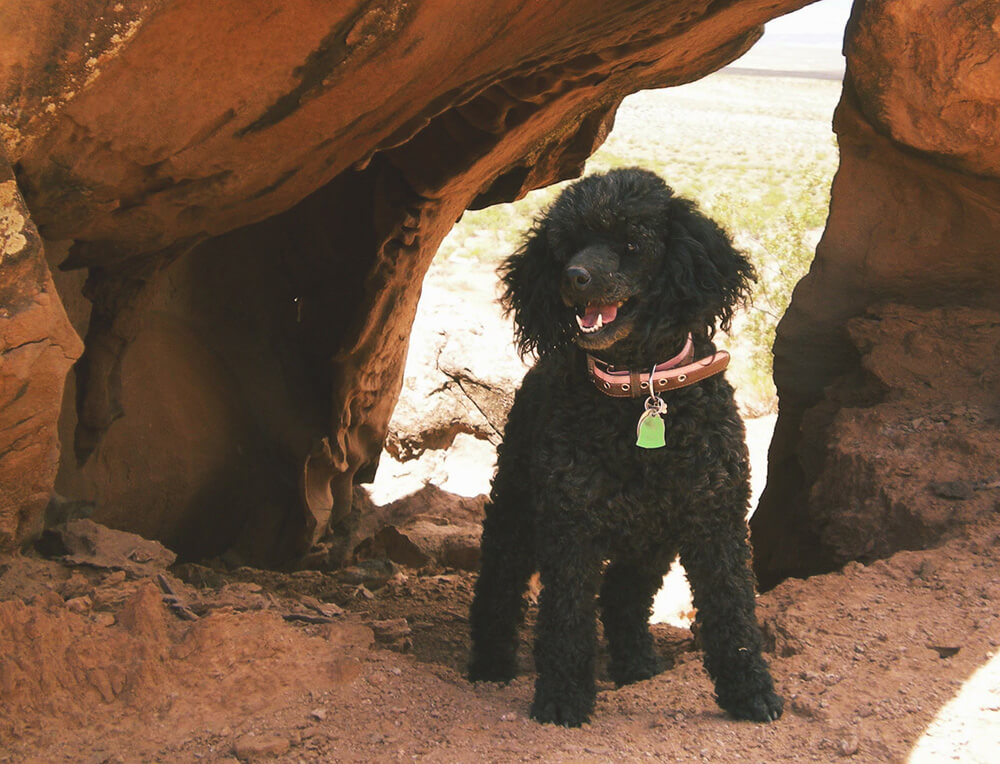 Hey everyone, this week has been a little weird. I got a text from my Mom on Monday saying our dog Madison couldn’t stand up and they made an appointment at the vet that night. The next morning I got a text from my Mom that she had been put to sleep. The first day I felt pretty fine. I thought it might of been because we knew she was in poor health the past two years. She had a lot of joint problems, going blind, loosing hearing, and had a harder time controlling her bladder. After all, she was 15 years old. The last time I visited my parents house, she was constantly slipping and sliding. A year ago if you tried to help her, she usually wiggled around in your hands hoping you didn’t pick her up. But in recent times, she gave up and surrendered, knowing she needed that help to get back on her feet. But the next few days I just felt like crap, and I kind-of ignored it. I’m feeling a little better, but she was in fact my first pet that wasn’t a rodent. I had guinea pigs when I was younger, and let’s be real, humans have stronger bonds with dogs (because of you know, evolution). Although I am sad to loose a friend, I am glad that she is no longer in pain. I think out of all people, my father is taking it the hardest. He didn’t seem to think she was in as much pain as everyone else thought. Maybe he was in denial. Maybe not. But it is a little funny when the day before we adopted Madison my Father played dumb about the whole thing, “Dad, are you excited about getting a dog?” “Oh we are are adopting a dog?” But I think the second he saw a small 3 pound puppy hopping through our over grown grass, he fell in love. The lawn also got mowed soon afterwards.

It was only a few days after bringing her home, I remember there was a huge hurricane and the power went out in the middle of August (or maybe July?) She wasn’t far in her house training, she was black, and there was no electricity. I just remember unable to sleep all night, having a crying puppy. I remember being distinctly afraid of taking her outside since it was so dark, nor could I even see her properly in the dark so I couldn’t get her leash on even if I tried. Poor puppy had worms and lets just leave it at this, we threw out the carpet the next morning. She got better and was a pretty wild pup. Everyone has a preconceived notion that poodles are well behaved dogs, but Madison was a fairly gross dog. She loved rolling around in our compost heap and would come in with smelly grey stuff matted in her fur. She managed to kill a family of baby moles, catch birds in midair, and later in life eat whole rotting fish. Classy dog eh?

A week before I left for college she drove across the country with my Mother to her new home in Saint George Utah. This would be her new home, which didn’t seem like a normal place for a black poodle. Saint George is located in southern Utah, so the area is a desert (not anything like Salt Lake City). She was pretty happy there since she was able to have someone home with her all the time since my Father didn’t work. She went on a lot of trails with him, and since it was so easy to keep track her she got to enjoy being off leash and smelling whatever she wanted.

After about 10 years of being in Utah, my parents moved back to the east coast. She came back with my mother and lived with my sister and her family until my mother found a new home. At this point she was showing her age, and was living with people who didn’t live with a dog before (aside from my mother and sister), so there was a lot of adjusting for the humans, and the dog. It was also hard for her since the house had three floors, and going up and down the hardwood steps was a little bit hard for her. I think it was a confusing time for Madison, and she didn’t get much stability until my parents found their home and moved in a few days after Christmas. She was able to live her new house for about a year.

I was originally going to write a Sunday Reads post, but it morphed into me just reminiscing over Madison. I loved her, and we had a strong bond when I was living with her. I secretly hoped at some point she could come and live with me again, but it was pretty hard to see her unless I came out to Utah since she was too big to fit as a carry on on a plane. She taught me a lot. I think without her I wouldn’t of been as aware of the genetic problems that occurred from “pure breeds.” I don’t think I would of transitioned to veganism when I did if I didn’t have a strong emotion bond with an animal. I’ll miss you Madison.