Philly The City of Love I had some posts started before I fell far behind last week. But I think I should talk a little about my weekend. I don’t talk about “new” things about me as much as I would like on my blog. Lately they have been mostly restaurants, recipes, and educational stuff. I think the fashion posts and the sunday reads posts were spots that I could just talk about what I have been doing everyday. I like more structured posts since it gives me a chance to explore new areas, help people with purchases with reviews, and learn new important things about veganism. 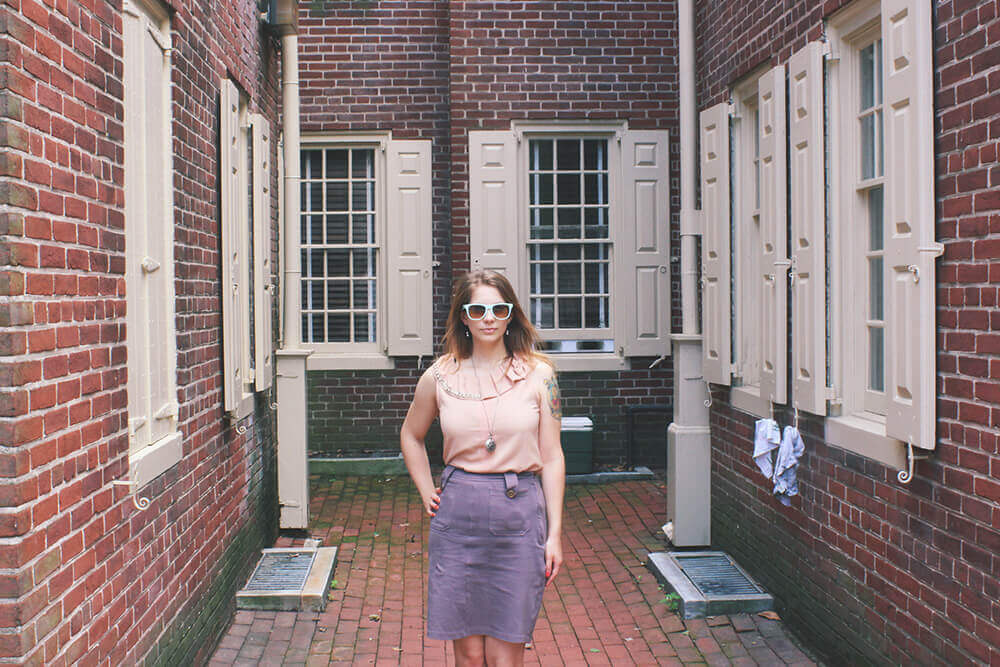 First let me start by pointing out how bad ass I look? My husband is a delicate flower when it comes to photography, he is so worried he will mess it up. I don’t blame him since I have pretty high standards. I complained so much in college that my friends would post every single photo on facebook. It wasn’t like they were posting bad photos of their friend to make them look better, the photos of themselves were equally bad. I finally came to the conclusion that they just had no clue how to photograph people. So when my husband takes a photo of me, he panics. And worst, I want him to take photos of me in PUBLIC- in front of other people!

So while walking around there was a cute government protected historical building, that had it’s gates opened, so I asked if he could snap some photos since it was kind-of out of the way. I posed, he snapped, and he even took some photos of me candidly! Wow! Maybe it is because he is helping with coding of the Free People website that he is getting some fashion blogging tips. I even got some bad ass wind gently blowing my hair. Well, it just means I will probably bother Jon to take more fashion photos when we go out. XD 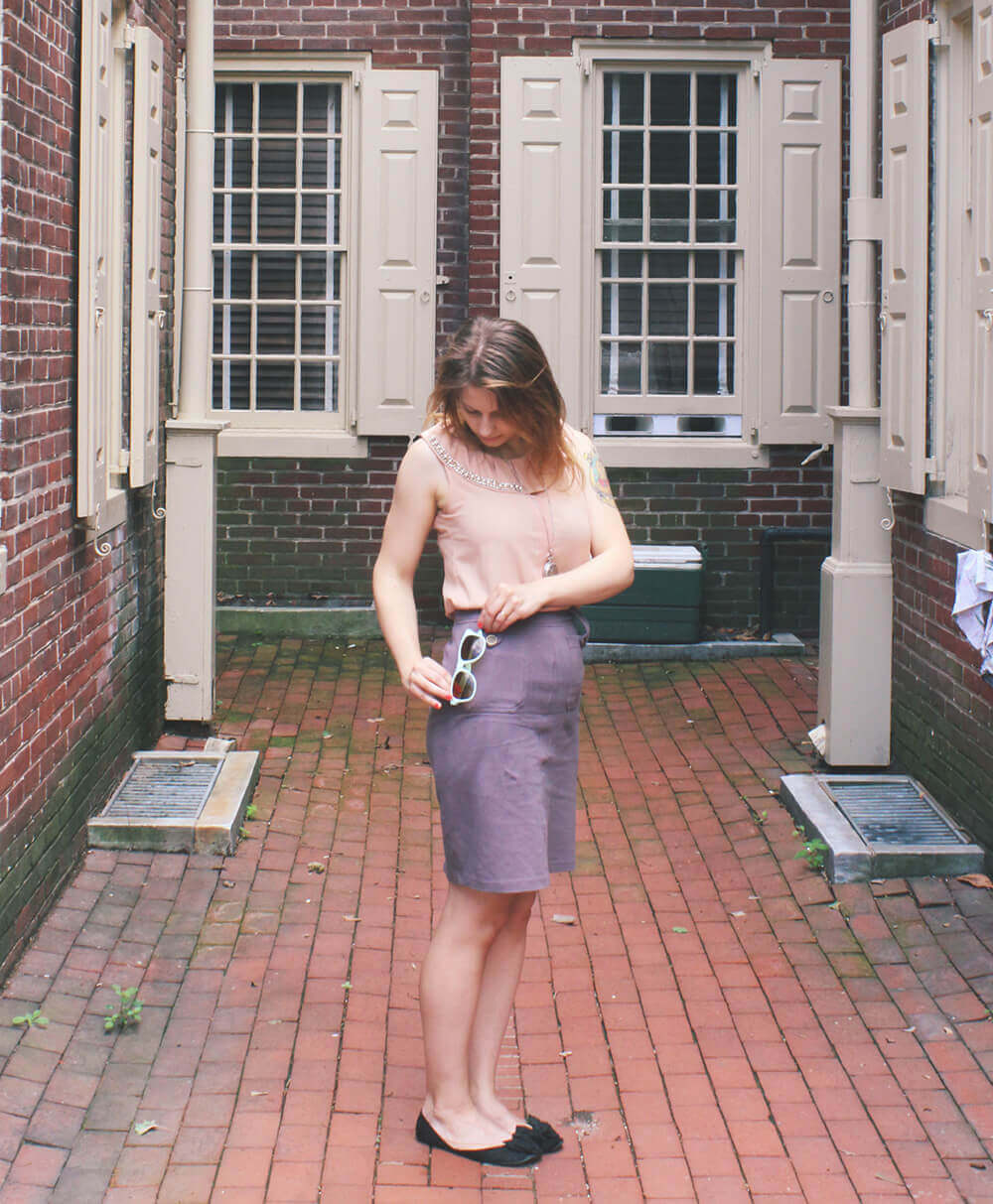 I’ve been into Philadelphia a lot this week. Monday I was antsy and had to get out of the house and went to P.S. & Co to read. Then on Thursday my friend Justine (check out her new youtube vlogs) came to visit from Portland so we went into Philadelphia for the day. She is thinking about moving to Queens or Philadelphia, so I gave her lots of reasons to move closer to me. We ate pizza, got great coffee, and went to Spruce Street Harbor Park where we drank beer and talked with our old school mate.

When the weekend rolled in, my husband was getting antsy in the apartment too, so we thought we could go to Spruce Street Harbor Park too for beer and seeing the tall ships that were there that week. Boy that was a huge bust. There were so many people. We aren’t the type to like crowds. I rather go to beaches during off seasons because the crowds are too much. I remember loving the water parks in Florida during February because it was “too cold” for the locals. So after about 10 minutes we decided to get the fudge out of there.

We still had fun, we enjoyed walking around town enough. We even got to cross the rainbow crosswalks in the Gayborhood. And we are really excited later this month when the oval opens their pop-up park. It was never as crowded as Spruce Street Harbor Park, and I liked how close it is to the Art Museum. So we will definitely plan a day where we see some art and get some beer outside.

What have you guys been enjoying this summer? Any good beers or beer gardens I should be checking out?