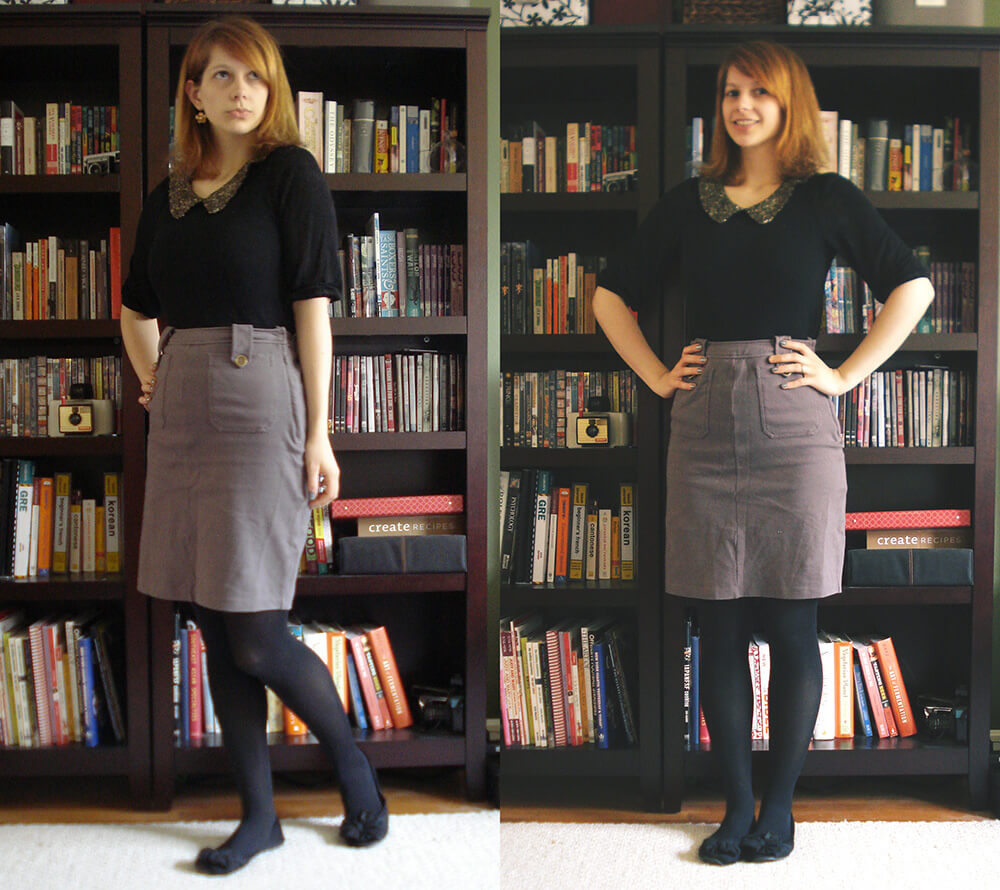 I think my blog should be called “The girl who shops at Modcloth” because it is scary how much stuff I get there. Sometimes I make delusional memories of buying my clothing from Ruche, but I seriously only made one order from there. Eek. Truth is that I like the shoppers that Modcloth has, they have great quality for whatever price range.

This outfit was for Easter dinner. I wanted something that was comfy since my husband and I were driving all the way to Long Island to visit my Grandma. To put in perspective how annoying this is, you have to know New Jersey and New York culture. Long Island is next to Manhattan (what people think of when they say New York City), and is easy to see on a map of New York state. The island is where Brooklyn and Queens are located, but if you hear someone from New York or New Jersey refer to Long Island, they mean everything east of New York City on the island. Part of the distancing of New York City and the Long Island name is probably because Long Island is so freakin long. I mean it is the same length as Connecticut state. That means it takes a long time to and from the island. Commuting to New York City from Long Island could take just as long as some of the suburbs in New Jersey. And it is one of most densely populated islands in the world, making everything congested. Probably half the time I spent in the car was just trying to get through the island. Luckily she lives in Amityville, which is less than halfway in the island. And yes, it is the town in The Amityville Horror. 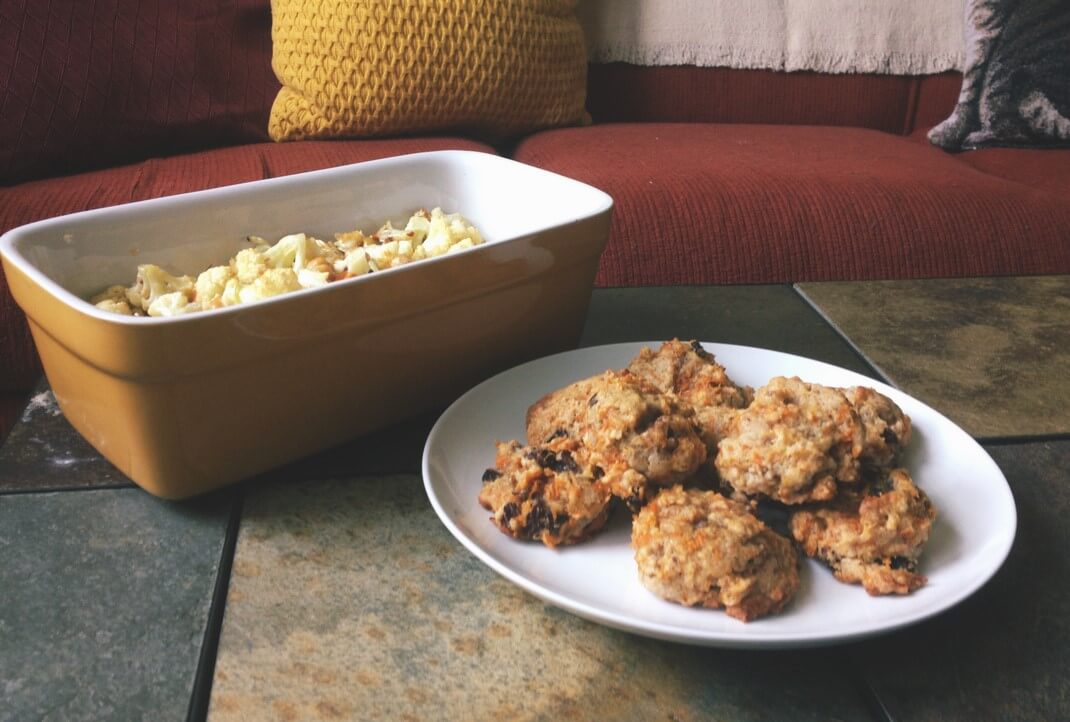 But if Long Island cultural perspective is boring to you, maybe cookies and cauliflower won’t be. I had a feeling no one would of made me a vegetarian dish, so made I made a side dish of roasted cauliflower, chickpeas, and olives. I remember making this recipe in the past so I figured I would give it a go. I also knew I should make these yummy carrot cake cookies. 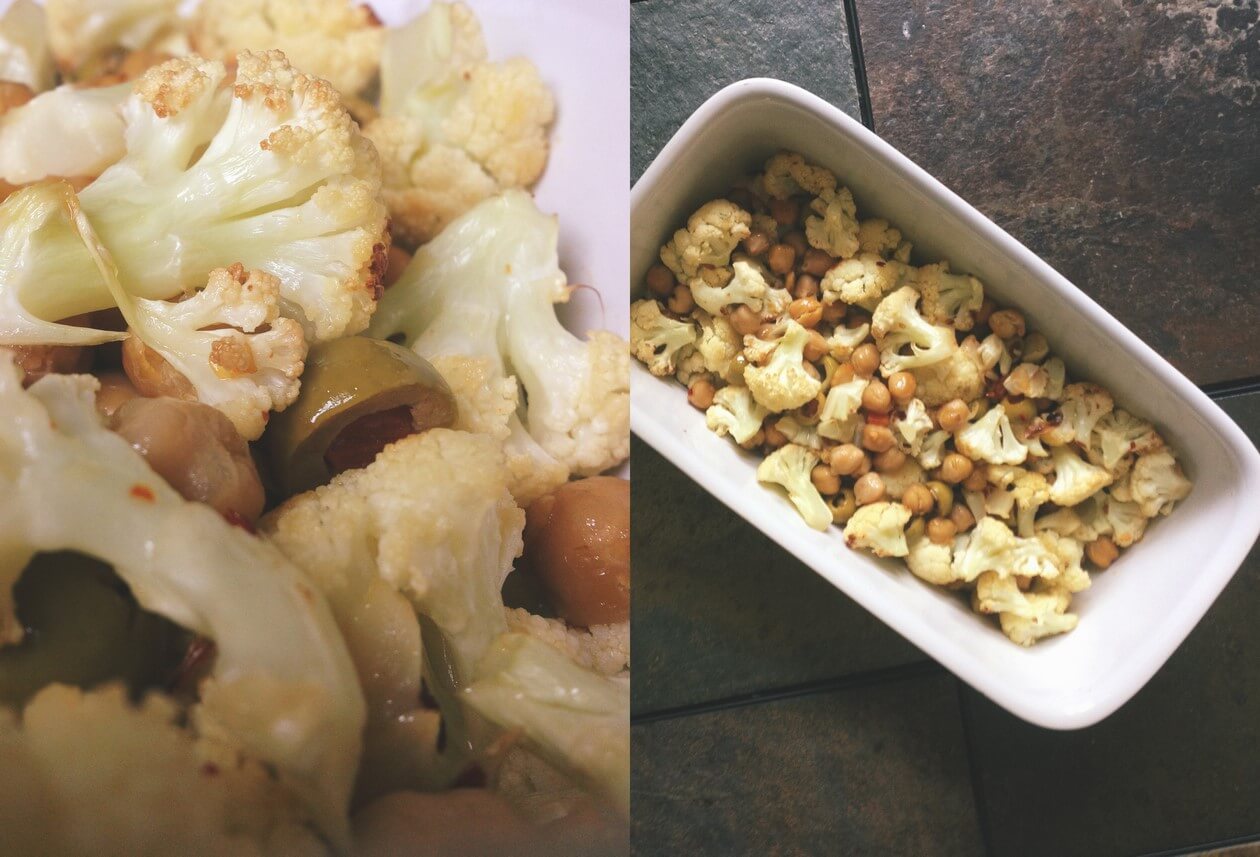 I made this Cooking Light recipe awhile ago. I remembered it being one of the few times I like cauliflower without drenching it in curry. Something about roasting cauliflower brings out a whole new flavor profile. The olive haters actually liked the dish, including my husband. The olives give a nice pungent burst of flavor, but didn’t scream “olive.”

I can say, even though everyone seemed to like the dish, this is not a good one for a long trip. The olive are very fragrant, and Jon and I had to sit in a car for two and a half hours with them. If you are entertaining at home, or have a short drive to a party these are golden. And you are bound to convert a few people to the cauliflower side. 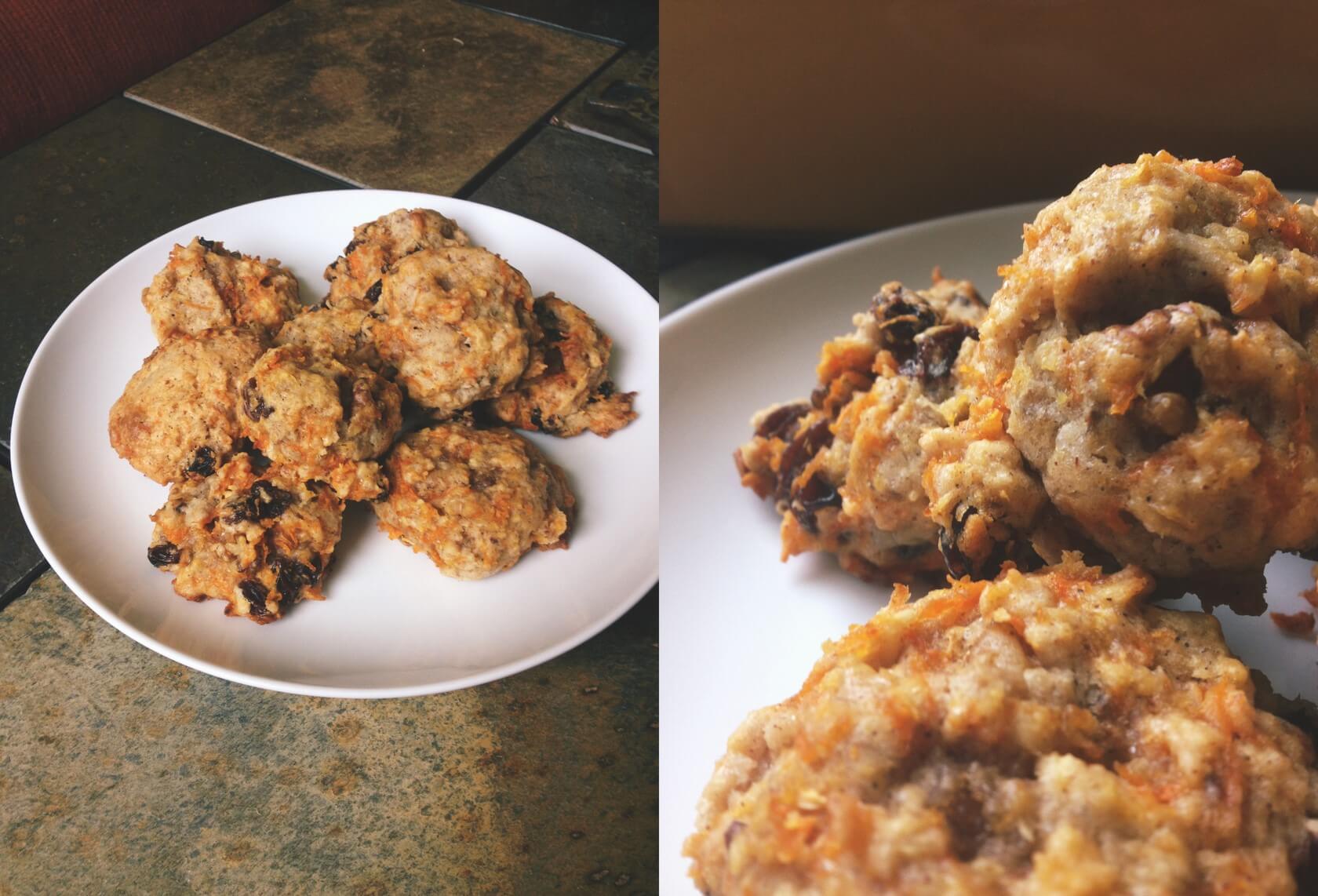 These cookies were liked by all. I even had my nieces eat a few. Which surprised me since little kids tend not to like cookies with raisins or nuts. Even more impressive since I had a cake decorated with peeps to compete with. Okay, peeps and cake were still eaten by the kids, but it is still exciting when you find out you tricked kids into eating more veggies.

This isn’t the first time I made these cookies. I made them for my father-in-law’s birthday dessert. The consistency of the cookies have varied a lot between the two times making them. I think this is because of the coconut. If you remove it, you will get a much flatter cookie which might be more up your alley. 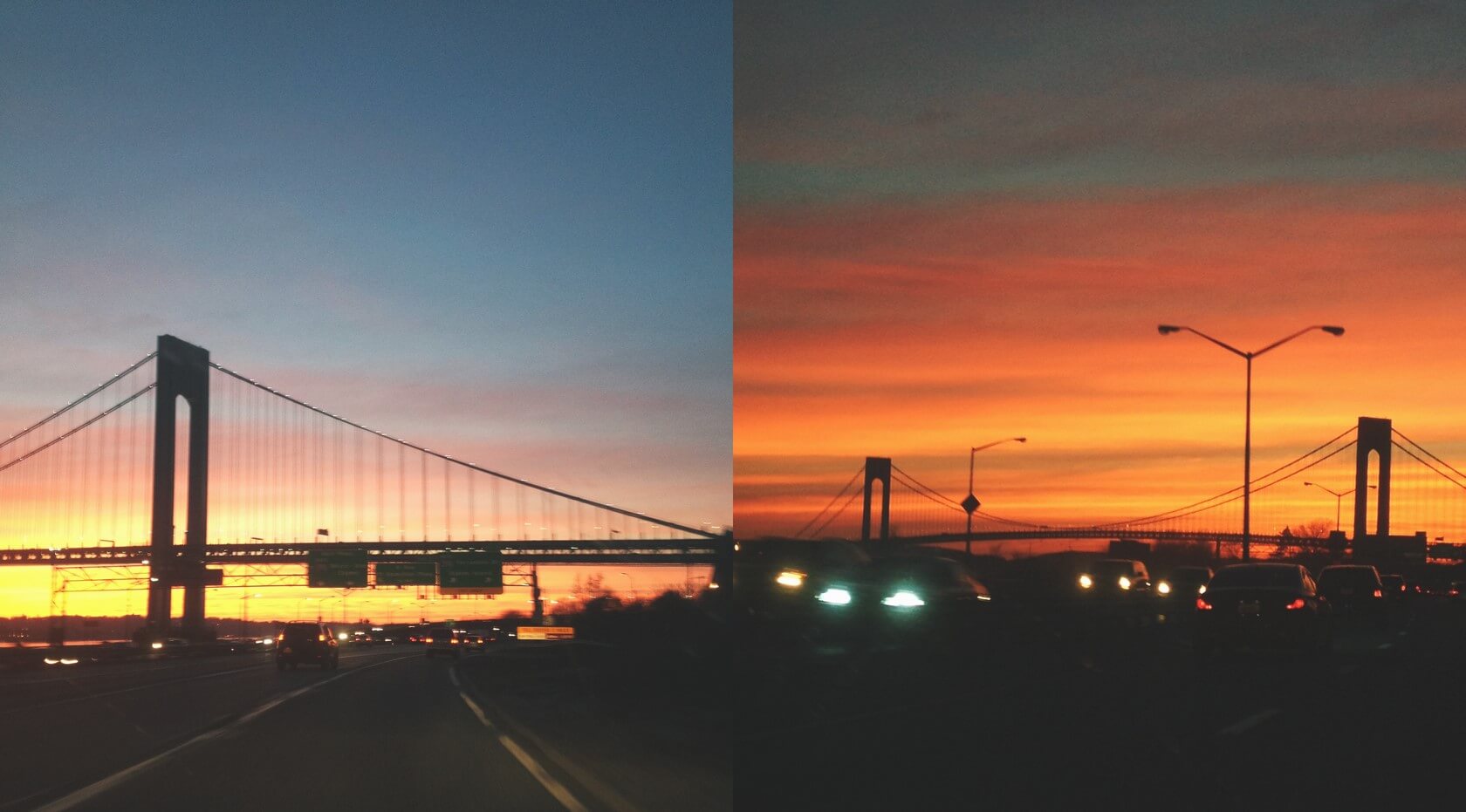 We spent the whole day at my Grandmother’s catching up with family, hiding and finding easter eggs, and solving puzzles from a kids coloring book. On the drive home, the sun was setting as we drove off Long Island. The skyline across the Verrazano Bridge was beautiful. I was just a little bummed I couldn’t stop the car and take a photo. You do what you can with an IPhone camera I suppose.