This Month In Jen: September 17 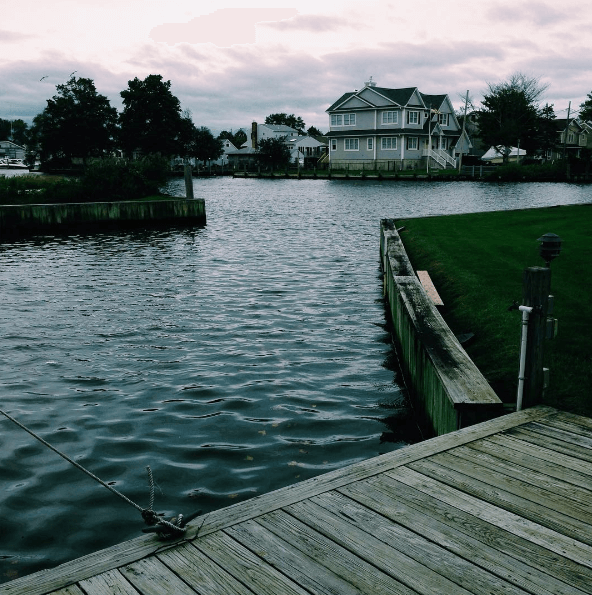 Went to visit my Grandmother in Amityville Long Island. I walked in her retirement community and it has some pretty views.

I tried so hard to post this in September so it wouldn’t get in the way of Vegan MOFO, but man I am busy. On October 1st I helped Alexa move into her new apartment (yey!) Earlier I went to a concert (yey!) and this week I have to go to my parents to help my Mom after knee surgery. So… yeah. Sorry about the break from food but you know how things get.

Reading: I really wanted to read The Whole-Brain Child since I heard about it. I put it off for awhile because- you know- I didn’t have a kid. So I guess there was a pitfall of it being over hyped. The book isn’t bad, but it isn’t anything drastically new information. Overall it is nice to hear the suggested ways to handle situations, but there is a lot of fluff page fillers.

Watching: TV shows are coming back again! Horray! So we are starting to watch the new seasons of This Is Us, Goldbergs, and Speechless. The Goldbergs are starting to loose some steam, I am just not finding it as funny more, but most comedies do that after 3-4 seasons anymore.

Jon and I watched the first season of The Magicians on Netflix. It is a really good series, but like all SyFy originals, it is really tacky in the beginning. The first episode should of been stretched into two (honestly) but after episode 4 I think you get sucked into the overall story arch. I also love how after many episodes they give help hotline numbers. 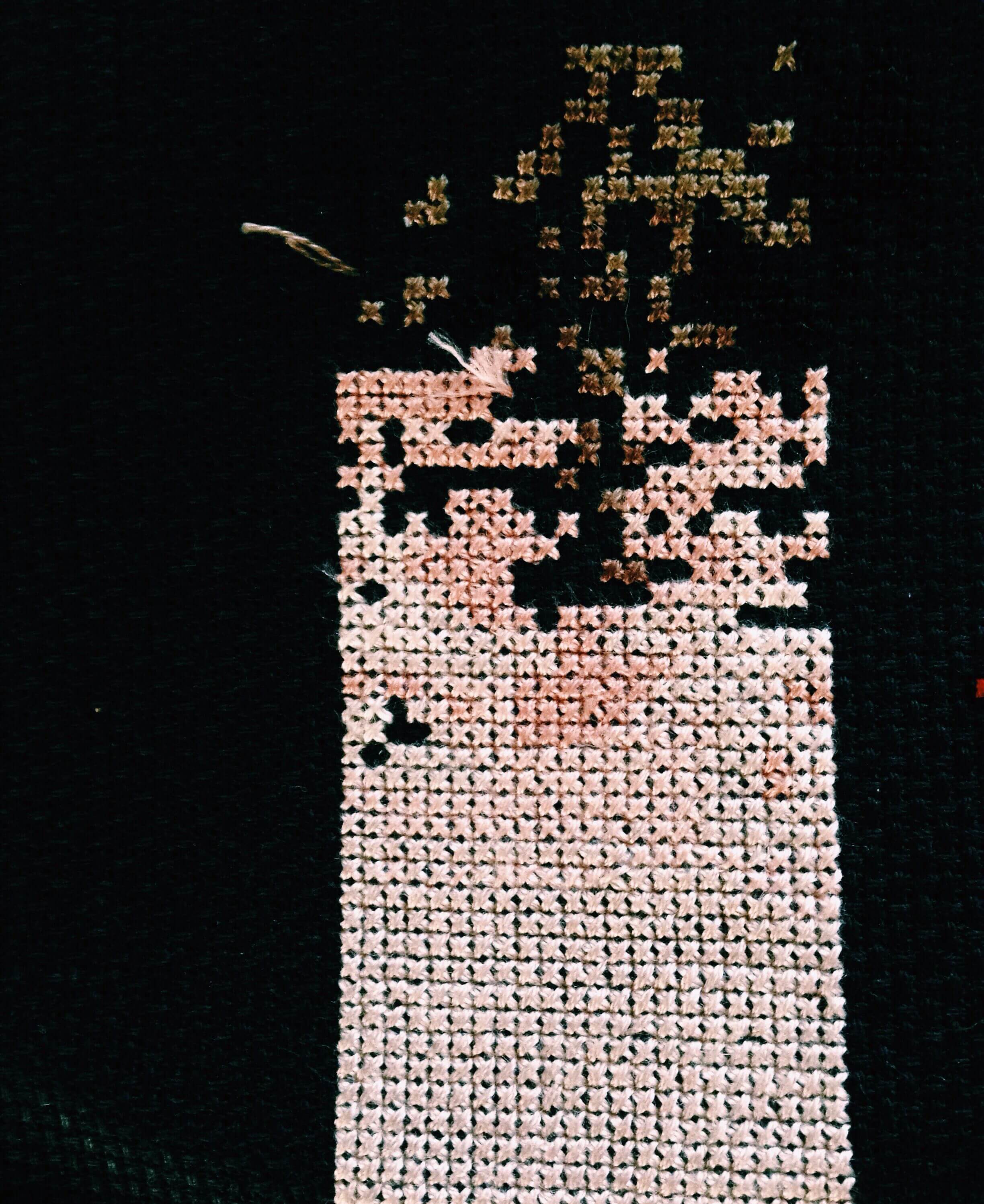 Can’t you see those abs forming?

Crafting: Our shop is looking a little sad. Alexa (as mentioned) moved so she hasn’t been able to work on our logo, and my Mother (as mentioned) had knee surgery. But leading up to the surgery, her legs were so bad that she couldn’t even use the sewing peddle. Yikes! But you can see the AWESOME QUILT we made. Also if you want, you can favorite our shop and items. No pressure though. ^__~

Otherwise I’ve been picking up my Gwar needle point again. I started it over and over again because I kept miss counting. Finally I started from the bottom of the “T” and got a rhythm going. I think I finally got the hang of it. Whoo! 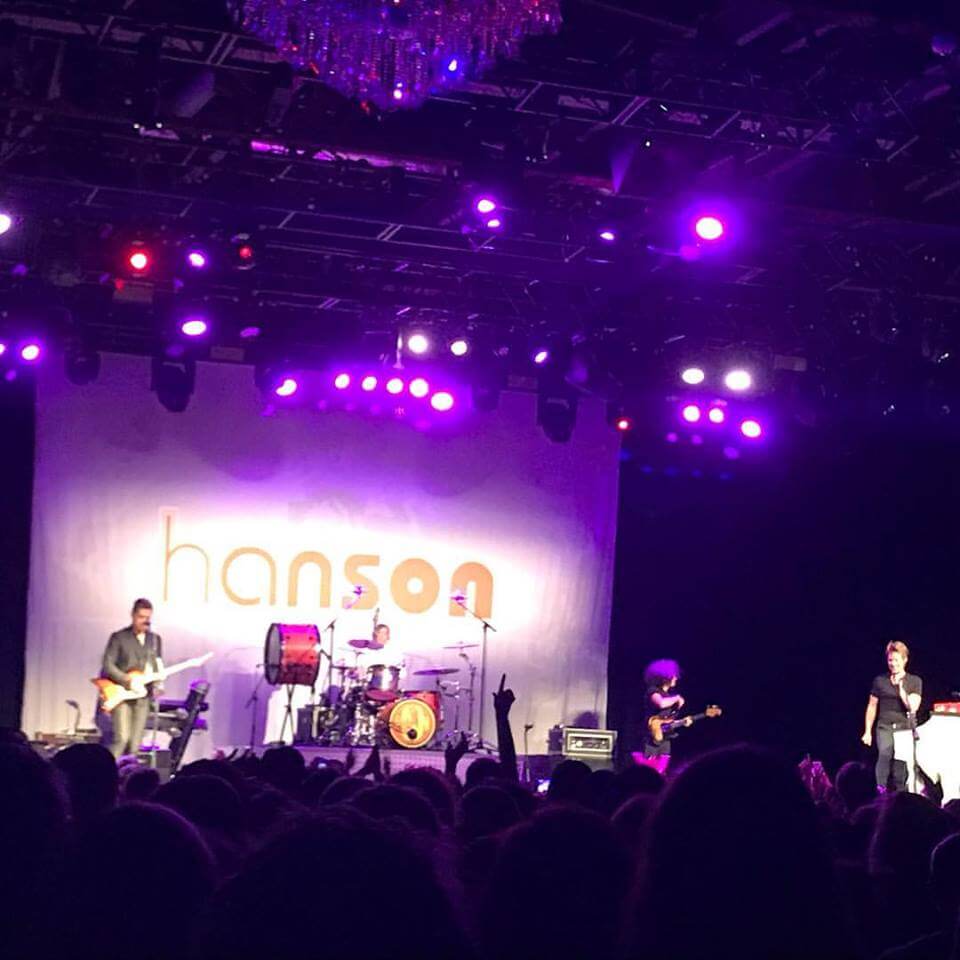 Photo taken by my friend Justine- I mean look at those boys. So well dressed. I betcha their Mom is back stage to pinch their cheeks and say how proud she is of them… I mean I would.

Listening: I picked up two albums from my library- Stars’ The Five Ghosts and Regina Spektor’s Remember Us To Life. As always Regina Spektor is awesome, and gives something that is refreshing from the all too similar modern pop music (no hate on specifically modern pop music, but it is all too calculated and running out of new melodies that fit the formula) But The Five Ghosts was surprisingly good! It was not what I was expecting from the album cover, I was expecting something much more melancholy. But it is catchy and upbeat.

I also recently went to a Hanson concert. Yup, you read that right. I am not a HUGE Hanson fan. The were my first concert when I was little. My Aunt and Uncle got us tickets, and I remember sitting the whole time, and my Aunt telling us that we could stand (like all the other screaming girls) But I remember sitting in a spot where you had a really good view of the stage, so I didn’t get why I would need to stand, and I felt awkward in front of family lol. ANYWAYS- I think Hanson is a really fun band to see live. They played on time (WHAAAAT?!) and it was super upbeat and family friendly. In fact I think I saw a total of 10 kids- 10 more than I’ve ever seen at a concert. The only downside is that I got the feeling that 99% of the fans were people who never stopped listening to Hanson as a kid. So they were much more intense that I was. Hands down the best part of the show as Taylor! Duh! I mean he had a cute butt and TRI-and-BI-CEPS that could crush a watermelon.

Podcast: Gastropod I love you. You are the BEST podcast on food. Sadly, not vegan, but they always have great historical context, sound editing, and scientific backing. Their more recent episode on Marshmallow Fluff really inspired me to do more with it. Maybe pick up some Ricemallow or try making my own with some aquafaba.

Another case of me loving how diverse my state/area is. Hasidic Judaism was something I was always familiar with as a child. Sometimes we would see families walking to and from church. Sometimes we knew when traffic would be bad on certain holidays, etc. So it was interesting to hear The Longest Shortest Time’s recent episode about Shpitzle’s Secret. The episode is about a woman who grew up in a hasidic community, and how she fought her way out for her son. 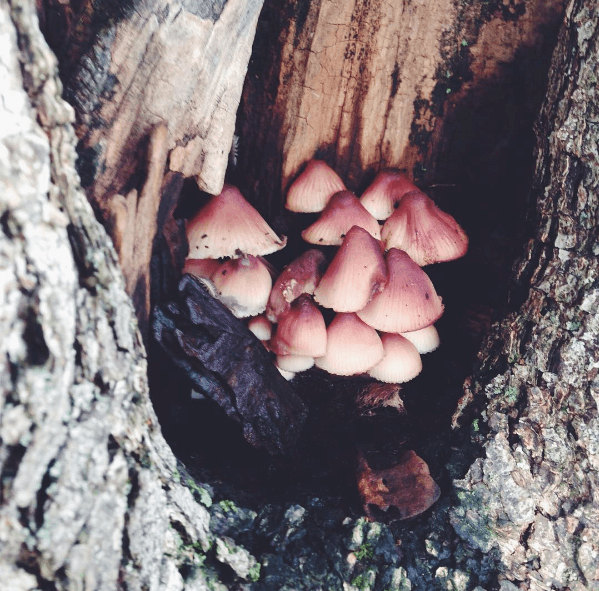 some cute lil mushrooms growing in a tree

Garden: I dug up my one bush and finally put it towards the front of the house. But that is about it. My Mother in Law bought us some mums, and I placed them next next to our tombstone Halloween decor. Maybe I’ll get some tulip bulbs from my Mom to plant this fall for next year. *crosses fingers* maybe they’ll bloom?

CSA: Thinks have gone by so fast lately. My Mom hasn’t been able to watch Wolfie because of her knee, so I started to work Saturdays, which means I haven’t really been to my CSA to get the produce. But we are moving out of summer and into the fall foods. So I’ve been getting my last bits of tomatillos, tomatoes, eggplants, peppers, and raspberries. And we are getting more sweet potatoes, blue skinned potatoes, butternut squash, pumpkin, garlic (cured aka dried), kale, collard greens, broccoli, cauliflower, and onions again. It is nice to get more shelf stable good, and not have to panic to use all the produce by the end of the week. XD 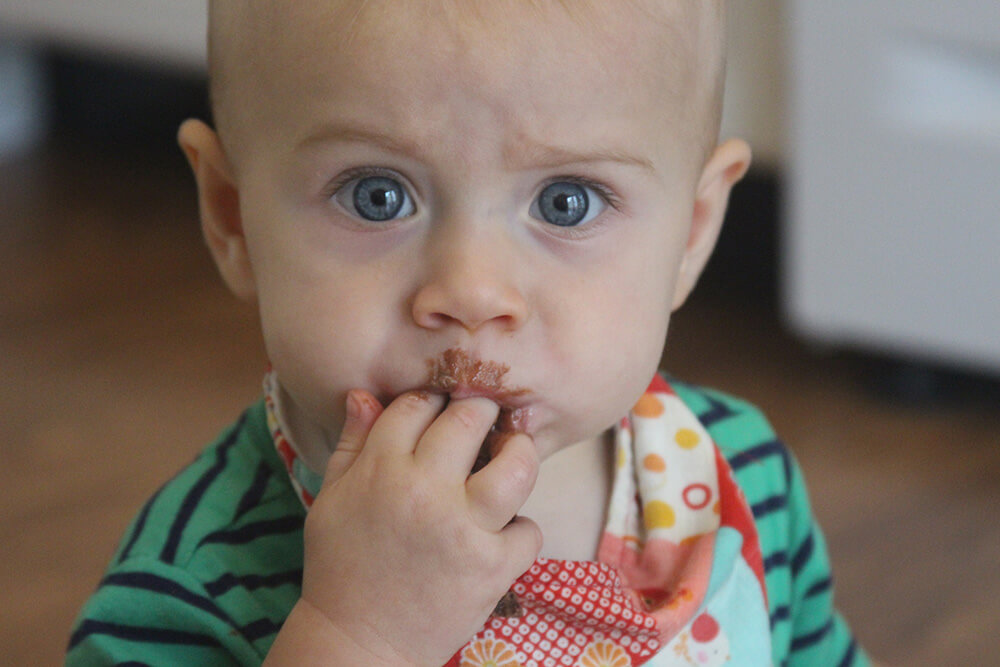 Other Shares: I found this article about the nutritional content of plants very interesting. A quick TL:DR; is that the rising temperatures and CO2 levels are making plants produce less nutrients and protein, and more sugars. Naturally this isn’t an attack on veganism, because we don’t know what it means for meat and dairy (they have to eat the same plants as we do- duh) Just another thing to worry about with global warming (or to counter arguments saying that high CO2 is good for plants.)

Posted by Jennifer in This Month In, Vegan Mofo, Vegan Mofo 2017 Tags: gastropod, hanson, home garden, speechless, stars, the goldbergs, the longest shortest time, the magicians, the whole brain child, this is us, this month in, this month in jen, Vegan MOFO, vegan mofo 2017