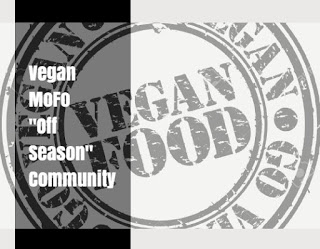 So I am trying something new- doing a Vegan MOFO offseason that was set up with Jennifer from My Blissful Journey. I think sometimes it is good to have set prompts, because sometimes it helps focus all your thoughts. Which the first sort of “assignment” is Pick 3. There are a few prompts, one which is the pick products that you WISH there there was vegan equivalent to. Which kind-of ended up being things that I wanted but found out there are SOME vegan versions. Weird right? I mean what I wish would exist are actually very weird to begin with. If someone would ask me what I miss on a vegan diet, it would sound disgusting, chicken stock, oysters stouts, and raw eggs. So it sometimes seems weird that that people actually have made vegan versions. 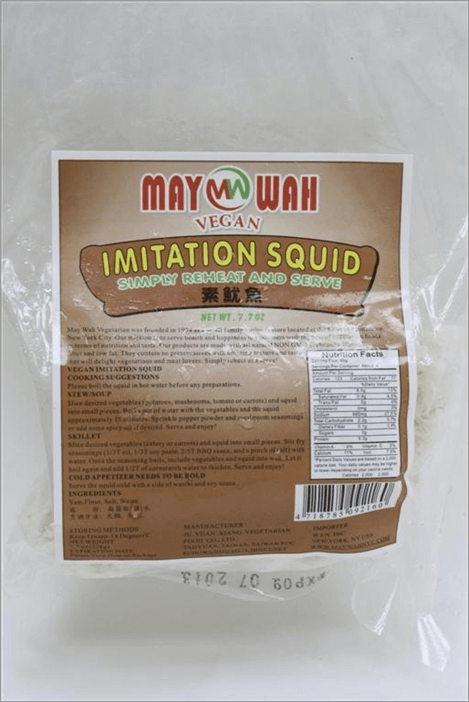 Yeah, call me weird, but I really love squid. It was always the food I got when eating out because my husband didn’t like it. I even loved the fermented stuff, and I would just eat a small amount on the side of my rice. There was just something about that rubbery texture. I always thought it would be something that would never get a vegan equivalent since not many people like squid, it is considered a cheap seafood. But I shouldn’t of doubted the Asian vegan community. I googled “vegan squid” and found May Wah’s Vegetarian Market. They pretty much have any faux meat you can think of, including squid. There is a market in Philadelphia that sells their products, so I will probably make a trip this Monday to see if I can get some.

Okay so these exist, I just need to try it. I love egg yolks, and I know most people find that gross. I love cracking a yolk in a big bibimbap, or having it whisked into a drink. YES- I like to drink raw egg yolks in cocktails and phosphates. I know there are a few vegan yolk recipes out there, but I am interested in trying out specifically The Vegg’s, since it is a formula made specifically to taste like egg yolk. It looks like they only sell this stuff in NYC, so I might ask or nudge my sister to pick up some for me for Christmas. 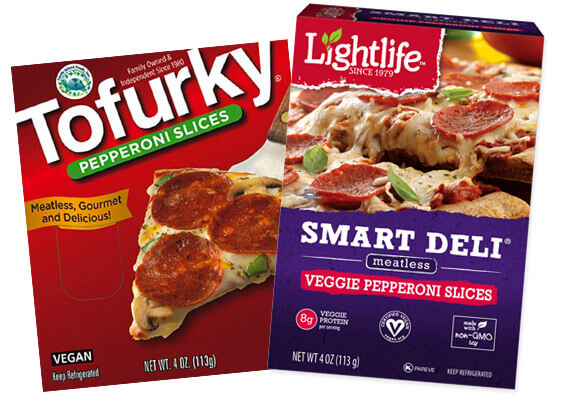 I know you are thinking, but Jen, there ARE vegan pepperoni out there! And you’d be right. But I haven’t found one that I found to be accurate. But then again I haven’t tried much. I’ve had Yves Meatless Pepperoni, and it tastes, well like salami to me. Not enough salt, umami, and not even greasy. Maybe that’s the problem? Everyone is afraid to make it truthful and oily. Of coarse, I could try making my own, but there are two other major brands I can try- Tofurky and Smart Deli. I have some high hopes for these guys, so I guess I should just bite the bullet and buy them.

Yup, so that is my kind-of gross list of things I wish were vegan and found out that there are recipes for! XD What about you guys, are you excited about these things? Or am I just a little crazy?