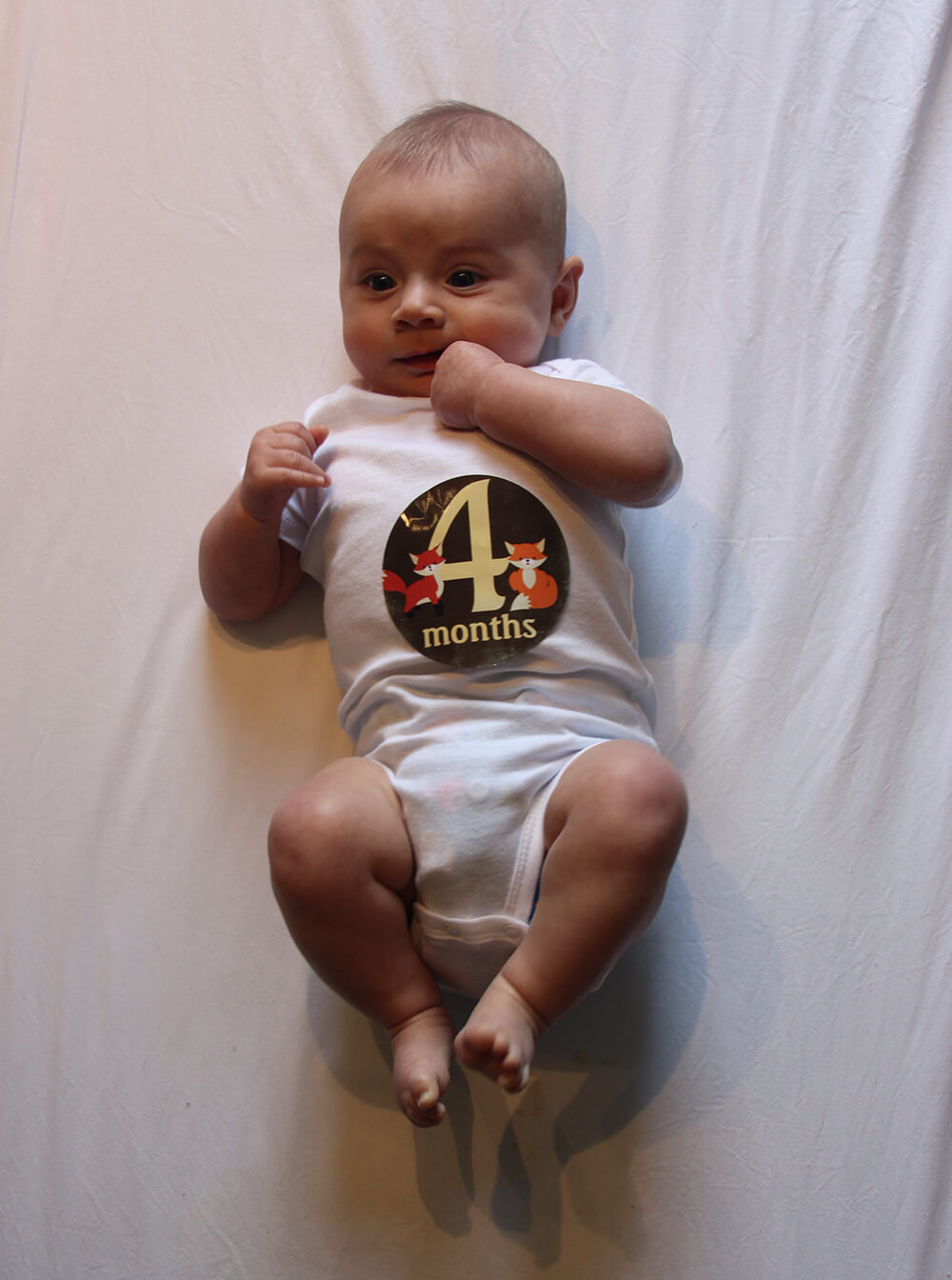 Ways Wolfies is Really A Wolfie

Oh boy. Things are moving fast. Wolfi is starting to be a little more FUN. Less dangling of toys and more efforts from his part. He was trying really hard to grab things and put them in his mouth, but his eye hand coordination wasn’t the greatest. But my sister suggested I buy a play mat at a second hand consignment shop. Luckily I found this cute space themed one, and after setting it up, almost immediately Wolfie started to reach for the dangling toys.

Most of his time is spent trying to shove things in his mouth. Yup, we are in the early stages of teething. There are rings of spit around his neck, and his gums were red and sore. He didn’t want to eat and could barely sleep. It was sooo awful. One night I didn’t sleep longer than 2 hours at a time. The pressure on his teeth has curbed a little, but we still don’t see any teeth yet. 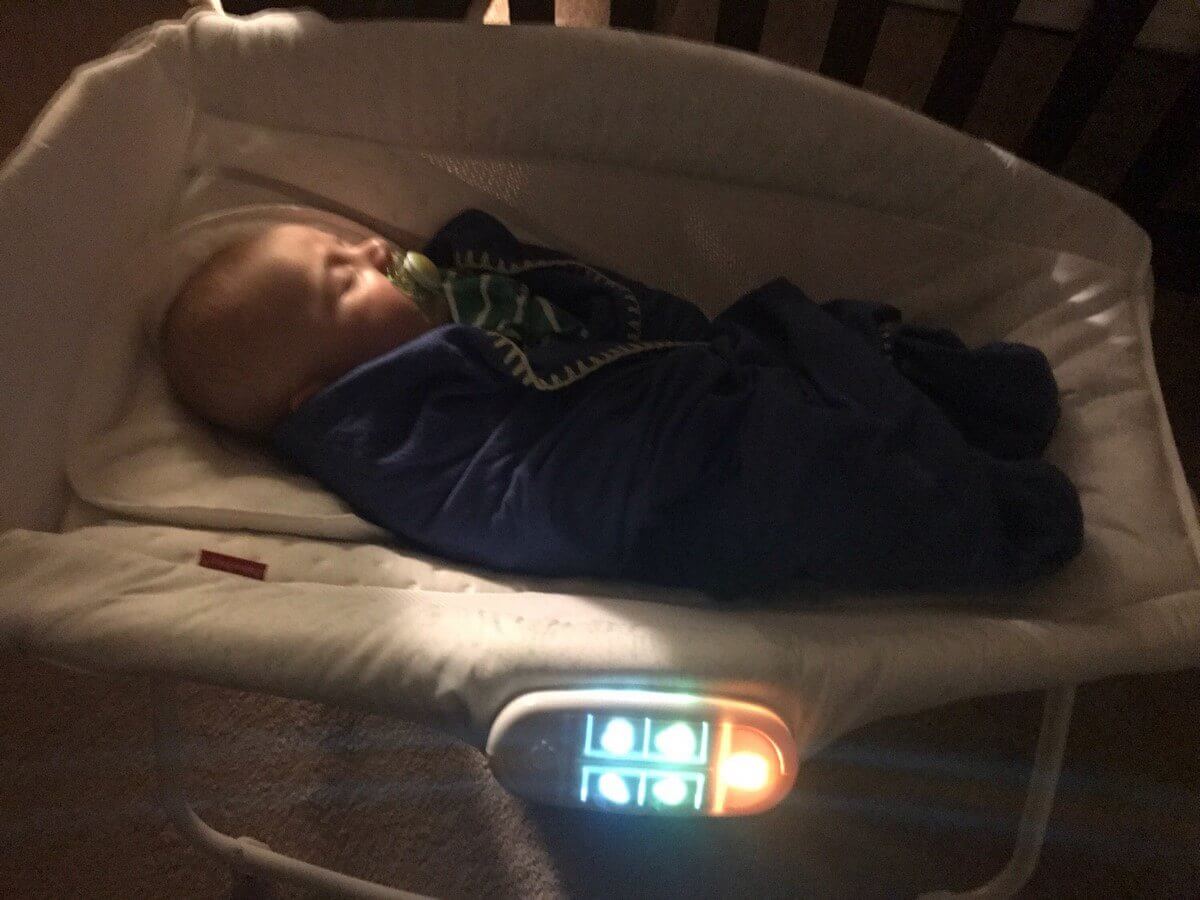 Aunt Justine watched Gavin one night so Jon and I could have a “date night.” He slept like a lil angel for her.

Even though he was having a hard time sleeping, he is now sleeps for most of the night. We are ranging from seven hours all the way to eleven and half hours! Whoo! Mama’s getting almost eight hours of a sleep consistently. Hell, one night I got NINE hours of sleep. It was glorious. Even his daytime naps have been better as well. Most of the time little Wolfie is sleeping 30 minutes, but one week he consistently slept 30 minutes then a longer nap later. Do we have days where he gets no sleep? You bet. 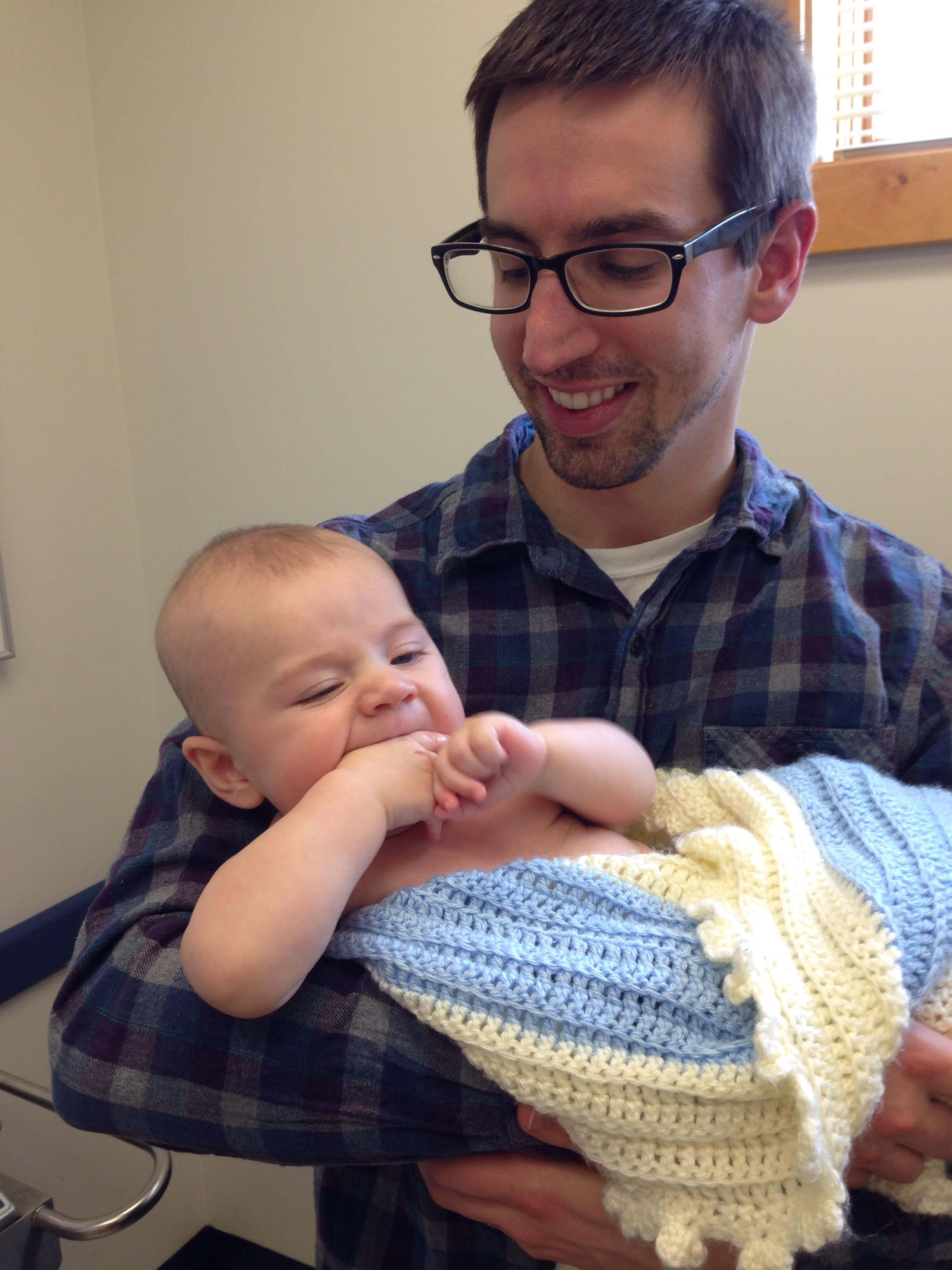 Some good news for my buff new mom arms- Wolfie weighted 15lbs, 10oz, putting him in the 50th percentile. Which means his growth is overall slowing down! Horray! He was starting to get a little hard to manage, but if he growing slower I am sure it will be easier over time.

This month has been both exciting and uneventful all at the same time. Although Wolfie is growing and learning, it is hard to pin-point his skills outside of “better.” He can grab things more tactfully, he can babbles more frequently, etc. But I do have one very interesting story. 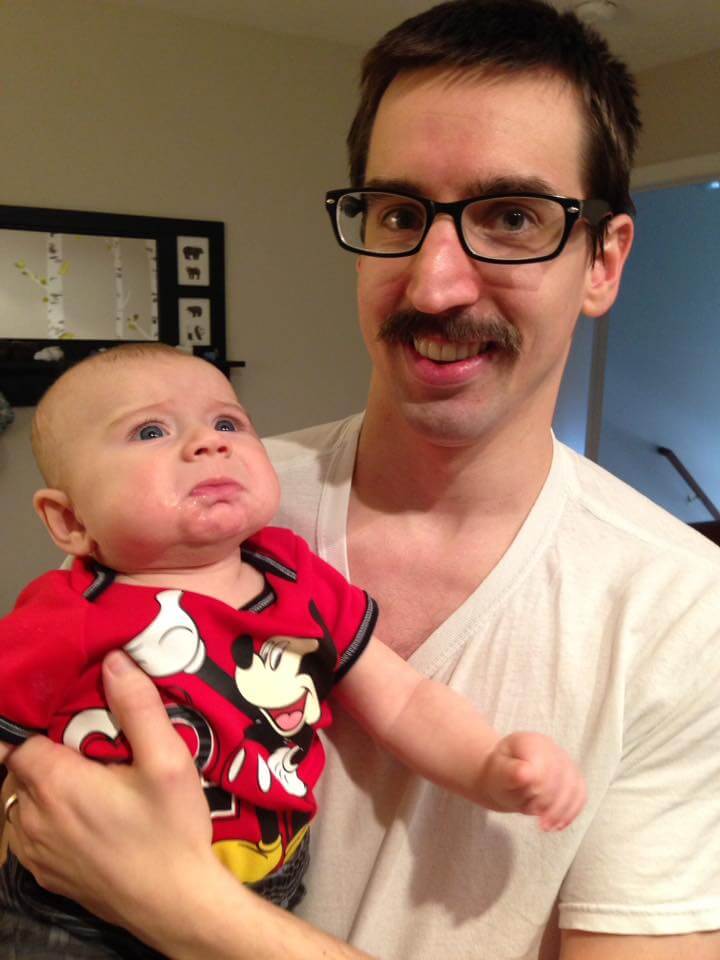 See my husband almost always had a little help from me in the mornings. So when Wolfie was first born he had to do everything himself so I could feed him or sleep. He got the hang of it all but still couldn’t make the time for shaving. So he just grew a beard. No biggie. It was winter and it was cold. Now he thought that spring is coming and we have a better handle on things- it was time to shave.

In the middle of his shave job I had to do something (use the bathroom? eat? I don’t know anymore) so I asked if he could hold the lil Wolf for a second. Next thing I know he comes out of the bathroom with a 70’s stache. Holy cow did Wolfie hate it! He gave his Daddy a look and burst into tears. Clearly were were evil parents and torchered him long enough to capture the moment. Don’t worry, Jon shaved the rest of the hair and Wolfie recognized his Daddy again.