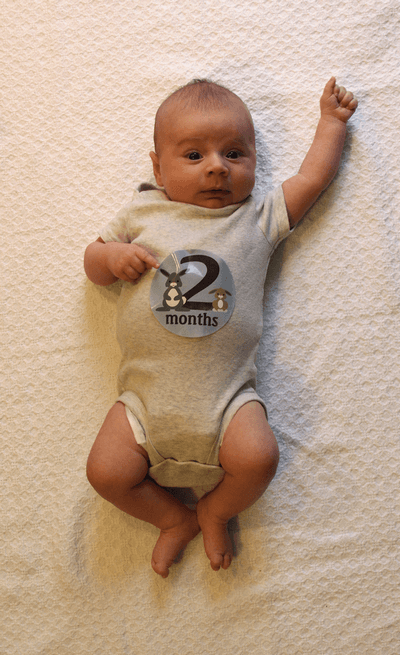 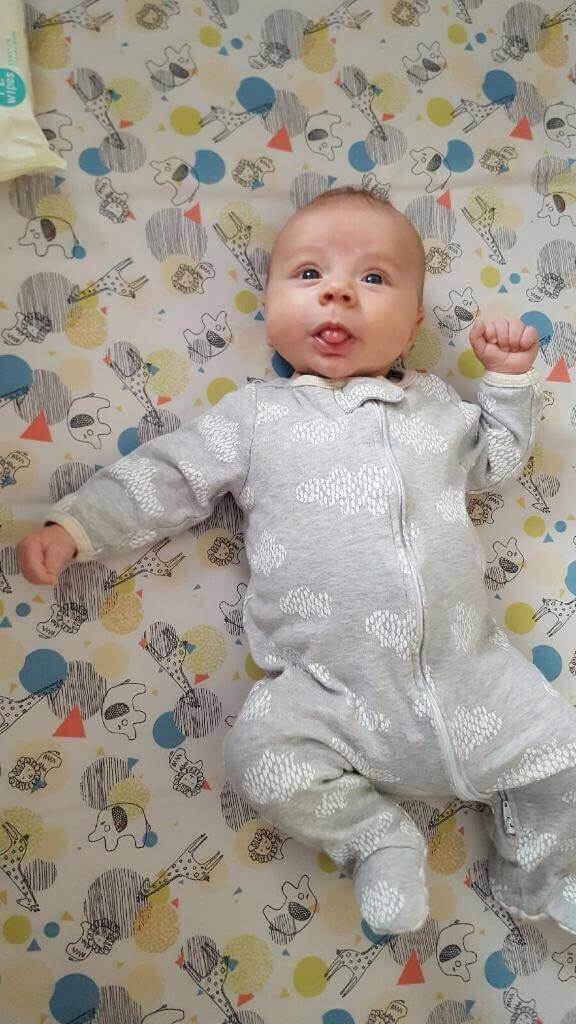 Oh man. This month has been crazy. I mean something have gotten better, and some have gotten worse. Or rather certain aspects of life has put off to the side. Mostly the blog and my computer using. Wolfie does not like to take naps during the day. I walk and rock him for 30 minutes, and he then sleeps for 30 minutes. Which gives me just enough time to take a shower, pump milk, or eat. I was keeping up with reading blogs because of my tablet but that kind-of went out the window when Wolfie got too big to feed him and see the tablet at the same time. Because of this, my sister is lending me her old laptop. It now gives me time to read blogs, write posts, etc, while pumping or eating.

It also helps that I am now seeing a therapist for postpartrum depression. I am also taking some medication, which I think helps. Luckily I read lots of blogs that helped me cope with depression- taking time to myself, trying to eat healthfully, try and get enough sleep etc. All which can be hard to do with a baby. 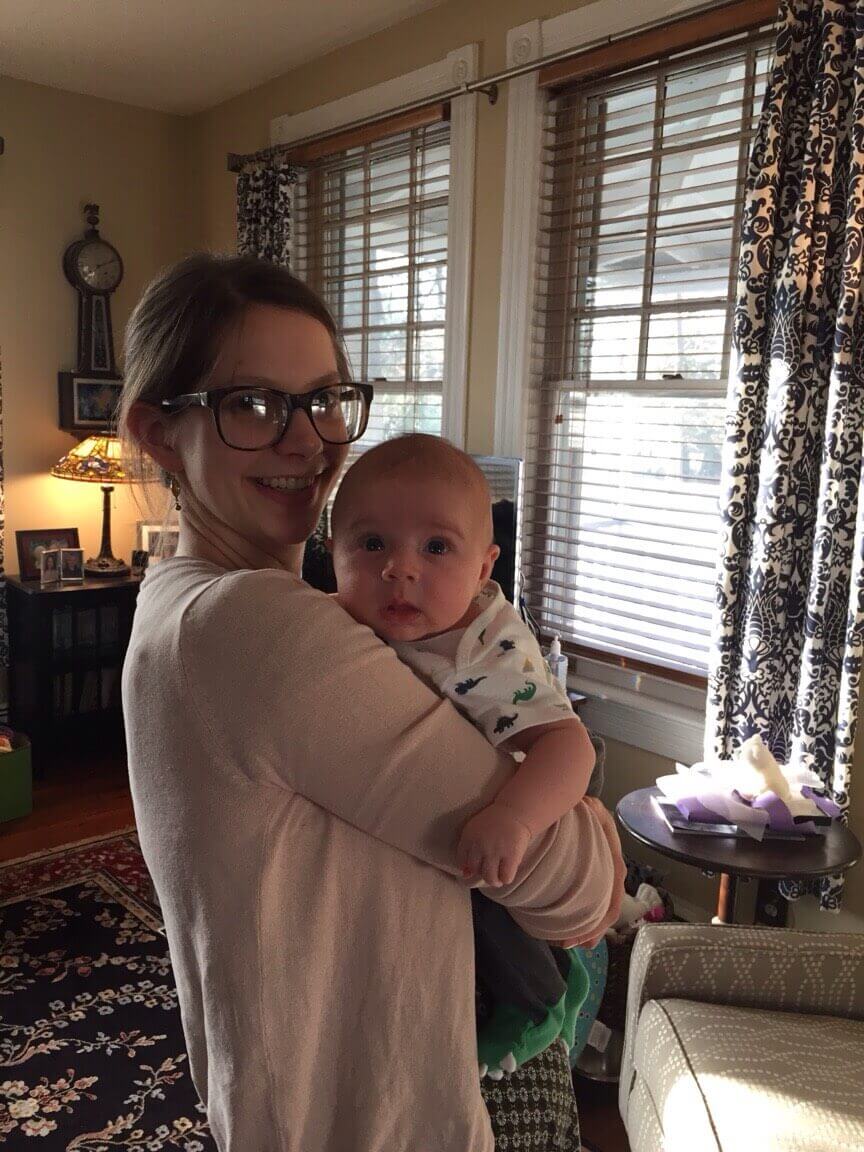 This kid makes me look so tiny. His head the same size as mine!

So remember how I mentioned how I have a huge nugget baby? Well he got even more massive. When I took him to his one month doctor visit (which happened after writing my post) he went from 8lb 9oz to 11lb 13oz! He was in the 80th percentile, meaning he is bigger than 80% of babies. He is now wearing clothes in the 3 to 6 month sizing, and some of his clothes are getting tight with the cloth diapers, which is a sign he will be too big for them soon. UGH! Just a few days ago we went to his 2 month doctor’s visit and he weigh much less than what we expected. He moved down to the 73rd percentile at 13lb 11.6oz (or 6.225kg) Funny thing is that I was thinking he head was starting to get big… not so much. His head measurements were in the 40th percentile. He has my tiny little noggin.

Wolfie is now giving smiles! This TOTALLY helps. Nothing sucks more than getting only negative feedback. I was patiently waiting for the smile appear. Would it be from tickling him? Cuddling? Feeding? Clearly he was going to smile at ME, right? WRONG! His first smile was at a picture frame. No, the side of a picture frame. My Mom made a needlepoint of Mrs. Tiggiewinkle and I hung it above his changing table. One day he let out the biggest smile at it. I thought I might of been going crazy, but he kept on doing it over an over again. I started to feel a little sad, but he now smiles and squeals for me. He hasn’t smiled at the frame in a few weeks. Take that picture! I’m the new favorite.

I also look at the tummy time photo from last month and can’t help me be amazed. That was impressive to me. Now he is a pro at holding his head up. He actually can even roll over (like a dog!) from his tummy to his back. He actually has done this last month but it was an accident. Then one day he did a very controlled roll. So I thought, so way, and put him back on his tummy, and he did it again. I still was skeptical that it was accidental, until later that day I put him on his tummy and he started to whine and wimper. Then he rolled on his back and gave a sigh. But he isn’t very good at this. 90% of the time he tries to roll over and doesn’t get it. So he tries harder and starts pushing on both hands, making thing worse until he melts down and his head falls to the floor. I eventually feel bad and roll him to his back. He’ll get better, I know. 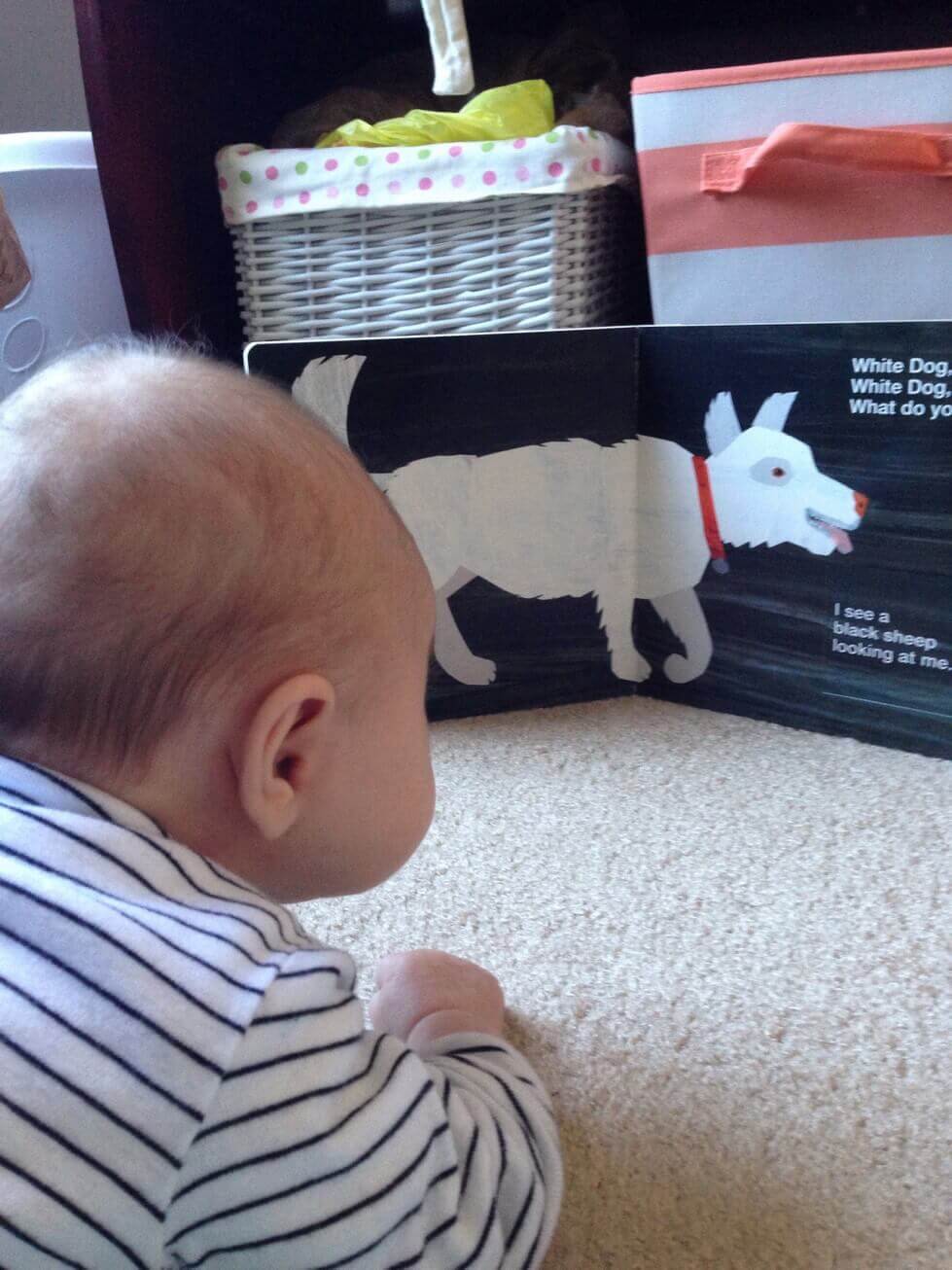 I’m still getting use to a baby boy. I always have taken care of my nieces, so I am use to that. Not so much little boys, which has meant that pee has gotten all over the place. I’ve had to clean the carpet way too much. And he even has peed on the curtains. That was talent. I think all the pee is getting Toulouse’s attention, and I’ve even caught her smelling some of the pee spots.

Perhaps all the pee is helping Toulouse get use to Gavin. He is hiding a lot less, and is even stays around when Wolfie is making some noise. She is even snuggling with us more again. When I head to bed and Jon stays up, she will come over and stay in his lap. She has even come over and slept on the bed again. He doing some sniffing of Wolfie. Sometimes he sniffs him. Mostly in the car seat, but I got him to sniff his head once. 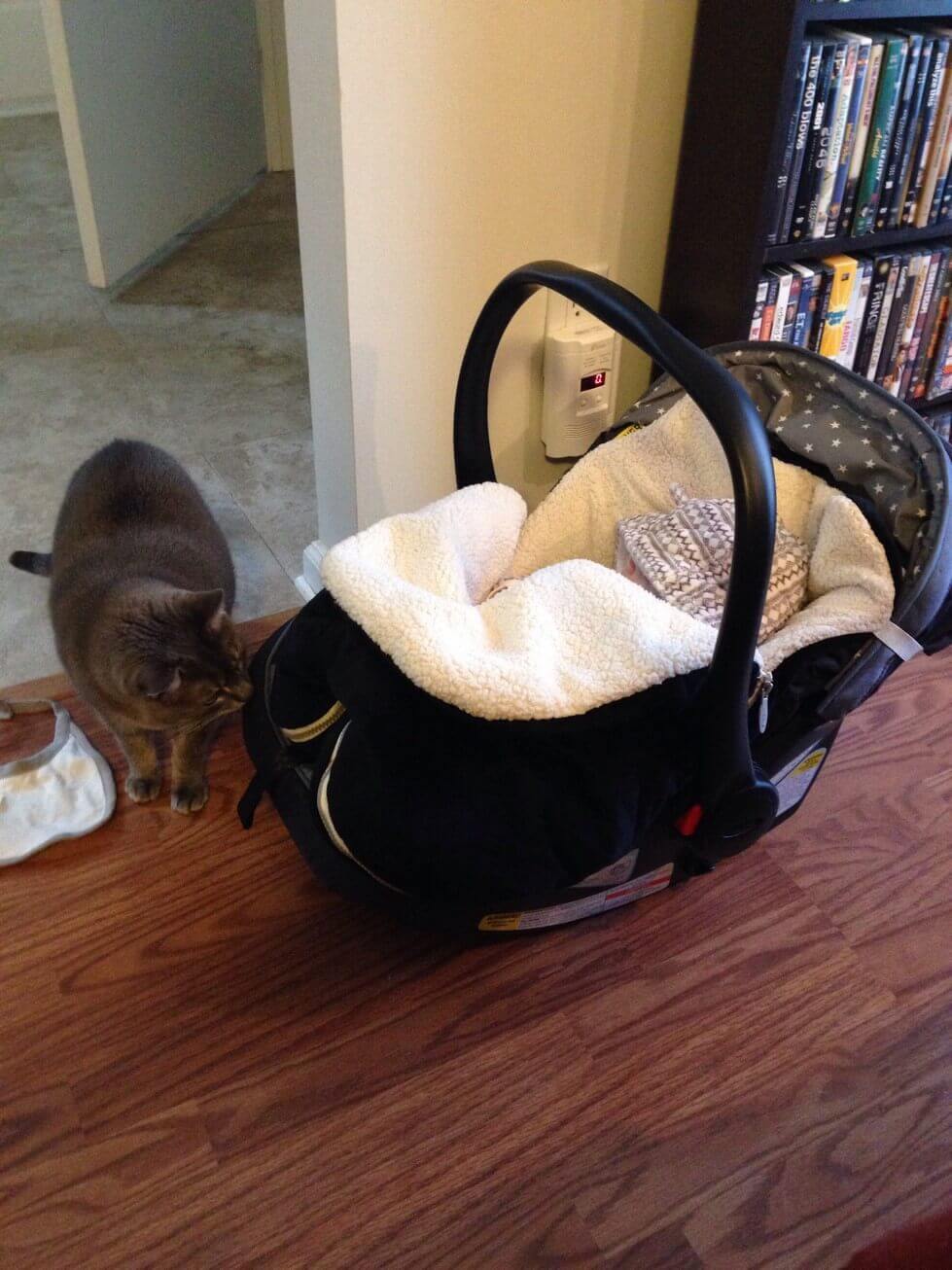 This post has taken me so long to write, that it is almost already month three! So we are almost out of the newborn stage and off to the normal baby stage. Whoo!