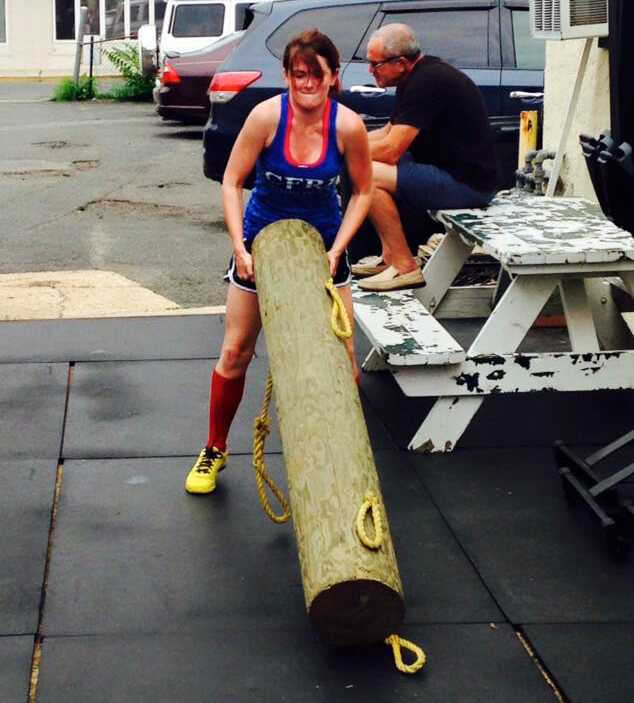 Alexa is crushing it— though I am not sure what she is doing.

Hello everyone. My apartment is chaos. Packing has begun in our apartment, and there isn’t much room for boxes. It is like a puzzle of moving some boxes to make room for more boxes, then emptying boxes, partially filling others, and then emptying it out again because space is such an issue. Last night my husband and I sat down, ate dinner, watched some TV, and I got up and had a flash of deja vu from when we first moved in. I think the only thing worse than boxing stuff is dealing with my very delicate husband. I haven’t moved often when I was younger, but I lived in a very small house. In fact the house we are buying is BIGGER than the house I grew up in. Okay, there are less rooms, and no yard, but square foot by square foot it is larger. My husband has already thrown his hands up in the air and declared the apartments officially “too full” for anymore boxes. And I have to keep calm and try and make it manageable for him while still getting the job done.

I am also so scared of boxing the wrong things too early. Like we broke down our hutch that we holding booze, stemware, kitchen appliances, and office/art supplies. So we have a bunch of art and office supplies in the living room, and I keep looking at scissors thinking “I know we need these… but I am not sure why I would need it for the move” It stumped me all day what I would need the scissors for and then sudden it hit me this morning, OPENING BOXED WHEN WE MOVE! Duh! Everything in the kitchen I am stumped about which we should pack up, or what we will need the day of closing. Shit, if I could I would just have someone pack my stuff and I would happily just move boxes all day. The heavy lifting is the EASY part.

Well, with all the moving I might not be on that much this week. I already moved my photo post from Saturday to Monday (expect that tomorrow) since we were just so busy. This will be an unpleasant week. Mostly with mediocre food as we plan on just trying to get things cleaned out. Though we will have lots of beer seeing as we keep picking up more beer boxes to pack books (they are the perfect size, just big enough to hold a lot, but not too big to be unbearable heavy). So I will try and enjoy my sweaty days and drunken nights.

Food:
I’m always trying to brainstorm ways to use my CSA produce in new ways. I get in the habit of making the same thing over and over again (like that eggplant and green bean stir-fry I linked, it’s good btw). One such dish are cherry tomatoes. I toss them in a salad, and that’s yummy but can be boring. So I was happy to see this Polenta Tart with Garlicky White Bean Spread. *drooling*

My old roommate from college is FINALLY getting married. I am so happy for them, as we were all (bride and groom, me and hubby) friends in college. So I was looking at the town near the reception and found this awesome vegan restaurant called Glory Doughnuts. Now I am not sure which I am more excited about- the wedding or the food?

Important Reads:
Apparently airplanes can use farm waste and animal fats to power engines. Although I am not loving the idea of using animal by-products, it is interesting to hear that planes are trying to use more environmentally friendly ways for fuel.

A short article about Killer Whales or Orcas that challenges what SeaWorld claims about orcas. Basically spotlighting an 103 year old orca grandmother.

I’ve been following the US soccer team in the Women’s World Cup, and it has been very exciting. Apparently the game was the most watched soccer game in the United States to date. Which brings up an issue to the world, why aren’t equal pay in sports a feminist issue?

There is a huge stigma with miscarriages and stillborns. I’ve linked this article by NPR about the issue before. But I bring it up again because I’ve read a moving blog post by author Katie Coyle. I think we need to talk about all the awkward parts of miscarriages and still borns because it is currently a secret club. Sure things have gotten better over the years. I have slowly been learning more about my Uncle Timmy. He was a still born. My Nanna and Pappy have some regrets. My Pappy said he wished he took a photo of him, my Nanna was never allowed to see or hold the baby. They were young, going through their first birth so I am sure it was especially traumatizing. With that said, I’ve gone through a miscarriage, and I am trying to be more open about it. My experience has been VERY different from Katie and grandparents, and maybe I will write about it on the blog in the future.

So several weeks, maybe even months ago, Alexa sent me this video and I was like “I’m at work, I’ll check it out later” SO after a few weeks I checked it out. This makes me so happy. Side note I loved this interview with her as well. Oddly, what she was going for works on an international level. Mindless animal talks that makes people happy.

How have I not seen this video before? Although cat park is also pretty good too.

If you are like me, the economy is confusing. No matter how many times people explain it I am left a big “huh?!” I mean I know how to deal with my money responsibly but I have no idea how it fits in the larger economy. Point is that John Green explains the whole Greece issue pretty well and everyone should watch it to know what is going on.