Tag Archives: day of the dead

Big bummer, my server deleted this post and so I have do it all over again. I mean that should be too hard to write up two reviews again. I totally forgot to write a review for Day of the Dead which I saw earlier in October. And then I watched The Brood on Halloween day. Overall we watched 14 horror films in the month of October which I thought was pretty good! And we have been watching plenty of Goosebumps, and Halloween cartoon episodes. I also was sick in October and didn’t want to watch anything that might make me feel queazy. Anyways, I hope you enjoy these last two reviews. 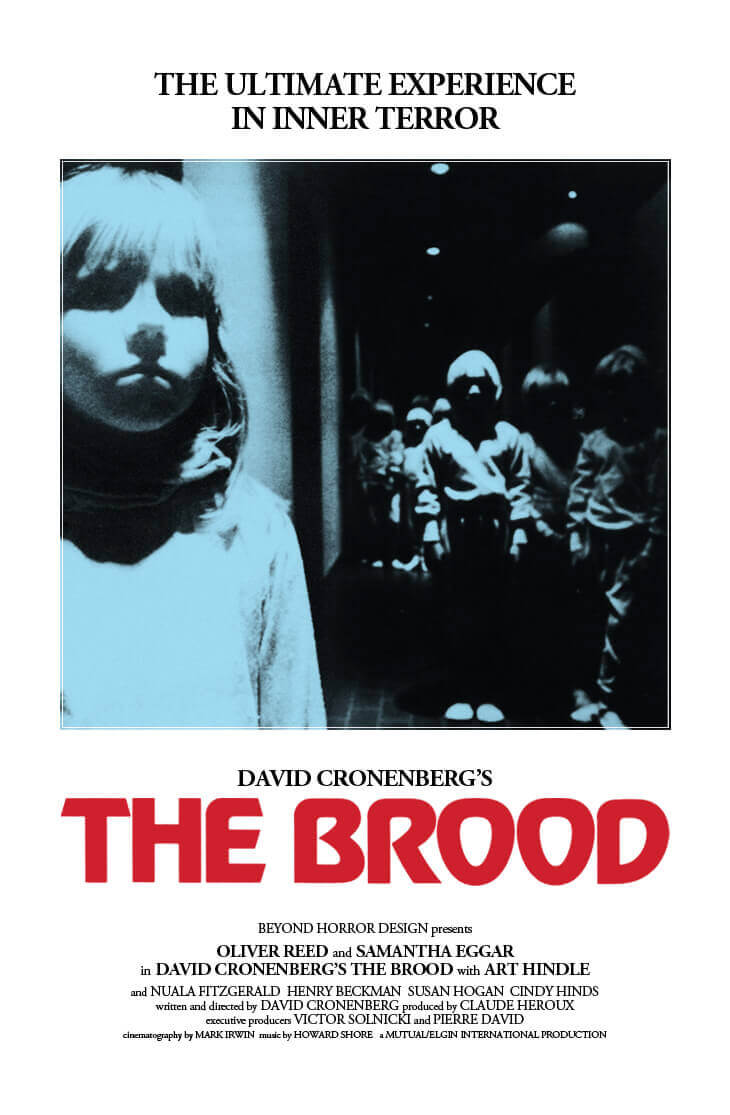 Plot: A man tries to uncover an unconventional psychologist’s therapy techniques on his institutionalized wife, while a series of brutal attacks committed by a brood of mutant children coincides with the husband’s investigation. –IMDB

Review: This is easily the best film I watched all month. I am not saying it is the best film of all time, just be best film that balances shock and gore with a great script/production. Apparently when the film first came out a lot of people thought it was complete trash, a cheap shot at the alternative mental health professionals. But the film is much more than that. It is about divorce and the difficulties children go through.

At the time of the filming the director himself was getting out of a divorce with his then wife. During the divorce process it can be incredibly difficult for the child, and depending on how the adults act, can be a heavy weight into adulthood. I’ve heard petty stories of parents refusing to go to weddings if their ex is there as well. What the heck? To show the trauma, the lead characters Nola and Frank are separated, and Nola is getting mental help to try and save their marriage. During her sessions, we find out that her parents divorced as well, with both parents drunks, implying the damage seeped into Nola’s adult life.

Even with this heavy message, the movie has plenty of shocks. There is a kill fairly early in the movie, getting the momentum in the film going. And in Cronenberg’s style there is a great mutated body shock scene, so good that I am probably going to steal the idea for my next halloween costume. Since the movie is so trashy, but uses it to convey a message (and done in an excellent way) the movie makes it a perfect halloween film. 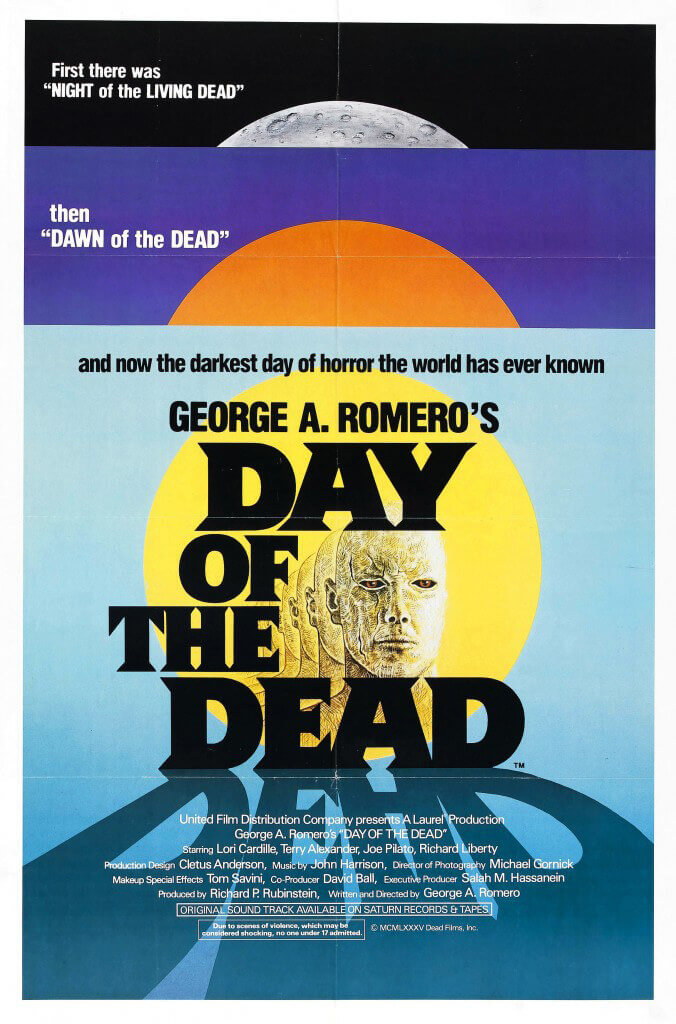 Day of the Dead

Plot: Zombies rule the world, except for a small group of scientists and military personnel who reside in an underground bunker in Florida. The scientists are using the undead in gruesome experiments; much to the chagrin of the military. Finally the military finds that their men have been used in the scientists’ experiments, and banish the scientists to the caves that house the Living Dead. Unfortunately, the zombies from above ground have made their way into the bunker. –IMDB

Review: This was the first film by George A. Romero that I watched, and that was probably a mistake. Romero is known for his zombie themes, and this is the third film in the dead series. It has also been (loosely) remade in 2008. This film is known for being gory and the best special effects, but the tone is quite different. Yes there are zombies, but they aren’t really the scary part. The scary part is the tension between the military personnel and the scientists. This makes an interesting twist to the zombie genre so I have to give props to Romero for that.

But the film is really of the times. The clothing, hair, stereotypes, music, filming styles, everything is very 80s. It is not my favorite time period so I had to focus to ignore the stylistic choices. The idea is really interesting, but the execution didn’t match up. The characters were pretty flat, which is probably why the acting was lacking. Overall I found the film decent, and worth checking out if you like watching a lot of different films.

Overall: Not the best Romero film to start with