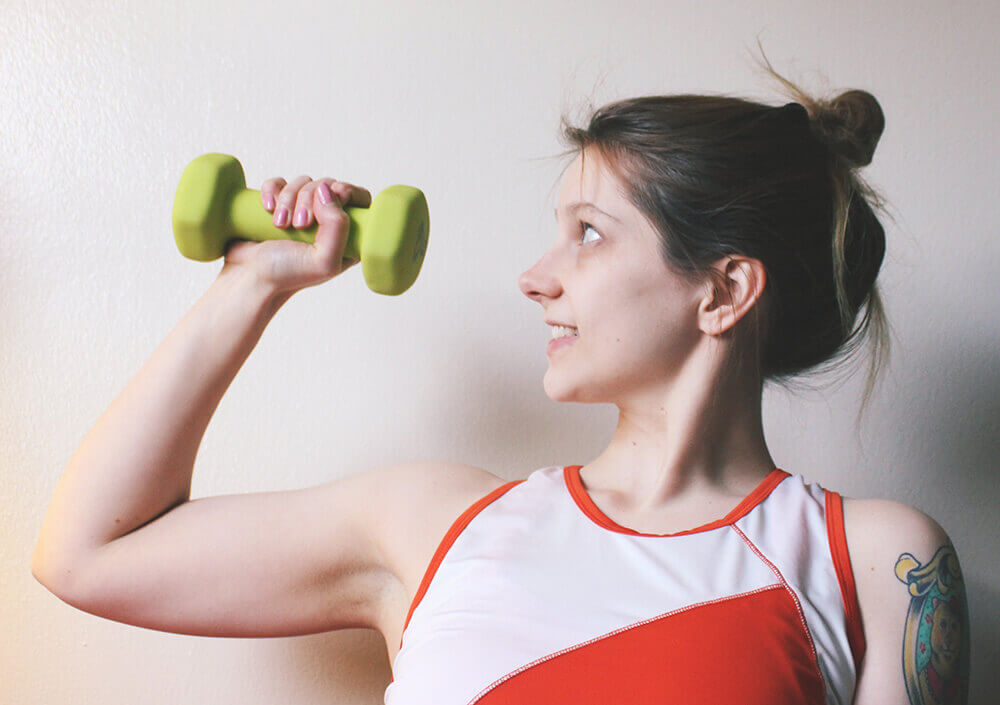 The other week I drove up north and visited Alexa. Although Alexa hasn’t mentioned on the blog (she is on a mini hiatus from writing while she gets some things in order) but she has been taken up CrossFit. She has been very devoted to it, taking hour long classes 3 to 5 times a week! She is now working out more than me! As person who works out at home, I thought it would be fun to take a class, and to see why CrossFit has such a cult like status.

There is something empowering about being a class full of girls and guys, as if, as a female, you are doing just as much work as a male. I know I had gym class with boys and girls, so when I take a class and it is filled with all women, it seems like I am taking an easier modified workout. I think this is a similar reason why I like running, I can talk about running with someone regardless of their sex. But if I try to talk about barre workouts or yoga? There are some males, but not many.

I know this point can be said about almost any type of certified fitness class. I first started with taking fitness classes with the YMCA. I can’t remember the actual price, but in my mind it was something like $10 a class. With some research, many local yoga studios are $17 for a drop in class. The location we went to is $25 for a single class. I know this is a “warped” view since most CrossFit offer a free first class and want you to pay monthly passes. So for Alexa, who pays for a monthly fee, she is probably more commonly averaging $6-8 a class.

As mentioned, I do most working out on my own. I do a lot of videos, light weight training, and running before heading into work. It fits my budget and I don’t have to add on travel time. What I wasn’t prepared for was how friendly everyone was in the class. Previous classes I’ve taken were half filled with sociable people, and half with people who kept to themselves. It was nice hearing everyone help each other out, and praise each other.

Con: I can see where common criticism comes from

There are two common criticism I read about CrossFit- people are prone to overexertion and that people are taught poor form. I can kind-of see how some people can come to that conclusion from my one class. Let me state that I don’t lift often, so I can’t say I was taught “the wrong way” to lift a barbell in class. But having so many people in a class, I can see how bad habits can form. That being said, unless you have a personal trainer, it would be worse to self teach yourself how to lift at a gym. That leaves only you to research and self correct.

I’ve read a few articles about CrossFiter getting injured badly from overexertion. My class wasn’t being “over pushed,” no one got “yelled at” for not doing something, or forced to something over again until completed in full. But I can see where people overexert themselves, if they have an incredibly competitive spirit. No, stats are being compared in class, but if you find yourself outdoing others with out being prompted, then you might ignore signs from your body in order to break records. But I don’t think this is an issue for like 99.9% of the population

This might only apply to the fact that I work mostly alone, but it was nice having a person come up to me and say I was doing a good job. It was also nice to get direct feedback, as most classes the instructor gives vague instructions on how to correct form, as to not single anyone out. So it was nice to get a little extra attention about how to lift. At the end of the class the instructor gave a “good job summery” making note of some of the achievements for the class for the day. I liked that.

I mentioned before that the best way to get your “moneys worth” is to do a monthly membership. And that might not be a possibility for everyone. I find it hard to fit in working out, but I do it because it makes me feel happier and healthier. So trying to fit in my schedule an three different hour long workouts during the week, that would probably need an extra 30-40 minutes for travel and prep time would be hard. Which is why I like the idea of studios with open classes, that have cheaper individual classes so I can maybe take one a week, or less. I find this problematic as well since I like doing lots of different things, some days I like the major burn of a barre workout, some days I just want cardio, sometimes I want to lift. CrossFit seems to only have room for CrossFit.

BUT this can be a pro. Because of this, I think some beginners are much more committed than they would be. If you sign up and can’t make it to many classes, you might feel more motivated to get your moneys worth and go to more classes. You start working out a schedule and you will be taking classes with the same people, you make friends, and you have even more motivation to go.

Putting all the pieces together, I can see why CrossFit has such devoted members. It does a great balance of cardio and weight training and builds a great community to surround yourself with. It can be great for a beginner to get just get the ball rolling. The biggest downside for me, is that it is easy to get stuck only doing CrossFit.

Any CrossFitters reading? What makes you love CrossFit?