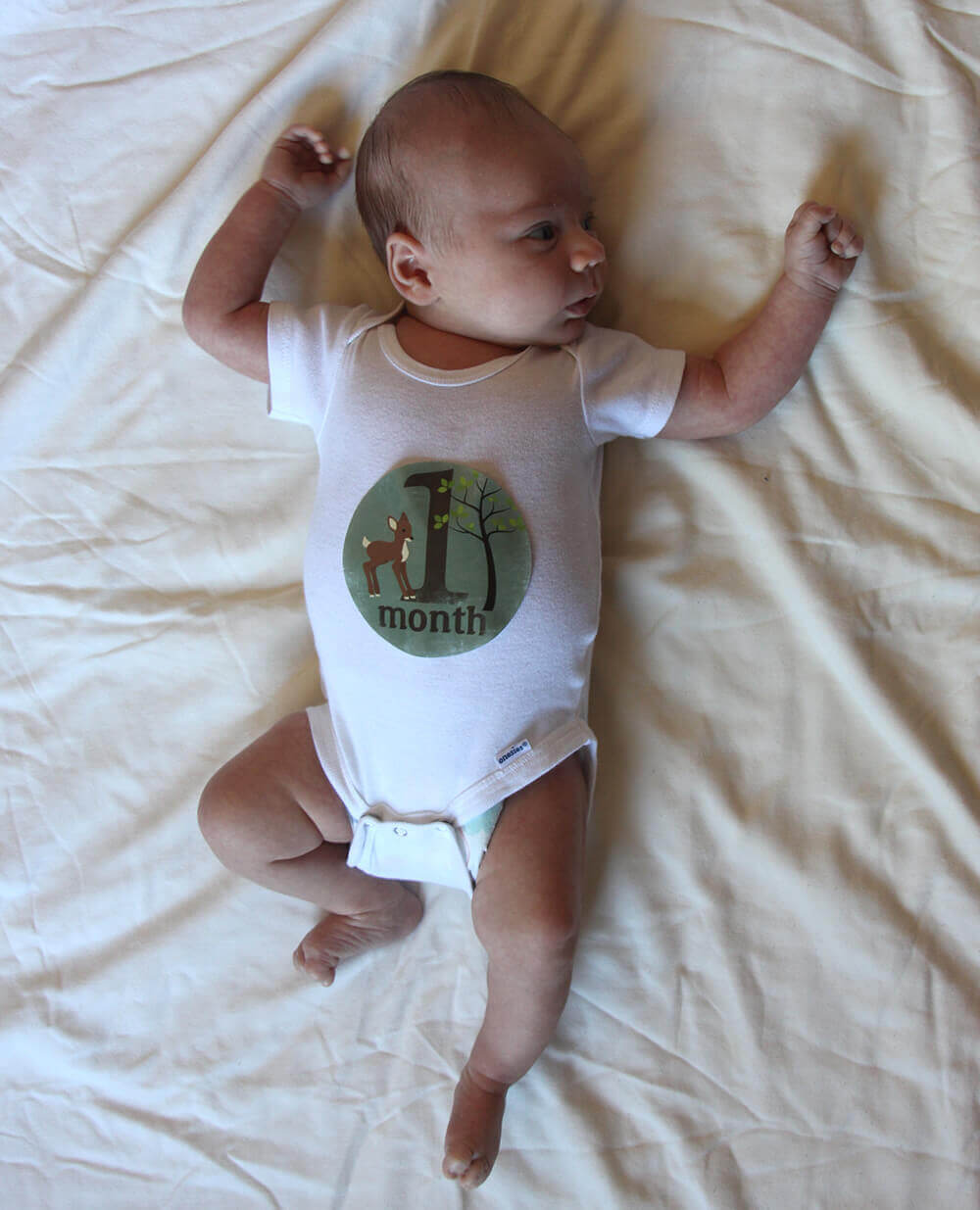 Let’s start with me. I am all healed up and for the most part my body feels pretty much back to normal. Except for my boobs. Breastfeeding has been a little bit of an emotional challenge. I had a hard time having to be the only source of food for the first week or two. Sadly, I am convinced that I am made for baby making. Fast delivery, very minimal tearing (for such a huge baby), and I am making lots and lots of milk. Breastfeeding wasn’t that hard to pick up, probably because I’ve been using nipple shield. Luckily I have been able to pump, and have successfully transitioned to a bottle, making it possible to share the feeding workload. But sometimes it is hard to find the time to pump, but I am sure it will get easier as Wolfie gets older.

In fact feeding was such a problem at first. It felt like I was nursing every hour, and when we went to the pediatrician Wolfie lost more than 10% of his body weight dropping from 8lb 13oz to 7lb 15oz, which is problematic. We scheduled another appointment to get reweighed. BAM- it really felt like I was nursing all the time, except it became obvious that my milk had come in. All I had in my head was Rufus is a Titman at every feeding. When we came back, he weight 8lb 9oz, gaining 3oz each day. He is still a little eating monster, growing out of some of the newborn clothing before week 2. By week 3 we have only one fleece onesie that still fits. 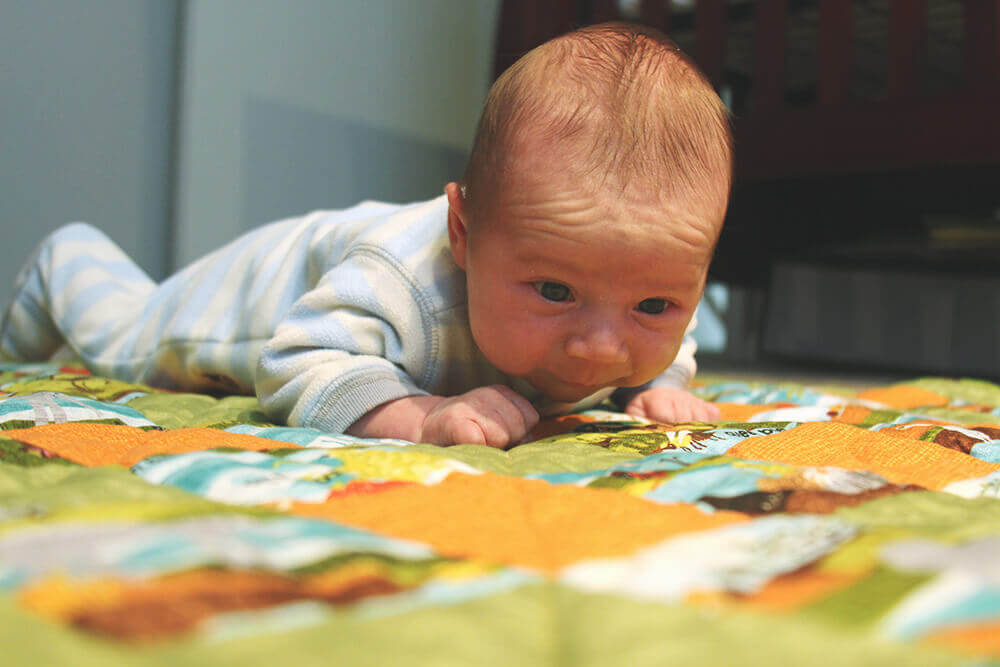 Before we even reached week 4, we started Tummy Time. If anyone doesn’t know, pretty much to prevent SIDS (sudden infant death syndrome) you are suppose to put baby on their backs for sleeping. Because of this, babies can’t practice strengthening their necks, backs, and therefore can’t learn to crawl. So you are suppose to watch baby as you place them on their tummies for a few minutes. Well, Wolfie has such strong neck muscles I figured, why not? Naturally I am setting myself up for disaster as the second he can roll over, he has to stick with crib for sleeping, not the vibrating rocker that makes it easier to put him to sleep at night. But I welcome this new baby who can entertain himself.

As for me? Well, I think it is true what people say, you will never be prepared for what it is like to have kids. I had some idea of what it would be like, and the first two weeks weren’t as bad as what I thought it would be- but it is was still really damn hard. I think what I wasn’t prepared for was the healing I had to do. The first week or two involved lots of steps in the bathroom while everything healed. And since I was in labor during the night, I was just so exhausted and never was able to catch up on sleep. By week two I was just so tired of taking 10 minutes to have to pee, and waking up every 2-3 hours. It is particularly hard if you plan on breastfeeding. At first it didn’t dawn on me that it would be harder. It wasn’t until I realized there was no way Jon and I could take “turns” at night. It would always be me to feed him. Which meant I will always be the one to wake up in the middle of the night. Okay, that isn’t true. Now that we have reached 4 weeks, Wolfie isn’t feeding every 2 hours, that means finding time to pump is easier. I have also reached the point where I am being a little more relaxed to the idea of using formula. Overall, I am not sure if I will continue to breastfeed. It takes up so much time. Some days I think it isn’t so bad, and then other days I think all I want to do is just pass him off to someone else.

Luckily, Jon was able to take two weeks off from work, and since Wolfie was born during the holiday season, he had a few bonus days off. Sadly because of the holidays it made things crazy for the first two weeks. Yes, we got to play “pass the baby” during parties, but it meant a fussy baby. Then we would hear all our relatives saying “oh that’s just what babies do!” but in my mind I am just thinking “it isn’t that way at home, so no, it isn’t what MY baby does.” The worst was Christmas Eve to the day after Christmas. It was just shlepping Wolfie from house to house. By the third day, I just wanted to nap, and I was spending time with a relative that I don’t particularly get along with.

I am also super thankful that my Mother in Law loves babies. I am not particularly fond of them. I know many people might scratch their heads at that idea, but I love kids. Hell, if I had the option, I would of spent more time pregnant if I could give birth to a toddler. It would totally have to be a c-section, but that is besides the point. It kind-of drove me nuts when people would say things like “cherish him now” or “how can you not love this face?” It made me happy when I listened to the podcast One Bad Mother, and the person they were interviewing said staying home with kids was boring. And she said how she loved it more when her kids got older. Anyways, since my Mother in Law loves babies so much, I have been able to get a few hours or days to myself. It is nice and refreshing to not have to lug a baby all over the place.

That doesn’t mean I don’t love my little nugget. Everyday I am growing a stronger bond with him. But I think it is more “fun” to see him grow. He hasn’t made that many advancements yet, except getting massive, being able to hold his head up more, and being more alert. He is starting to see better, and loves to just look at things. But again, that doesn’t really give me much to do with him. I see my Mother in Law dote on him, and I don’t see much of a difference between what she does and playing with a doll.

Oh and speaking of him getting massive…. dear lord is he starting to get hard to hold. I mean, it is fine until I stand trying to rock him asleep at night for 30 minutes. My muscles start to burn. My muscle endurance are really being tested in my arms, abs, and back. He is now grown out of all of his newborn clothing, and there are some other clothes that are too snug/a pain to put on him. The other day there was a day he just kept eating, and eating and eating. I was fed up, walked downstairs and mixed up 4 ounces of formula. I told Jon if he looked hungry to feed him that bottle. I was pretty convinced he was just sucking my boobs like a pacifier, because you really have no clue how much milk is going out when feeding. Wolfie ate the whole 4 ounces, and that was after feeding for 45 minutes an hour earlier, and eating another 45 minutes from me within the next hour or two. The kid clearly was going through a growth spurt, I just wasn’t prepared for it.

Now I am moving to the second month, and I will be welcome it since he will be getting closer and closer to being able to entertain himself a little. I am also hoping he gets even better at holding his neck up. He loves to be held upwards, but his neck muscles get exhausted fast and he flops all around.