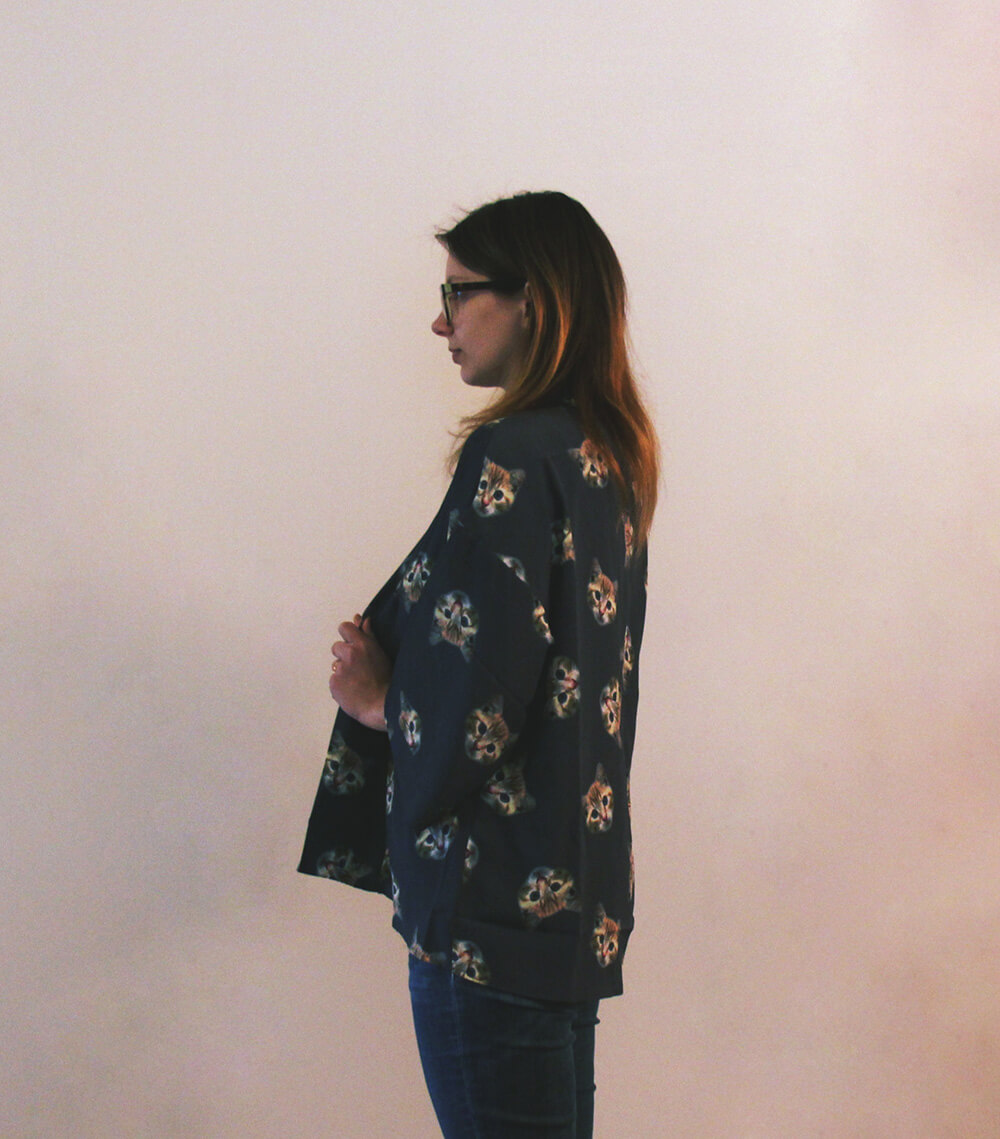 Happy New Year everyone! I love January since it gives a nice resting period after the crazy holiday season. Once all the hustle and bustle of December is done, it gives you a chance to reflect and set new goals. I know a lot of people dislike the idea of a New Year Resolution, and I usually agree with those ideas. I mean if you need a change in life, why wait until January? Some of the things I want to work on I’ve already started in December, but I now have the time to focus on them.

But I always like seeing blogger reflect over the year, and making solid lists of goals. I especially like it when they make a list and write about what they did and didn’t get done. With that in mind, I will copy and paste my goals from 2015 and write if I was successfull or not.

Drink Less Booze – Hmm… I think I failed this one. I am pretty sure I drank more booze than I did last year, BUT I did change one important thing- I am drinking less beer because I’m bored. I think the year before I was drinking it too often before dinner when my husband was working late. I didn’t like that. It felt like I was hiding beer bottles because I felt bad that I was drinking more than him. Now it doesn’t quite feel that way, but I am still drinking on a fairly daily basis. It won’t last… but I won’t go into that just yet.

Run and Workout More Often – So this was also a kind-of fail. I was doing pretty good for awhile, but then when I moved I messed up my foot, putting the whole exercise thing on the back burner for awhile. Pretty much this is a repeat goal for this year.

Kick the Coffee Habit – Yey! Something I accomplished! I still probably drink more coffee than what I pictured when I first set the goal, but I don’t feel the NEED to drink it like I did last year. I drink often, but I don’t noticed when I don’t drink it, which was what I was hoping for. I think a lot of the reason is that I stopped drinking the beans from Starbucks. I swear they add caffeine to their coffee.

Have a Cup of Tea Each Night – I know why I set this goal, less binge eating at night, and I think I am worse than ever. Time to reset that goal.

Pay More Attention to Vegan Clothes and Beauty Products – I have to say I am doing really well with this. I have gotten a lot of new lip balms that have beeswax from Christmas gifts, but some I gave away. I have been much better at checking companies and ingredients before heading out. I even like getting some of the beauty boxes, and will have a review for Petit Vour soon.

Start taking a photo a day – I didn’t REALLY get a photo a day, but I didn’t do too bad. I missed some days, and I fell of the wagon towards the end of December. But I will add the photos from last month soon, but you can see the other photos with the 365 2015 tag. Truthfully I was thinking about doing it again this year but my new place is very boring. Yeah I get lots of light, but I don’t walk around as much as I use to, and the area isn’t as dense with cool things. It feels a little devoid of life and the roads are packed with fast cars. Maybe next year.

Get Out of My Apartment – Accomplished! It is a little sad that we didn’t get a single family home and got a rowhouse in a development, but you gotta start somewhere right? I am a little sad but I am a little relieved to not have to worry about lawn maintenance… yet. We are working slowly to make our house look and feel like a home, and it is slowly growing on me.

As mentioned before, I wasn’t doing so hot with my working out in 2014, and I was doing pretty well in 2015. I was a little stressed with trying to balance my new schedule and finding a new house. Then I kind-of started to hurt my foot, and it was all down hill for the move. I just started to get back into the swing of things in December. My general goal is to work out 4-5 days a week, two days strength training, two days running, with a floater day to pick and choose a workout.

I hear so many people saying how much meditating helps keep them grounded. I am feeling pretty overwhelmed by new home, and oddly the “calming” enviroment makes me stressed! I feel like people have new obnoxious driving methods, it takes forever to drive places, and the walk and run anymore is unpleasant. I think meditating and doing yoga will help me out. I am trying to do Yoga Camp on YouTube, and I really like the instructor. I am only on day two, and I technically started to do the challenge that was done last year, before hand. I am already starting to really enjoy it, and her methods. After yoga camp I might just do meditation, but I haven’t decided.

After moving I really got worse with my late night binge eating. I am not even hungry and some nights I went to bed felling like my stomach would ooze out if I felt asleep on my tummy. I don’t like feeling this way, and I am not burning calories to need all this food. I am trying hard to listen to how much I want to eat, and to not feel like I always need to snack. I am trying to drink more tea, and keep better entertained. Really focus on what we are watching, or do something else other than watch TV, play a game, color in a book, read a magazine, etc. Otherwise I am great at listening to my body during the daytime.

I set the goal last year, and I want to stick to it. I think last year was a flop in part because I tried to read a book that was almost 500 pages! Ack. I am a slow reader, so that took most of year to read. I also stopped reading and reviewing cookbooks the way I use to, so that kind-of took away from my overall numbers. So I want to get back to that.

Start trying to get pregnant

Cats out of the bag! I want to have a baby. It seems weird for me to say it since so many blogs I follow are run by people who don’t want to have kids. Sure there are some with children, and I get both ends of the spectrum. In fact I am kind-of in the middle. My husband and I decided we would start the journey of trying conceive, and I am not sure if this will be a fast or slow process, nor do I know how much I am willing to try and get pregnant. But the important thing is that we are starting the journey.

Oh such a materialistic goal. But I think it is a good one. We currently have once couch and it was donated to us from my boss, who was getting rid of some of the crap her ex-husband left. At the time our current couch had a broken foot, and I was tired of Jon trying to periodically fix it. Now that we have the space, we would like two couches because 1) we might get a third human 2) sometimes we both want to read a books in the living room 3) we both want to stretch our legs at night.

I want to hike around more, and I don’t have any specific goals like “hike x amount of miles” or “do a trail once a month.” I know that it needs to be somewhat organic, for example I wanted to hike on New Years Day, but it has been so rainy the past few days that I thought it would be a muddy mess. We now live a little closer to Wharton State Park so we might try longer hiking trails, and maybe travel up north more often for different trails.

Visit a new vegan restaurant with Alexa once a month

Alexa doesn’t know this one yet, but I want us to hang out more. I also want to try more restaurants. I don’t eat out often, and sometimes I feel bad for not supporting local businesses. So I want to make more road trips into New Jersey, and post them in the blog. Maybe check out a few new places in Philadelphia too. Overall I am hoping to eat out with Alexa 12 times this year… so cross our fingers.

Watch a Movie Once a Week

I’ve probably mentioned a few times on the blog that I went to college for film and digital video. My husband went to school for screenwriting. You would think that would mean we watch movies all the fucking time, but we don’t. Jon really likes watching TV Shows, which is the medium for screenwriters. I miss watching movies, and I want to take the time to watch them much more. Perhaps I will post a small review each week with Sunday Reading post, to keep me on track.

So my Mom and Aunt mentioned I should look into becoming a dietitian, and it actually has been something that I’ve been wanting to do for awhile. I’ve waffled back and forth with it just because I was a little scared of what the clientele would look like. But I am  slowly finding out that I know a lot about food and nutrition to the degree that it is starting to bother me I can apply it something. I am in the early stages of trying to figure out what type of certification I want, and it might be a process that will take 2 or 3 years, but you have to start somewhere right?

Alright guys, I hope I didn’t bore you too much. What are the goals you are aiming for this year?