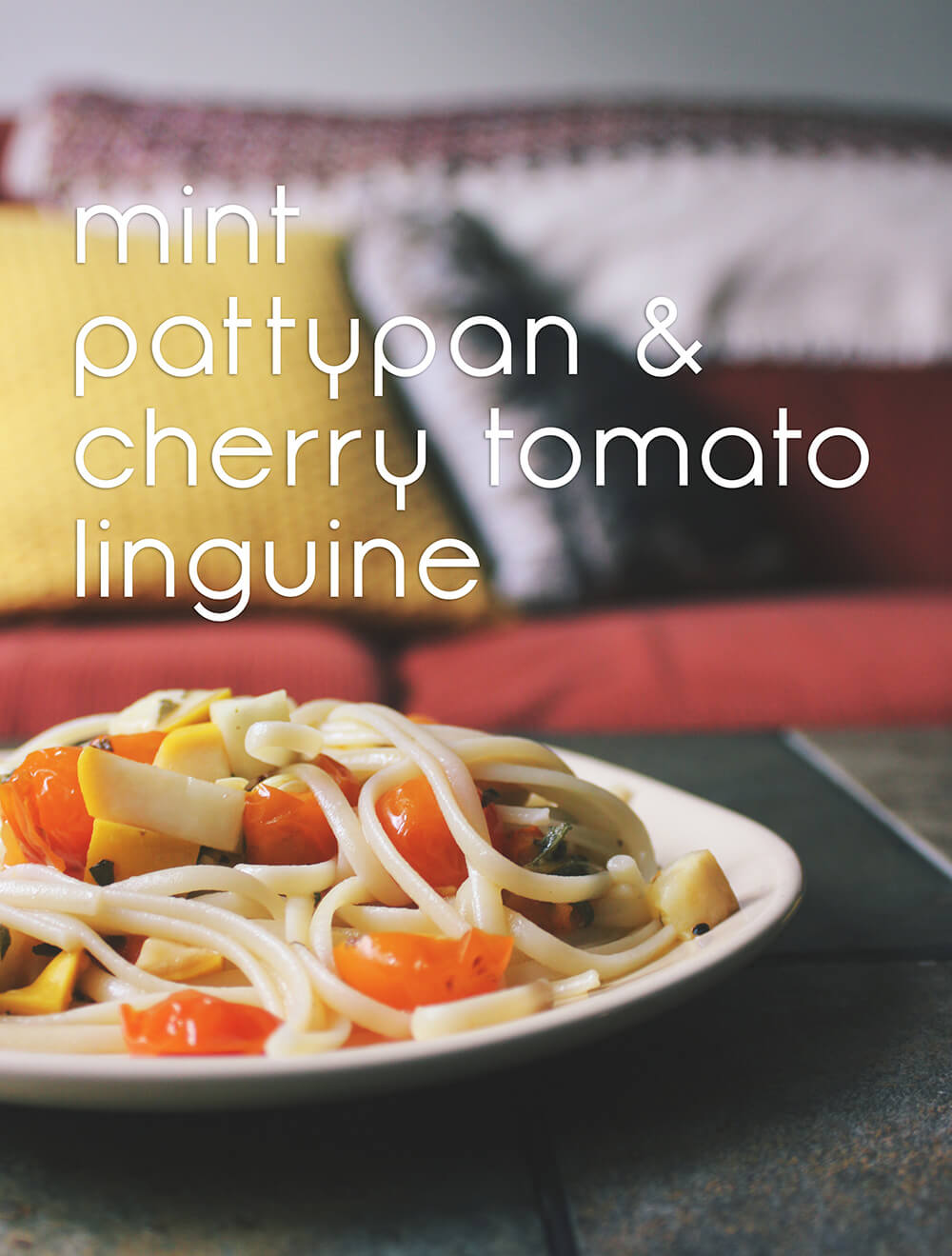 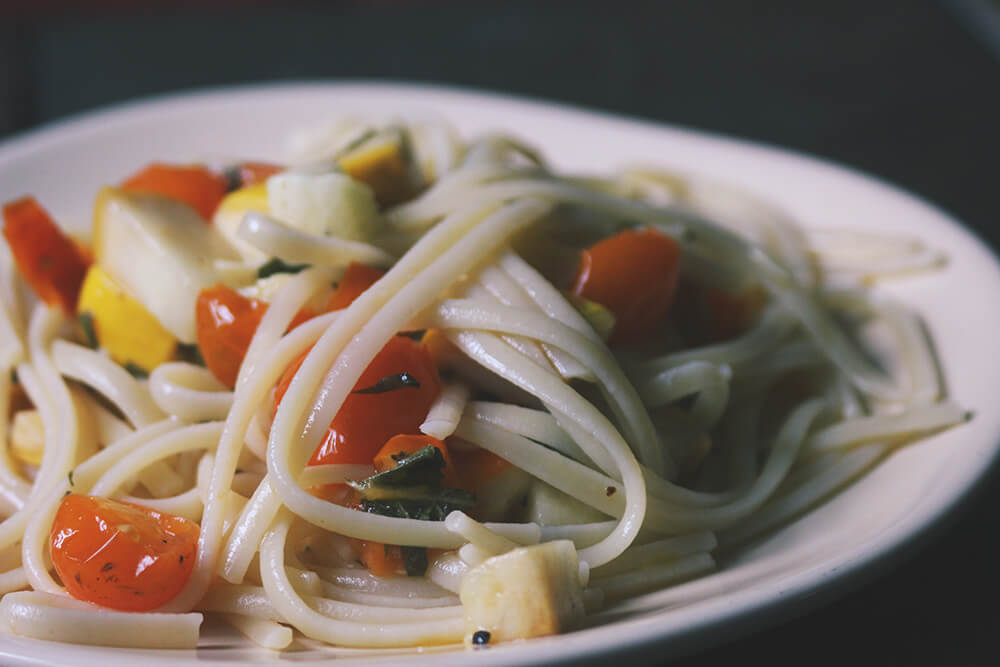 This dinner is pretty easy to put together, especially on a weekday. You can chop and roast the veggies in 30 minutes, and only using about 10 minutes of active time. Let them sit at room temperature marinating. When you get home from work, just boil pasta and toss. As simple as that. The clean up is pretty easy as well.

I was reading in Vegetable Love about pairing mint with summer squash and it sounded amazing. But I thought it might taste pretty great with a little acidic tomatoes. While they sat and mingled, the veggies released some of their juice and created a sauce which I figured would taste great with some pasta. Boom! A simple yet boldly flavored recipe. 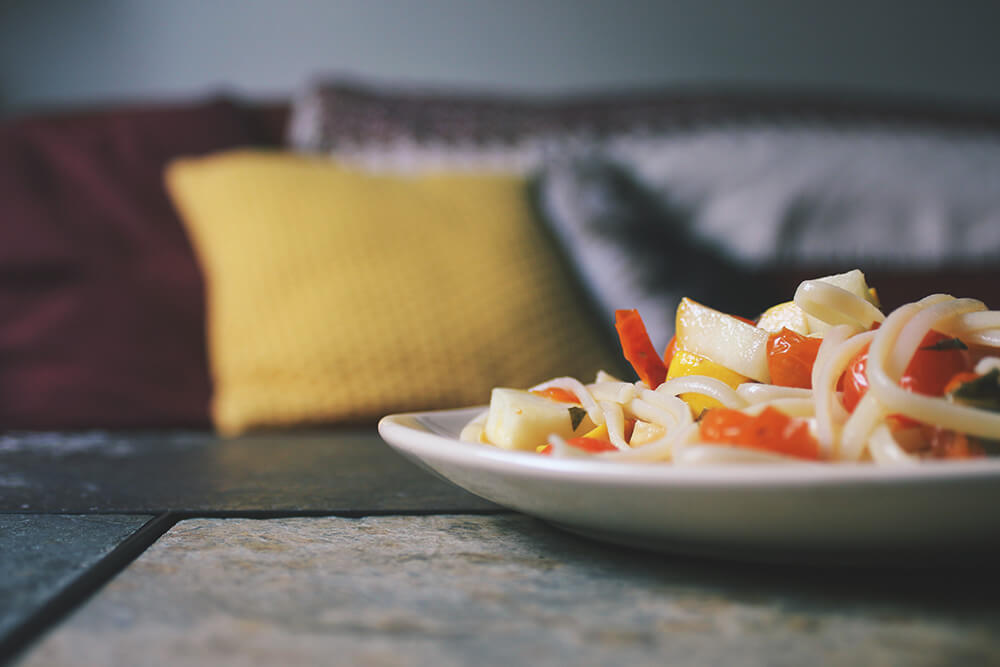 If mint isn’t your thing, pretty much any fresh herb will taste great. Basil, rosemary, sage, whatever. Go for it. But I do suggest still giving it a try. My husband hates mint with food. Mint and chocolate is his least favorite. He describes it as brushing your teeth before eating food. This dinner I slyly handed him a plate. After scarfing it down he said it was one of my best dishes. Just saying you might be surprised and won’t know until you try it!

It is also worth noting that you don’t need to use pattypan squash. You can happily use yellow squash or zucchini. They end result might a slightly more tender squash, which is still really nice. Pattypan squash was what I had in the fridge from the farm, so I used it.